Home - I feel the earth move under my feet

I feel the earth move under my feet

Creepy crawlers they may be but, they are the very reason for a bountiful harvest, to ‘burrow’ a lesson from the humble earthworm. And Sok Sothearath (pic below) knows it.

“Eighty percent of Cambodia’s population resides in rural areas, and around 44 percent of the total population was directly engaged in the agriculture sector in 2017. The primary agricultural commodity is rice. Other major crops include cassava, maize, mung bean, and soybean,” according to the latest overview of export.gov.

Understanding the potential geographical areas of Cambodia, Sok Sothearath had a vision to help farmers align their available resources with technology, to change their status quo. After her high school graduation, she enrolled to major in Agronomy at Royal University of Agriculture to further her goal. 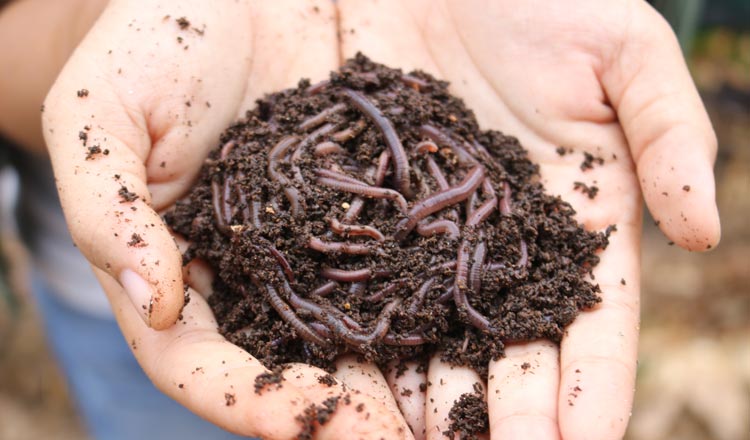 Ms Sothearath’s vision became more precise two years ago when she volunteered to work in a Muslim community in a remote areas of Kampong Chhnang province. This volunteer work stems from her deeply rooted passion.

“People in the community live with a very traditional way in which money is not necessarily needed in their daily lives. It intrigued me to learn more about them. After living with them for a while, I got to learn their living style, agricultural techniques and way of interaction with outsiders. And these are the reasons for my ambition to find ways to improve their lives here,” said the 23-year-old Agronomy student.

Since Ms Sothearath is strong-willed, she always tries to find a way to make her goal come closer. Half a year later, she got a chance to intern with one international organisation that deals with disabled people. That chance inspired her in so many ways to treat her plan more seriously.

She elucidated: “Since I have to find out what would be potential jobs for disabled people as part of my role, I have to do a lot of research. There are many feasible ways, yet I thought raising earthworm is the easiest and the most productive way for them since it does not take much time and caring. It needs only two times per week to feed and pour some water. And it leads to visible results.”

She added, “Earthworms have a lot of benefits as a source of fertiliser for vegetable, as food for animals and so on. It is significantly substantial for soil (regeneration). Fortunately, a few months later, I visited Thailand and had a chance to visit an earthworm farm there. It boosted my interest even more.”

She introduced two types of earthworms to the villagers, which are the Red and African Night Crawler which generates a lot of fertiliser. The worms feed on cow dung and food scraps and their digestion and burrowing in the ground turns the compost into fertiliser which means better agricultural produce. 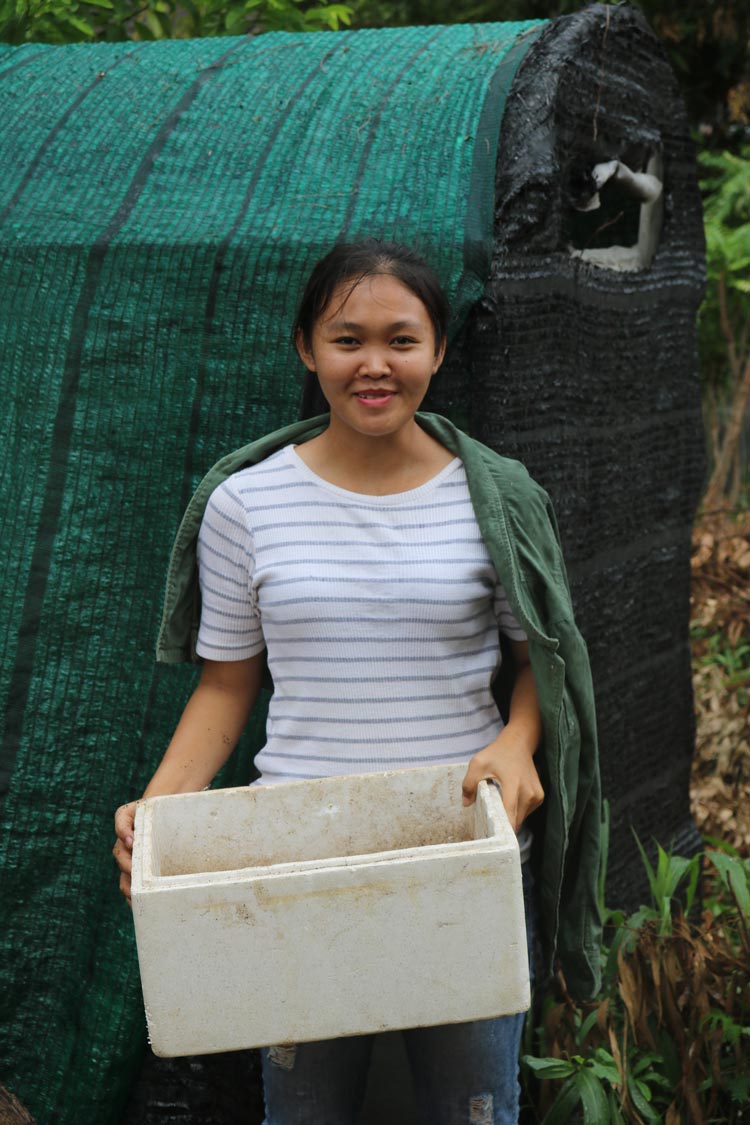 Back from Thailand, Ms Sothearath went back to the community and told people to raise earthworms as it could be a source to generate income, yet people were hesitant to expand it on a large scale.

“As I’m working in a Muslim community, it takes a lot of time to convince people to implement raising earthworms using the technique that I recommend. By far and large, people were hesitant because of cow dung and they find earthworms queasy. Cow poop is a significant food for the earthworm. Hopefully, there was a family interested to implement this project and so I helped them to set up a worm farming shelter.”

“After the man saw a noticeable result, he is now expanding his farm large scale. He can collect the fertiliser (produced by earthworms) weekly to sell. At this stage, I helped him as a salesperson to strike a deal between buyers and sellers. By seeing this growth, there are (now) three more families interested to experiment with this project,” said Ms Sothearath.

By projecting her startup in the community, Ms Sothearath is impressed by the remarkable growth of the people. Yet at the same time, she also sees other real challenges such as no (reliable) source of water for watering their crops.

“Some people use that (worm) fertiliser for their crops. It is really tough during the hot season because there is no water storage. People find it hard to irrigate and find water for daily consumption. Though it does not directly affect my project, yet it is a core reason that discourages people from planting crops. To solve this problem, I can only ask for funds to build a pond there.”

Currently, Ms Sothearath is still struggling to find funds for building a pond and an earthworm farm for the community. She also aims to inject this project in other remote areas which she believes will help the community grow.

To borrow the song from Carole King, do-gooders like Ms Sothearath has made the villagers understand that the ‘Earth Moves Under My Feet’, literally.

Did you know? Sbek Thom