He said that at about 7pm on Saturday, the suspect and colleagues drove to the restaurant in the district’s Kak commune and had dinner and beers.

Cap Bunly said that at about 9pm, Maj Samnang became drunk and got into an argument with two other customers.

He said that during the argument, the suspect became angry and took out his pistol and fired three shots in the air before fleeing the scene. 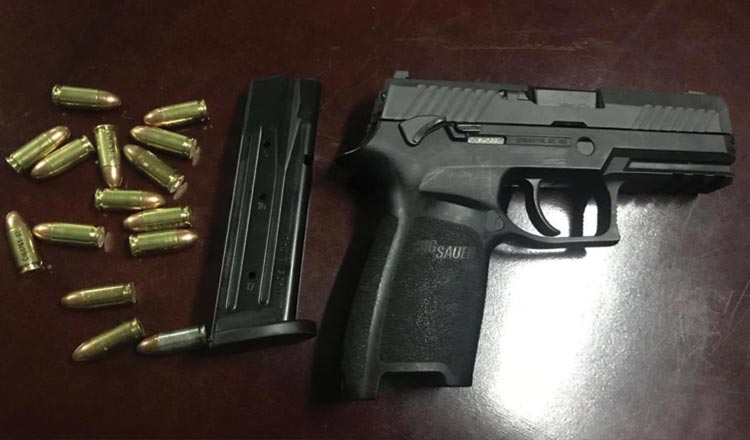 “He became drunk and had an argument with two other men in the restaurant,” Cap Bunly said. “He then fired three shots in the air to threaten them and luckily no one was injured or killed.”

He noted that after the shooting, Maj Samnang managed to flee the place but was arrested by district military police forces in the commune.

Cap Bunly added that after the arrest, police seized a pistol along with 15 unused bullets from him.

He added that the suspect is accused of illegal use of a weapon and will be sent to the provincial court today.

Stop using distorted news about China’s military base in the Kingdom: Hun Sen