When she first took the stage with a song called Evil Husband in 2016, Vartey Ganiva was immediately labelled Cambodia’s first Queen of Punk due to her ‘unusual’ taste in music. Three years into her career, the 26-year-old said she has found a new sound that fits her best. Anith Adilah Othman speaks to Yab Moung Records’ co-founder to inquire further on her newly-revamped repertoire.

GT2: What has changed since you released Evil Husband in 2016?

VG: A lot. Last year, two of my bandmates and I went separate ways. I have since played with a new guitarist and a new drummer, experimenting along the way to find a new ‘sound’. 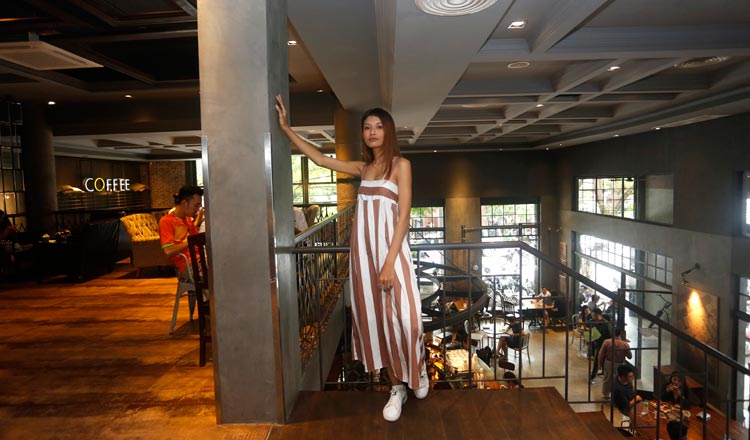 GT2: Do you have a new name for this new band?

VG: Right now we are just known as the Vartey Ganiva band. But only while we are in the process of finding a new name. This kind of things take time.

GT2: With a new name, do you also have a new musical direction?

VG: Yes, in a way. People associate me with being the ‘punk’ girl but as the time changes, I want to try out a new sound. I will still give my 100 percent on stage but with the new band, it won’t be ‘punk’ because we play around with the arrangement to make it a bit funky.

GT2: Why did you decide to change your sound when you were already making a name for yourself as a punk princess?

VG: Sometimes, when you start doing music, you are still uncertain of where your interest lies and you only discover it as you go along. In the beginning, I really liked performing punk but after a while, I realised it was not going to be my sound forever. After toying with new arrangements, I found that this new style suits my voice better. 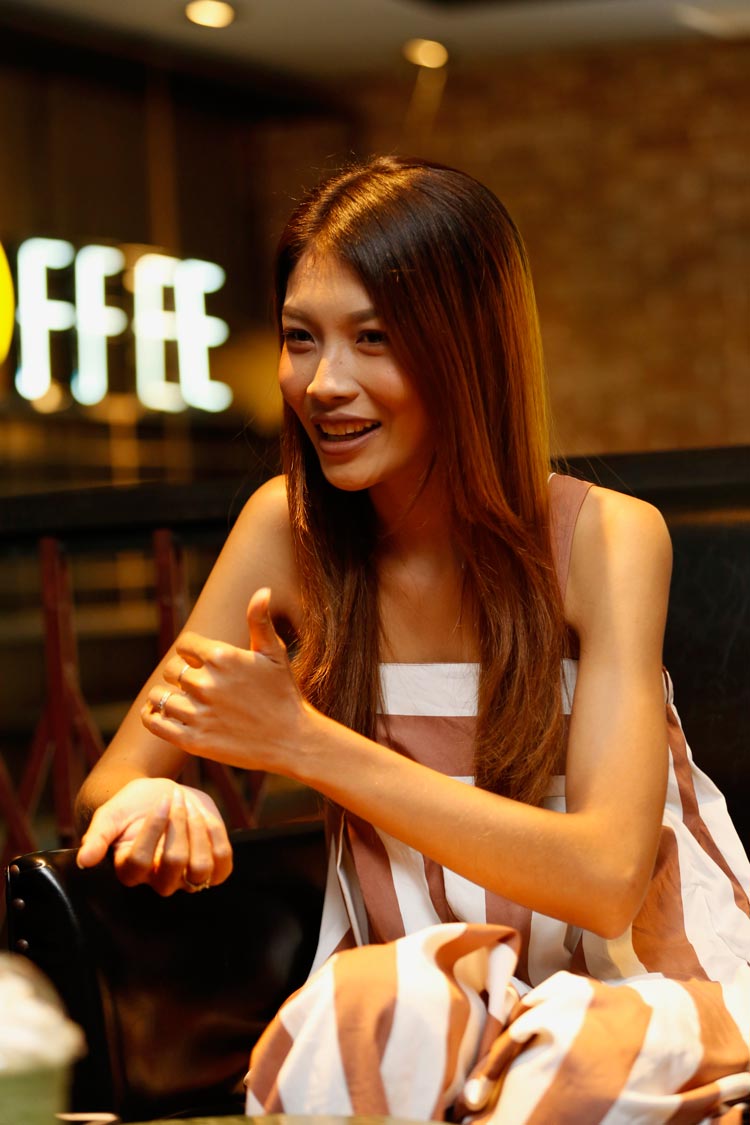 GT2: Can you describe this new sound for us?

VG: I am pretty sure that there is no other band that sounds like us. You just have to wait for our upcoming show on July 27 to find out more. I hope everyone will enjoy it.

GT2: Could you tell us more about this upcoming show?

VG: So this July 27, my band and I will be sharing a stage with Samrocker Band at LF Social Club. I am looking forward to this gig because the other band also has a female lead singer. They are all Khmers too. Expect the unexpected.

GT2: As a songwriter, why do you think it is important to highlight social issues through music?

VG: In Cambodia, we already have too many love songs. Everyone wants to sing about love but not the real issues — women’s rights, the environment, or even poverty. I want to produce something that can help educate and raise awareness among my own people.

GT2: What do you think of the music industry in Cambodia?

VG: It is growing slowly. It makes me happy when I go to gigs and watch local bands perform songs that they personally wrote. There are bands like Doch Chkae who is embarking on a global tour, which is really exciting. I hope some day, Cambodians can produce high quality music on par with the rest of the world.

GT2: It is still a male-dominated industry. What are your thoughts on this?

VG: Unfortunately, a lot of bands still have male-only members. I have been trying to get other women to play music but it is difficult. Most of them could not pursue music because their family objectss.

GT2: What about your own family? Are they supportive of your career choice?

VG: I am not a full-time musician, I am also an accountant at a local non-profit group. It did take a lot to convince my family. My father paints and my grandmother writes poetry so they are artsy people. They supported my singing but not the choice of genre. They were worried it might strain my vocal chords. But now, they are my biggest fans ever.

GT2: What other projects do you have in the pipeline?

VG: We have enough songs for an EP but I don’t think we are releasing one just yet. Hopefully, we will record one song by the end of the year. So fans, keep a lookout.

Youngest Glamazon in the land