“The environment is our lives!” said evocative painter Chan Sophorn.

It was in 2009 that Mr Sophorn started his trekking adventure in the forest of Siem Reap and Preah Vihear. He was enchanted with the singing birds, the magnificent tall trees and profusion of a green landscape. Until woefully, Mr Sophorn soon came across solitary trees standing in big clearings. At times, he even bumped into the ‘wood-cutters’.

“All I could do was to sadly stare at them cutting down the trees. But as an art student in painting, I was consciously aware of what I could do, to respond to this problem,” said the Royal University of Fine Arts (RUFA) student, in sordid reflection of his past discoveries. 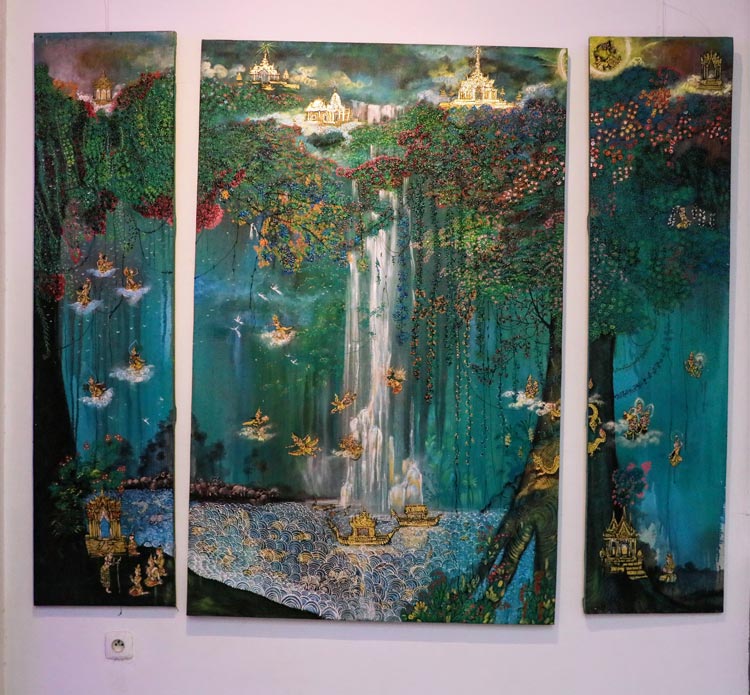 After graduating from RUFA, Mr Sophorn won a scholarship for a Masters in Western Painting at Sangmyung University, South Korea, in 2011. Though he grappled with a different language and culture, he managed to highlight environmental issues and deforestation of some Southeast Asian countries, especially Cambodia, through his paintings.

“When I visited the mountains in Korea, the beauty of this country reminded me of the tragic memories I had encountered back in Cambodia. So I proposed environmental paintings of Southeast Asian countries as my project. My professor supported me,” said Mr Sophorn on the subject for his Masters degree. 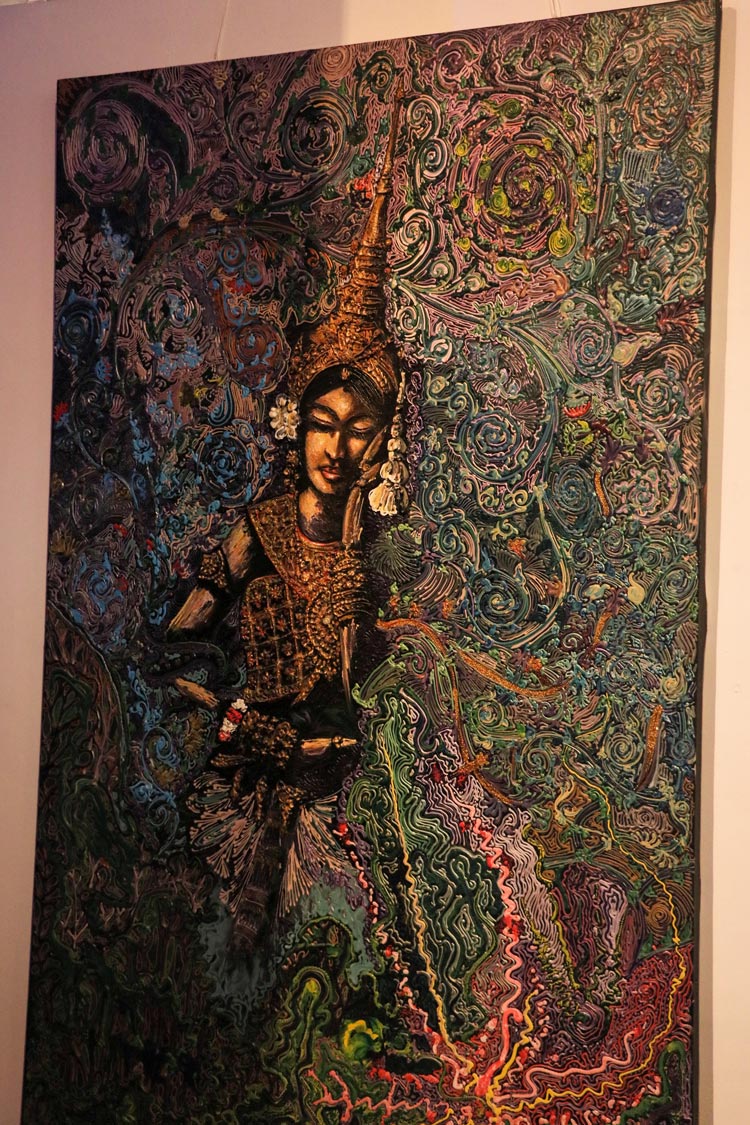 Over two and-a-half years, Mr Sophorn managed to exhibit his art works on three occasions in South Korea. He added: “There were crowds who came to view and support my art works. They admired me for being really different from their country’s artists as I could create my own style.”

When Mr Sophorn came back to the Kingdom, he kept on painting without a care for exhibitions. But when he decided to come out of seclusion after a few years, staging an exhibition proved fruitless.

“All my proposals were rejected for almost 10 years by galleries and even hotels. Perhaps I am not famous and my paintings depicted social issues,” he added. 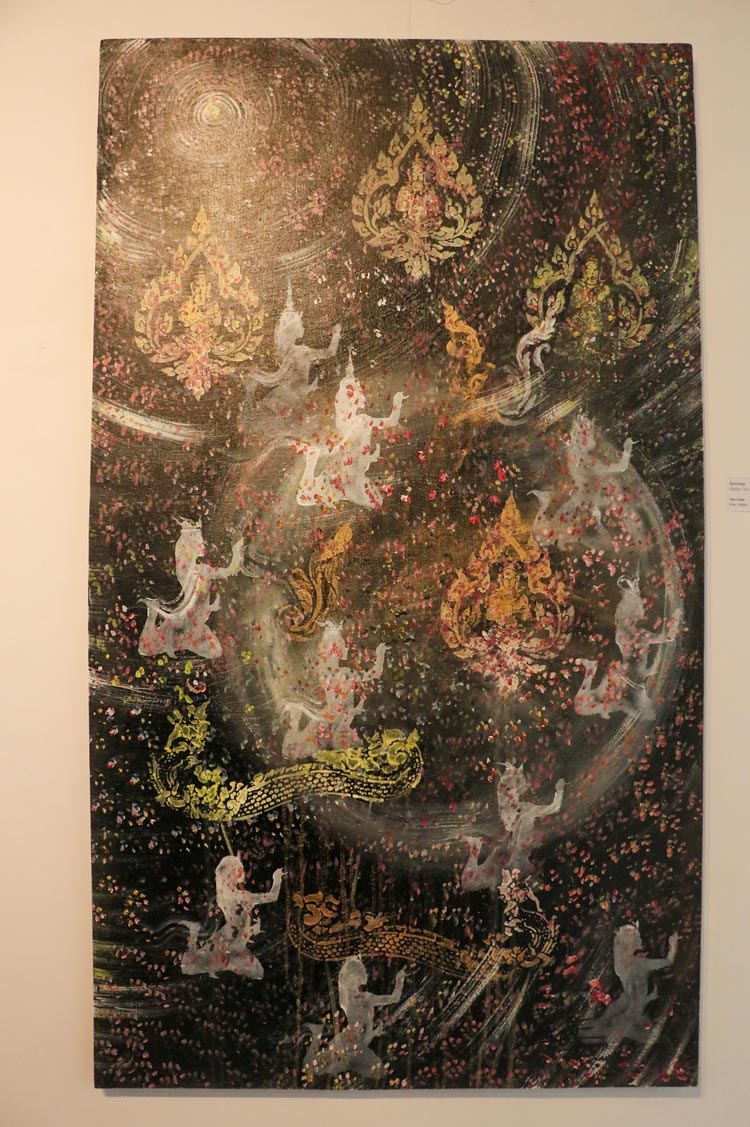 “But I paint based on the facts. Plastic bags are everywhere. Trees are cut from 73% to less than 10% in our countries. I understand that it has been destroyed by war, natural disaster and people. And now there are only people destroying it. Can’t we stop that?” said Mr Sophorn.

After countless rejections, Mr Sophorn finally got accepted to show his art work at Bophana Centre. Under the theme ‘Life of Nature’, 30 pieces of his paintings were shown to the public from June 3-29.

If visitors of Bophana Centre during this period, they would have even seen paintings depicting bomb craters from the turbulent days, traditional dancers, trees, Tevodas (Angels), birds and other things of nature. 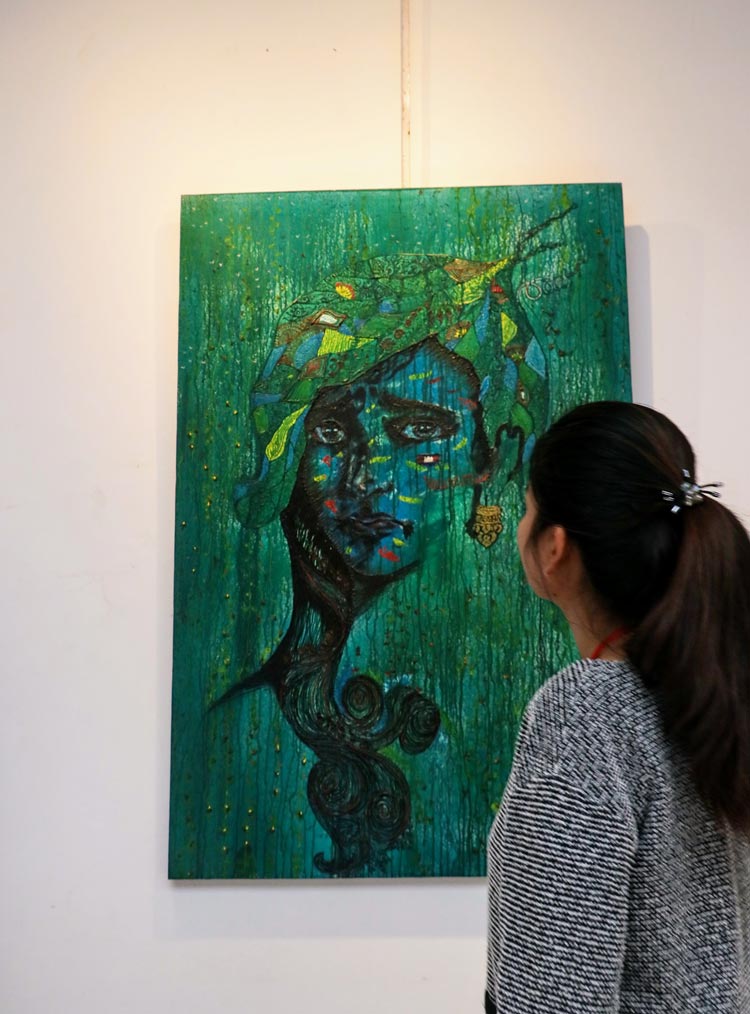 “I do not only portray on deforestation in Cambodia, but SEA. And that is the main cause leading to global warming and climate change. At first, I did not expect people to buy, however… I only hoped that people get my messages and start to care and be part of a problem-solver. Hopefully, both government and people can collaborate to protect the remaining forest.”

Albeit, it was the first exhibition in Cambodia for Mr Sophorn, but it still attracted some 1,000 visitors and 11 paintings were sold. Additionally, he delightedly earned due accolade, support and inspiration from them.

Apart from his humble beginnings with the paint brush, Mr Sophorn is also a fashion designer and a professor of painting at RUFA. He is now working on a painting project which he hopes to showcase in September.

How a ‘Garbage Girl’ turned her life around