Home - Caring For Your Cervix

Caring For Your Cervix 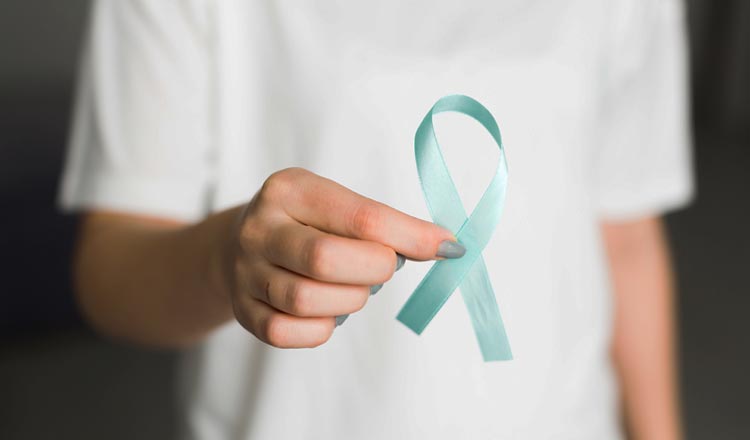 The female reproductive system is simply wonderful. It comprises of a whole host of tissues and organs with various functions. However, one of the most magical yet underrated parts is the cervix, which acts as the ‘gatekeeper’ of your uterus.

Located at the bottom of the uterus, the cervix is essentially a passage in the shape of a tube that is approximately two inches long. Being the gatekeeper, the cervix can dilate during intercourse or make room for menstruation and childbirth.

During ovulation, it also produces a slippery mucus that helps sperm in their journey into the uterus to couple up with an ovum. If a conception is successful, the same mucus will thicken and acts as a plug for the cervix to protect the developing foetus from potentially harmful agents.

Playing such a huge role as the gatekeeper also means that the cervix is exposed to a handful of health risks and one of the most troubling conditions that could affect the cervix is cancer.

According to the World Health Organisation, cervical cancer is the leading cause of cancer mortality among women in Cambodia. It is estimated that 1,500 women are newly diagnosed with cervical cancer and at least 900 women die of the disease each year.

But what is cervical cancer?

Just like any other types of cancer, it happens when there is an abnormal growth of cells due to multiple factors. In the case of the cervix, most times it is caused by the human papillomavirus (HPV). The Centers for Disease Control and Prevention (CDC) defined HPV as a common sexually-transmitted infection (STI) passed from one person to another during sex or intimate skin-to-skin contact.

Yes, this means that all women who have been involved in sexual activities are at risk for developing cervical cancer. Since sexual activities could potentially expose you to HPV, the risk is greater for those who began being sexually active at a young age. But this does not mean that you will definitely get cancer from having sexual intercourse—that is purely a misconception.

In some cases, a woman’s immune system kicks in when she is exposed to HPV thus the virus is nipped in the bud before it can cause any harm. However, for others, the virus stays in their body for years which gradually triggers the cells on the surface of the cervix to become cancerous.

Aside from being exposed to HPV, there are other risk factors that could increase your chances of developing cervical cancer and they are:

The use of tobacco generally weakens the body’s immune system. Therefore, if you are a smoker who is infected with HPV, it is more likely for the virus to stay in your system instead of going away on its own. As previously discussed, the longer the virus stays in your body, the higher your chances are to develop cancer.

Similarly, if you are exposed to the human immunodeficiency virus (HIV)—the virus that causes AIDS—you might have a higher risk for HPV infections. Several researches suggested that in this instance, a cervical pre-cancer might develop into an invasive cancer faster than it normally would.

More studies are needed but it is reported that women who have had three or more full-term pregnancies have an increased risk of developing cervical cancer. It is believed that this is due to the hormonal changes during pregnancy which could possibly make women more susceptible to HPV infection or cancer growth.

While cancer is a scary word that might send shivers down your spine, it is reported that cervical cancer is highly treatable when diagnosed at an early stage. Fret not ladies, here are some ways for you to keep cervical cancer at bay:

It is defined as sexual contact that does not involve the exchange of bodily fluids between partners. This includes but not limited to semen, vaginal fluids or blood. Some ways to achieve this include using condoms. If used correctly, it can massively reduce the risk of sexually transmitted infections (STIs) or unwanted pregnancy. Practicing safe sex also means covering up body parts that might have infections such as herpes, sores or warts, during intercourse.

You can start by limiting the number of partners as this reduces the risks of contracting STIs. It is also advisable to avoid having sexual intercourse with people who have had many sexual partners. If your partner is showing some symptoms of STIs or is infected with genital warts, you might want to wait until he or she is treated before having intercourse.

If you experience any of the symptoms below, it is highly advisable to consult a medical professional:

Despite how we may look on the outside, remember that individuals with healthy-looking appearances may still develop an illness as such. Therefore, it is advisable to do all you can to lower the risks. Put your mind at ease by opting for an additional layer of protection with a life insurance solution that covers 26 conditions of critical illnesses and medical operations in Cambodia and overseas, from early to advanced stages. For more information, please contact AIA Cambodia at 086 999 242.

Many reasons that will make you want to travel to Nepal