To find a treasure at the bottom of the ocean is the dream of every diver. Although Cambodia is a less popular destination for snorkelling and scuba diving compared to neighbouring Thailand and Vietnam, the Kingdom is one of the last untapped trove for shipwrecks, particularly from the ancient time and the Second World War. This feature, of course, is an addition to its tropical islands and variety of fish species. Story by Taing Rinith.

In 2018, divers found a 70-metre-long shipwreck, the identify and origin of which is still being researched by the Cambodian Navy. Twelve years before that, in the same area, a group of Vietnamese fishermen had found what appears to be a Chinese trading ship with a cargo of ancient pottery and other artefacts.

However, the most remarkable discovery in Cambodia’s sea is the finding of wreckage believed to be Burma Maru, a stream-power merchant vessel from Japan, in Sihanoukville in 2017. The wreck was found in an area about 110 km from Koh Rong Island by a group of six divers.

Dennis Funke, the owner of The Dive Shop Cambodia and the leader of the group who made this rare finding, says Burma Maru was sunk on June 12, 1942 by USS Swordfish, an American submarine.

“We spent five years on studying the area before we were able to spot the ship,” Dennis says.

“In order to reach where it is, we had to dive at the depth of 52 to 67 metres, using military-grade techniques and technologies never before tested in Cambodia.” 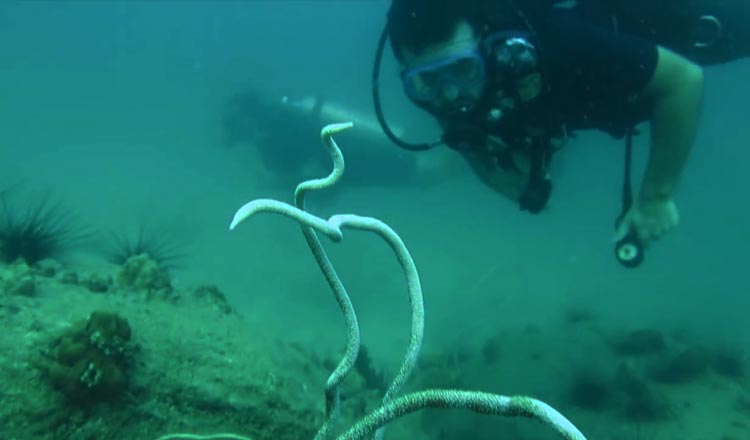 Dennis has conducted a comparative study on Cambodia’s sea and that of other countries around the Gulf of Thailand. The result leads to an estimation that there could be hundreds of sunken ships on Cambodia’s seafloor. Yet, because the country’s sea is still largely unexplored, most of them remain unknown.

Dr Michel Tranet, a prominent Cambodian historian, says this estimation is not surprising, given the Kingdom’s statue as a former hub of trading activities in the area.

“Many ships from all over the world, especially China had been to the land of ‘The Khmer Empire’ to trade,” he says. “These are proven by the discoveries of other civilisations’ currencies and artefacts in today’s Cambodia.”

“While many ships arrived at their destinations safely, some sank in in the sea and have remained there for centuries.”

Sunken ships are attractions not only because they are historically important but also because they have been naturally converted into a habitat for marine lives, from small seahorses to whale sharks. These species create a stunning ecosystem that every enthusiastic diver, who want to submerge their heads into the water and forget everything on the main land for a while yearns for.

The best time to go diving in Cambodia is the dry season, lasting from December to April, during which the visibility of the sea bed is most ideal. Nevertheless, some dive shops, including the Dive Shop Cambodia, usually operate all year round.

“Many dive shops here do not have sufficient sophisticated technology and equipment to allow people to dive in the deep sea,” Dennis says. “With improvements in that, we will turn Cambodia into a divers paradise.” 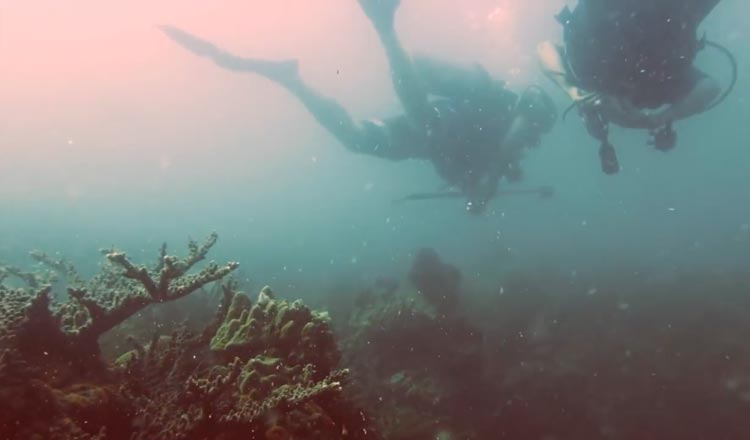 Deep-Fried with Hope and Hard Wok