TOTAL Cambodge sees itself as a ‘stakeholder’ in the country it operates. This is one of the reasons it demonstrates strong commitment towards corporate social responsibility (CSR) initiatives related to road safety, youth inclusion and education, forests and climate, and cultural dialogue in the Kingdom.

Managing director Mr Asif Iqbal said:  “Today customers expect companies to actively serve public interests. So, our ambition to become the responsible energy major means not only engaging in business operations, but also in social initiatives that benefit the communities around us.”

Under the four main pillars, TOTAL Cambodge had supported a total of 19 projects last year alone, benefitting over 25,000 Cambodians of all ages.

One of its heavy focuses is road safety campaigns, seeing as road accidents remain the leading cause of fatalities and injuries in Cambodia. 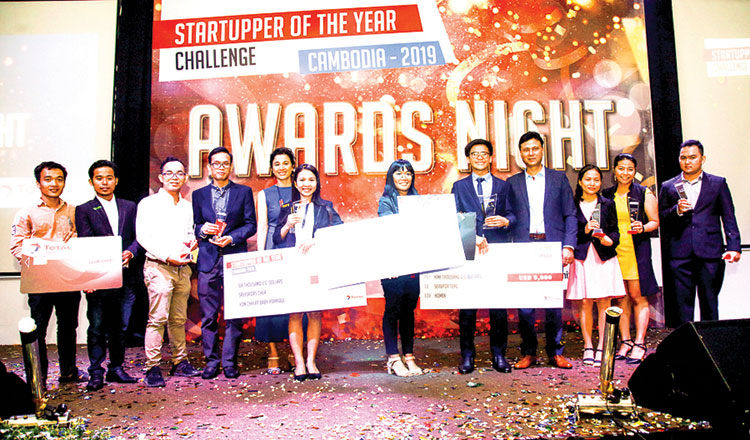 “There is an urgent need to raise awareness on road safety among Cambodians, especially among the most underprivileged population that are not always aware of the road’s risks. This has been the focus for TOTAL Cambodge for many years and in 2018, we worked on three main areas within the scope,” he said.

Mr Iqbal explained that the first campaign was called “Let’s All Go Home Safely”. It was in collaboration with multiple partners under the guidance of the Ministry of Public Works and Transport, National Road Safety Committee, and the Ministry of Interior. Some of the activities included quizzes, interactive games, and vision checks in more than 20 places throughout Cambodia.

He said the second campaign involved a partnership with international non-profit group Sipar Books, which focused on educating 10 to 12-year olds about the dangers of the road, and how best use one. It reached over 5,000 Cambodians, mainly of younger ages, through Sipar mobile libraries and safety cube activities. 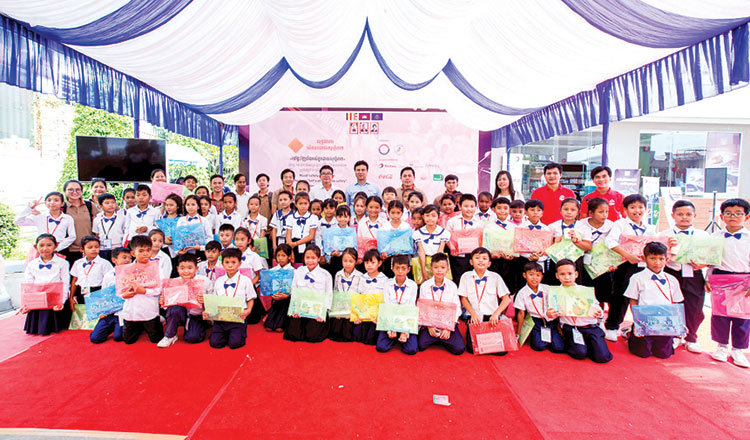 The third campaign, under the road safety pillar, concentrated on disseminating information on traffic laws by creating a series of monthly posts on Facebook. From January to March 2019, a total of four posts garnered more than 70,000 views and shares. Aside from these initiatives, TOTAL Cambodia has also cooperated with the Ministry of Education in donating 1,500 solar lamps to 14 high schools, located in villages in northeastern Cambodia. This was aimed at improving home working conditions and give villagers a better access to education.

Since education is a vital pillar on its own, TOTAL Cambodge had also recruited the assistance of its own Professor Association to give three courses on Industrial Risk Management, Oil & Gas E&P Contract and Fundamental Oil & Gas Exploration to about 100 students at the Royal University of Law and Economy and Institute of Technology of Cambodia in 2018 and 2019.

“These courses are designed to fill the gap between the market needs and the supply from the universities,” he said.

There is also TOTAL Startupper of the Year, a project launched in October 2018, where three young entrepreneurs emerged victorious after pitching their projects to the public and a panel of experts. Aside from the financial funding up to $15,000 for the first prize, the winners also received personalised support and coaching from TOTAL Cambodge and partners.

At TOTAL Cambodge, all staff and stakeholders are involved in CSR-related efforts in one way or another. Aside from having a designated CSR Committee, they are also expected to attend bi-annual meetings to communicate CSR plans, among others. Mr Iqbal said all staff are encouraged to express and implement innovative ideas.

“At least 40 percent of our staff were involved in coordinating the Startupper Challenge and Safe Driving Campaign in 2018 and more than 50 percent of our dealers and some of our business partners were involved in last year’s Safe Driving Campaign,” Mr Iqbal said. “By the end of 2019, we are planning to launch a programme called Employee Volunteer Programme, where each employee, regardless of their level, can take up to three full-paid days for CSR activities under the four pillars,” he added.