Home - Making an impact through partnerships

Making an impact through partnerships

“I think it’s very important that employees and all members of the company engage themselves in CSR activities,” says Shin Chang Moo, PPCBank President, reflecting the bank’s stance on the importance of corporate social responsibility programs. President Shin believes that employees’ engagement should be cherished more than monetary donation as the impact would be much larger. PPCBank has a CSR team that dedicates to carrying out plans and projects that have been executed, for instance, such as their involvement with the education sector in Kampong Spew. The bank had built a computer class for a school and donated computers in order to create access for the students.

A recent CSR initiative taken out by PPCBank would be their partnerships with social enterprises,  Socials Coffee with the vision of giving the disable people a more welcoming and pleasant society, where they can feel they belong here; what’s more remarkable is  Within One year of Socials Coffee’s journey they have been launching their 3rd branch next to PPCBank’s Head Office on Norodom Blvd. Seeing the heaps and bounce of their success, we are flattered to be known as their core and strategic partner since the beginning. 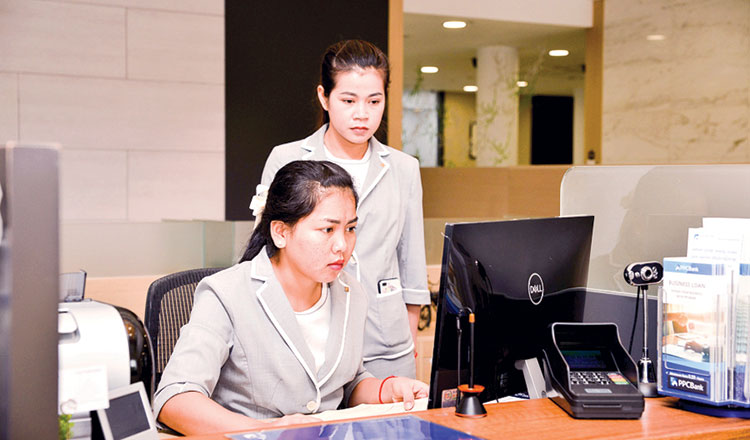 JB Financial Group, one of the bank’s prominent shareholders, works hand in hand with the bank in sending teams to Cambodia for volunteering and aid work. Its partnership with Khmer Sight Foundation also saw a great deal of benefit delivered to locals and those who were in need to get their sight back or fixed.

Senior manager Katerina Kim added, PPCBank helps bringing together expertise they do not have, such as surgeons, dentist and volunteers. Their partnership with Khmer Sight Foundation, currently in its third year, has seen a number of surgeries done to correct medical issues related to cataracts, strabismus (crossed eyes). Ms. Kim goes on to say that these efforts have certainly improved the quality of life for many.

PPCBank also takes matters related to the environment seriously. Acknowledging the beauty the Kingdom holds, the bank aims to help and educated people in terms of pollution and the consequences that derives from miscalculated actions such as improper disposal of garbage and plastic. 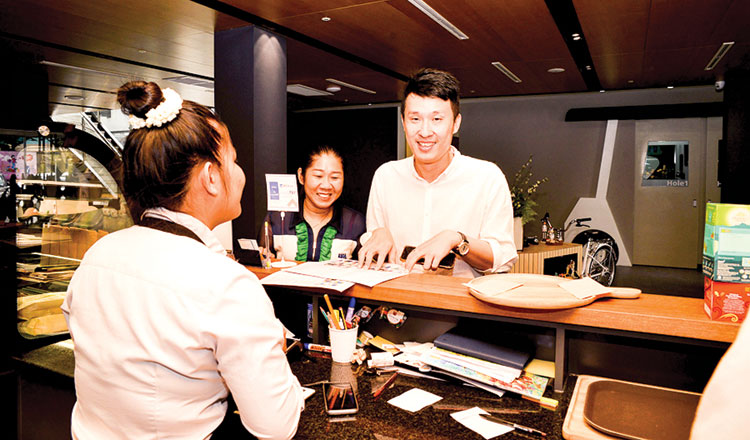 “It’s not all about money but being more morally mature. Employees stay longer in a company when they know they can contribute back to the society and country,” Ms. Kim says.

The bank has also proven to help in any way possible during disaster periods, such as when Cambodia was struck by floods, and it immediately managed to get food and water supplies and its very own staff went down to the flood stricken areas to distribute it themselves.

PPCBank’s efforts to contribute to the society come from their belief in the importance of giving back and this is naturally practiced and implemented by their staff as well.