Twenty-two garment workers were injured in a traffic accident today between a cement truck and the truck carrying them to work in Kampong Speu province’s Basedth district.

Deputy provincial police chief Brigadier General Tab Lon said the accident occurred at 6.30am and was caused by the cement truck, which crashed head-on into the truck carrying 35 workers.

He noted that 16 workers were seriously injured, while six were slightly injured.

“All costs of sending the victims, medical examination, treatment services, and other benefits are the responsibility of the NSSF,” it added in a statement. 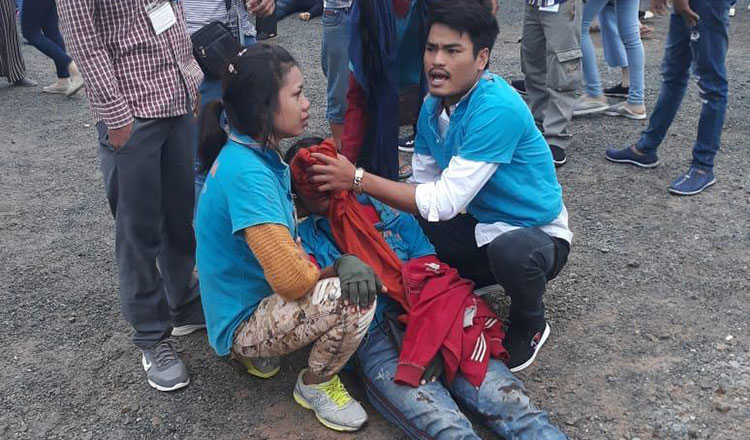 The statement also reminded all truck drivers carrying workers to be careful and pay attention while driving.

An annual report released by the NSSF in March said there were 1,692 traffic accidents involving garment workers last year. It noted that 40 workers were killed.

The report said that 40 percent of crashes last year were caused by speeding, 24 percent by reckless overtaking, 17 percent by failure to adhere to traffic rules and 18 percent due to a lack of vehicle maintenance.

Interior Minister Sar Kheng yesterday noted during the 12th Road Safety Week in Tbong Khmum province that the risk of traffic accidents has increased due to some road users not complying with traffic laws.

“This is an interesting point to consider when trying to minimise traffic accidents,” he said. “The government would like to send a message to all road users to respect the Road Traffic Law.”