The newly-appointed Malaysian ambassador to Cambodia yesterday pledged to promote trade and investment between the countries and boost shipments of Cambodian milled rice to Malaysia.

Mr Eldeen Hasaaini, quoted in a press release posted on the prime minister’s official Facebook page, said that as the new ambassador to Cambodia he will focus on promoting investment from Malaysia to Cambodia.

“My mission, first and foremost, is to strengthen the relationship between Cambodia and Malaysia.

“Second, I will see that all memorandums of understanding signed between both countries are implemented.

“Third, we will promote bilateral trade, particularly rice exports from Cambodia to Malaysia, as well as promote Malaysian investment in Cambodia with the aim of becoming the top investor here,” he said.

Prime Minister Hun Sen said both governments should work together to boost trade in accordance with Asean’s principles and policies.

Seang Thay, spokesman for the Ministry of Commerce, said both countries have been working closely to boost bilateral trade and attract more Malaysian investors to Cambodia. The ambassador’s commitment yesterday will further contribute to strengthening their relation, he said. 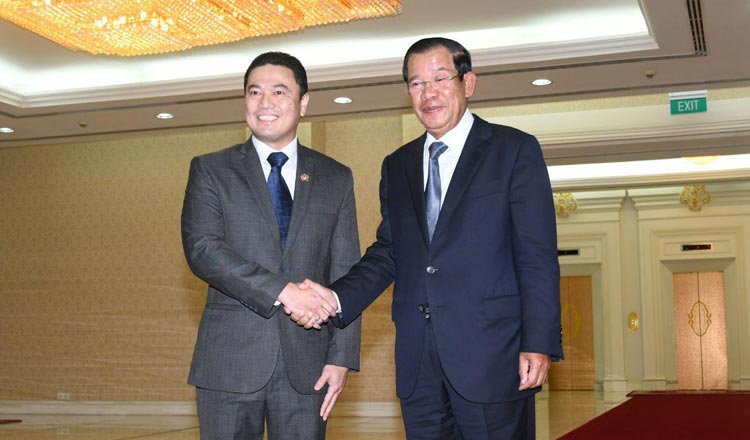 “In fact, we have done a lot to promote trade exchanges with Malaysia. The ambassador’s pledge yesterday will help boost bilateral trade and improve the relation between the countries. The ministry is happy to facilitate this,” he said.

Mr Thay noted that Malaysia is also a rice-consuming country, which is good news for the local rice industry.

“Malaysia can become a new export market for our rice. This is very convenient because Malaysia is very close. Both sides will work together to facilitate transportation and other procedures,” he added.

According to data from the embassy, from January to June last year, trade with Cambodia amounted to $303.6 million, a 45.2 percent increase compared to the same period a year earlier.

Cambodia is an important investment destination for Malaysia. From 1994 to 2017, Malaysian investment in Cambodia was valued at $3.3 billion with 130 registered projects.

As of 2016, Malaysia was the third largest foreign investor in the Kingdom in terms of fixed assets, with most projects going to the hospitality, catering and tourism sectors, as well as industrial manufacturing, real estate, and utilities around Phnom Penh.

Some of the most prominent Malaysian investors in Cambodia include NagaCorp, Leader Energy, Muhibbah, Smart Axiata, and Maybank.