Child killer had history of violence

A senior police official in Preah Sihanouk province today revealed that Meang Vichet, the man accused of raping and killing a 10-year-old girl and killing her two-year-old brother, had a history of violence.

On May 29, the bodies of 10-year-old Pha Srey Leak and her two-year-old brother Pha Sok Ly were found in bloody pools at their home in Prey Nop district’s Bit Traing commune.

The police official, who declined to be named, said “the suspect has revealed that since he was about 15 or 16 years of age, he used to try to rape young girls in his home province of Prey Veng but was unsuccessful and fled his village.”

Major General Chuon Narin, chief of Preah Sihanouk provincial police, confirmed that the suspect confessed to attempting to sexually assault other victims in the past when questioned by police. 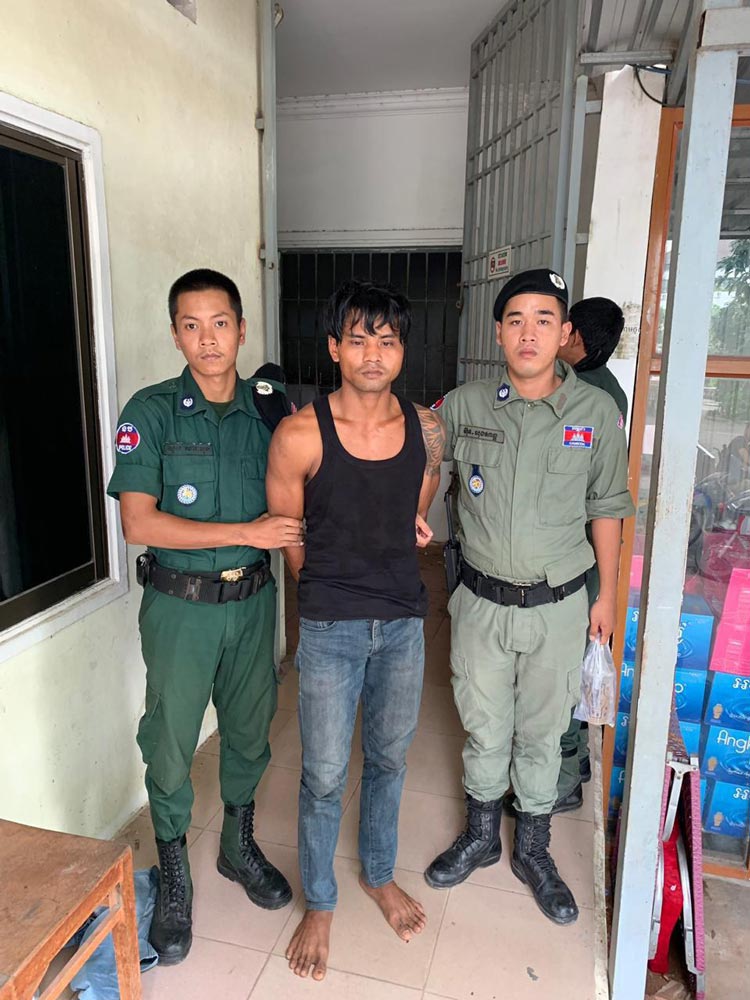 “He is a brutal person, he attempted to rape girls several times in the past,” Maj Gen Narin said.

According to a police report obtained by Khmer Times today, Mr Vichet has confessed that on the morning of May 29, he bought drugs and alcohol near O’Chhoeuteal beach in Sihanoukville.

The report noted that Mr Vichet then consumed the drugs and alcohol at his home in Bit Traing commune.

“After drinking, he exited his home to look for his wife who went to buy him more alcohol and saw the kids playing outside of their home,” the report said. “After seeing an opportunity, he held the girl’s hand and led her into her home and told the boy to stay outside.”

“As he was raping her, the girl shouted and the boy went inside to check on his sister,” the report added. “He cried and the suspect slapped him six times and kicked him in the neck, causing his head to hit the wall.”