More than $2.7 billion worth of real estate projects were approved during the first four months of the year, a sharp 67.3 percent increase, according to the Ministry of Land and Urban Planning.

Speaking Friday at the 2019 Real Estate and Construction Forum, Lao Tipseiha, secretary of state at the ministry, said growth in the sector from January to April has been remarkable owing to political and social stability, national economic growth as well as rising incomes and foreign investment.

Mr Tipseiha said that during the four-month period a total of 1,420 projects were greenlighted, a significant increase compared to the 1,171 projects approved from January to April last year.

He highlighted the growing role the construction and property sectors play in the country’s economic development as foreign direct investment (FDI) flows continue to rise every year.

“The social and political stability and the firm economic growth over the years helped to improve the standards of living for the people and made the construction and property sectors very attractive. They now play an important role contributing to economic growth, the rise of people’s incomes and job creation,” he said. 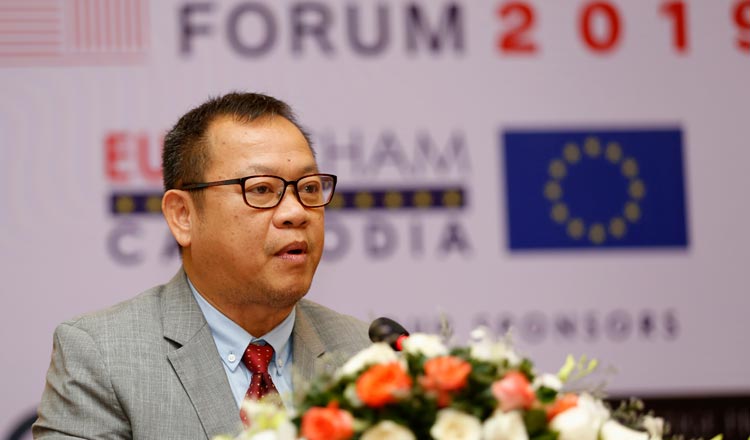 “This forum creates opportunities and momentum to further develop the construction and property sectors in Cambodia, reflecting the stable political situation and security in the country. These are the core elements that keep attracting local and foreign investors into the sector,” he added.

“However exciting the performance of this ever-growing sector sounds we hear year after year in our forum that this vitality demands more and more attention and even scrutiny,” Mr Darc said.

“Two years ago, the main topic of the Real Estate and Construction Forum was ‘Managing Growth’ as everyone was wondering whether this outstanding growth could continue at the same pace,” he said. “Indeed, as this sector becomes increasingly crowded, every player must find ways to stand out in order to win over the competition. 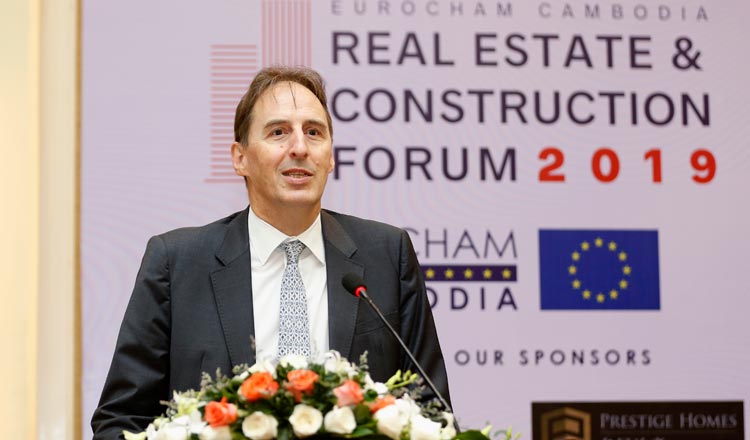 “The reality of competition, the necessity to stand out and the ways to do so are increasingly important concepts, as well as the role of regulators in promoting higher standards in what is becoming a more sophisticated market,” Mr Darc added.

According to the Cambodian Valuers and Estate Agents Association, real estate prices in the country have increased by about 15 percent annually on average for the last 4 to 5 years. Prices last year increased by more than 10 percent compared to 2017.

Land prices rose by around 20 percent, while the prices of houses and commercial buildings grew by around 10 percent.

The report also pointed out delays in several construction projects within the condominium, retail, and office segments during 2018’s last quarter. This pending supply is expected to hit the market during the first half of 2019, along with the scheduled delivery of other projects.

“By the end of 2019, the supply of condominium units in all segments, retail space, and office space is expected to surge,” NBC said. 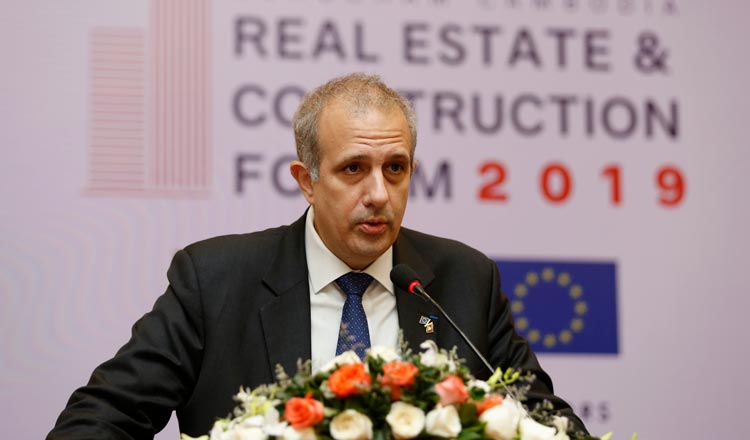 “These developments have raised some concerns that perhaps incoming supply might outstrip demand. This is particularly the case if both external and domestic demand weaken going forward. As a result, sales, rental and occupancy rates across the market could be adversely affected in 2019,” it said.

Participants at property awards on the rise