The Chinese Embassy on Friday announced the winners of a contest that asked young Cambodians to create videos touting the benefits of the China-backed Lancang-Mekong Cooperation (LMC).

The competition was organised by the embassy in collaboration with the China-Cambodia Friendship Radio.

Yoeur Chantha, a member of one of the winning teams, said LMC has brought many benefits to countries along the Mekong River in terms of economic growth, diplomatic ties, and cultural exchanges.

“As far as I know, the cooperation has significantly contributed to improving people’s livelihoods in the region, not just in Cambodia, through various development projects funded by the Chinese government,” he said.

The Lancang-Mekong Cooperation is a sub-regional cooperation mechanism connecting the six countries along the Mekong river, which is known as Lancang in China.

The LMC was formed in March 2016, with China acting as an investor and guarantor for projects in everything from agriculture to tourism as part of its wider Belt and Road Initiative (BRI). 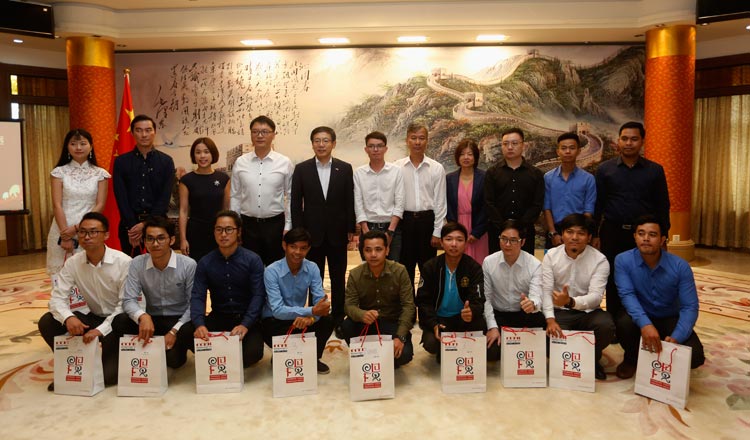 In February this year, the Chinese government provided more than $7.5 million to Cambodia through the Lancang-Mekong Cooperation Special Fund 2018 in a bid to boost economic growth.

The money will be used to implement 19 projects in a variety of areas, including education, health, and tourism.

LMC facilitates cooperation in a wide range of areas among the six countries, said Wang Wentian, the Chinese Ambassador to Cambodia.

Why Google is targeted in Washington