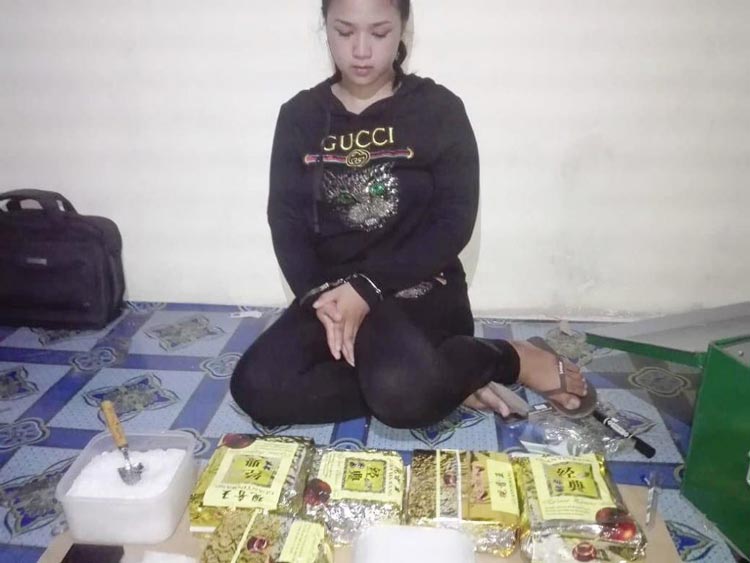 Major Heng Sopheak, an officer with the municipal anti-drug police department, identified the suspects as 25-year-old Hum Pov and 31-year-old Him Chou, both tailors from the same district.

Maj Sopheak said both women transported methamphetamine from the Cambodia-Lao border in Stung Treng province and stored the drugs at their shop.

He said police knew about drugs and that an undercover officer was sent to pick up drugs from the women yesterday.

“They were arrested after the raid,” he said. “Police seized 22 packages of drugs, including six big ones, two scales and other materials from them.”

Maj Sopheak said both suspects were sent to the anti-drug police department at the Interior Ministry to be questioned.

Major General Soeung Nol, spokesman for the department, yesterday said the suspects have been accused by police of possessing and trafficking drugs.

Maj Nol said the suspects will be sent to municipal court after police have finished questioning them.

Government seeks to prepare labour force ahead of increasing automation