Home - Bound by One Goal: Clean and Green Cambodia

Bound by One Goal: Clean and Green Cambodia

Phnom Penh has been suffering from one of the worst waste problems in the region, and it is not unusual to run into piles of garbage in places all over the city. Yet, the issue is especially bad along the sewage canals in Boeung Trabek. Having been treated as a “rubbish dump” by the people who live along the canal, it is filled with all sorts of waste, giving out terrible smells. A group of young people, bound by their love for the environment, has been dedicating all the time they can spare to turn the smelly canal into a clean and green spot, considered mission impossible by many. Taing Rinith documents the mission of the “Garbage Youth”, whose ultimate goal is to make Cambodia clean and green.

It is around 5 in the evening, the time when most of the Phnom Penh residents are on their way back home after working the entire day. When they are driving in Boeung Trabek, a commune near the heart of the capital, they usually try to avoid going near the large canal, which is filled with sewage and wastes. Those who have to drive past or along it have to wear masks or cover their mouths and noses with their hands due to the pungent smell from the canal. This is, undoubtedly, one of the most disgusting places in the city.

In one part of the canal, a group of young people – some in their 20s, some in their early 30s – are cleaning the canal. Some of them are sweeping the street while others are taking out rubbish from the water. There are all kinds of rubbish, from plastic wastes to dead animals. These young people, too, are disgusted by the sewage, but they consider their desire to clean this eyesore much more important.

Hanging with one arm on to a rail that separates the canal from the road, Tri Kimseang, 28, a member of the group who call themselves ‘Garbage Youth’, is lifting rubbish out of the sewage with another arm. Falling into the sewage, Kimseang says, is no longer a problem for him.

“All of these is to make the canal a clean place,” Kimseang says. “If we can clean this place, other places are no problem for us.”

Among those cleaning the canal are two children, 9-year-old Ok Sal and 11-year-old Srey Oun, both are living with their families near Boeung Trabek canal. Both of them are labouring energetically like the older members while many adults are watching from their houses.

“Doing this is very fun,” Sal says. “The smell or the sewage do not bother me because I’m used to it already.”

About five hundred meters from where members of the Garbage Youth are doing their work, a man throws a plastic bag filled with waste from his house into the canal. The bag is later taken out by the group.

San Daravid, the leader and founder of the Garbage Youth, is pulling an old cart, which contains their cleaning tools and protective equipment such as face masks and nitrile gloves. Apart from that, he is also doing the cleaning and making sure that all his members are safe.

“We put our wellbeing at risk, but we are willing to do that because we want to make the canal, and later the city, clean,” says the 29-year-old. “We are doing this every day in the evening, usually from 4 until 7:30.”

All of these started from a challenge.

About three months ago, Daravid, then a pet fish seller, ran into a Facebook post about a #trashtag challenge accepted by an American man, which went viral on social media. Daravid does not know who that man is or where the place is, but the before-and-after image in the post inspired him to do the same.

He suddenly thought of the Boeung Trabek canal, which he has been driving past almost every day. Daravid came up with a challenge, which is to make the canal spotless.

At first, only four of his friends and relatives helped him in this task, but after he posted about this task on Facebook, the most popular social media platform in Cambodia, many people asked to join this activity. It was not long before there are more than 20 young people cleaning the canal every day.

“It was then that I know that I am not the only one who wants to see this canal spotless,” Daravid says. “This is a big challenge, and if we can fulfil it, we will go to clean other places all over the country.” At first, no matter how much effort they put into it, the rubbish kept appearing in the canal. Daravid was so disappointed that he almost quit doing it, but other members were still insisting on going on. Daravid eventually gave up his business to focus on this social work. He also officially found a name for his environment-loving group.

The Garbage Youth does not only clean the canals. They also give out free rubbish bins to the people and spread the message to the people. After two months, their work seems to show some results. There are not too many plastic bag filled with rubbish now.

Sen Son, a construction worker who live near the canal, says thanks to the group, he no longer throws rubbish into the canal.

“At first, I was angry with them, but after a while, I felt shame,” Son says.

But, this did not happen without sacrifices. Many members have experienced health problems, such as dizziness, respiratory and skin diseases. While many gave up, most keep doing it, hoping that people will join them in keeping the country clean.

The Youth Garbage has many female members, who do not care how their “beauty” and “fair skin” could be ruined by the volunteer work, given all the germs and the blazing sun of the dry season. One of them, Yin Kimchheang, an NGO worker, says “beauty and other female stuff” are nothing compared to what she can do for the society and environment.

“All of us only live once, so we must contribute as much as possible to good causes,” Kimchheang says. “The real beauty is from the inside, not outside.”

After the clean-up, all members of the Garbage Youth return to their base, a house near the canal, which the group rents for 500 dollars per month, for a joint dinner. The money comes from the members’ contribution and donations from philanthropists. The members usually take turn doing the cooking.

“Our love for the environment has bound us and turned us into brothers and sisters,” Daravid, the leader says. “We will keep working together until the day that there is not a single pile of rubbish left in Cambodia!” 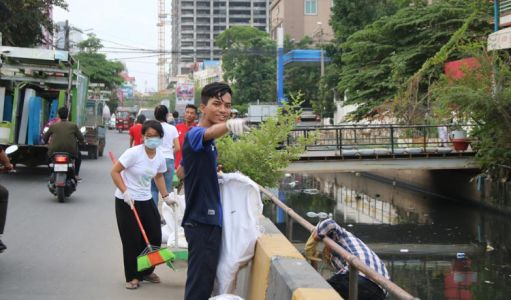 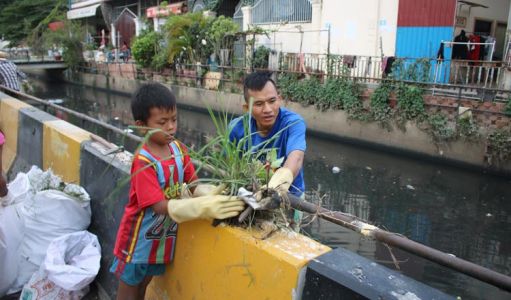 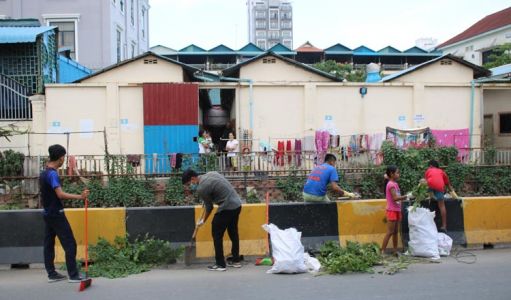 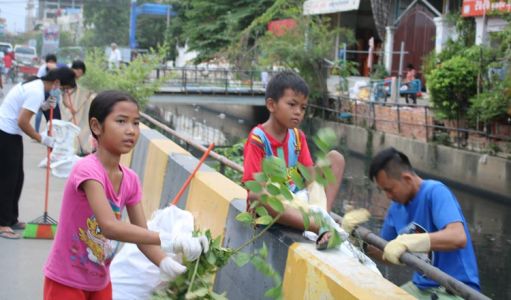 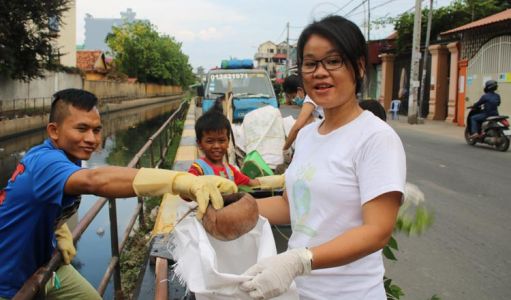 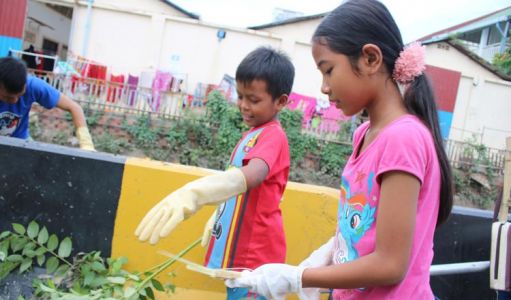 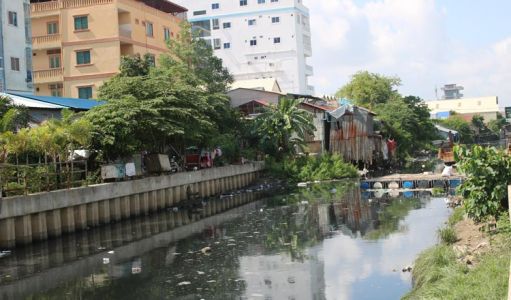 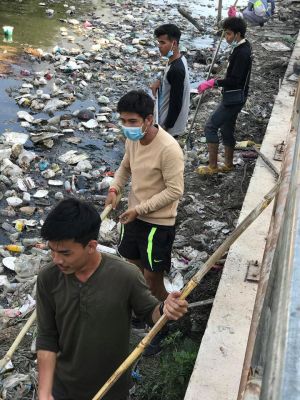 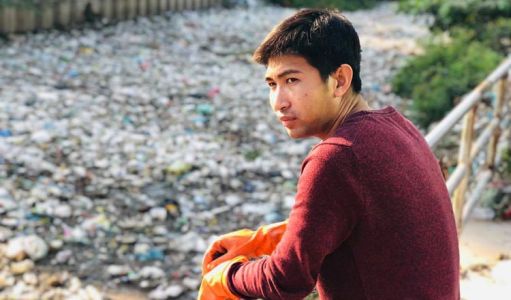 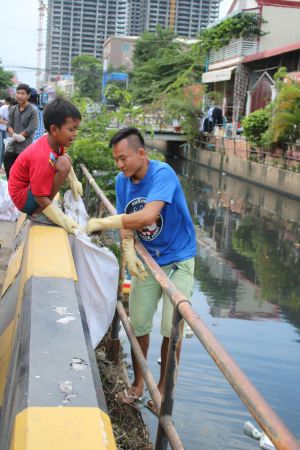 A cup of coffee with a side of cuteness