Cambodia and Thailand have recently begun negotiations on the cross border transportation of people and goods after their railways where connected in April.

The two sides met to discuss checks at the border, according to Kun Nhim, director general of customs and excise at the Ministry of Commerce.

“The two parties agreed to start negotiations on procedures for carrying out inspections on goods and passengers in the train,” state-owned Agence Kampuchea Press quoted Mr Nhim as saying in an article published Monday.

Mr Nhim said a “single stop inspection” will be carried out in the border gate as well as in the Stung Bot-Ban Nong Ing Friendship Bridge that connects the countries.

The governments of Cambodia and Thailand in April reconnected their railroads after they were separated four decades ago. An agreement on joint railway traffic was signed by the ministries of transport of both nations. 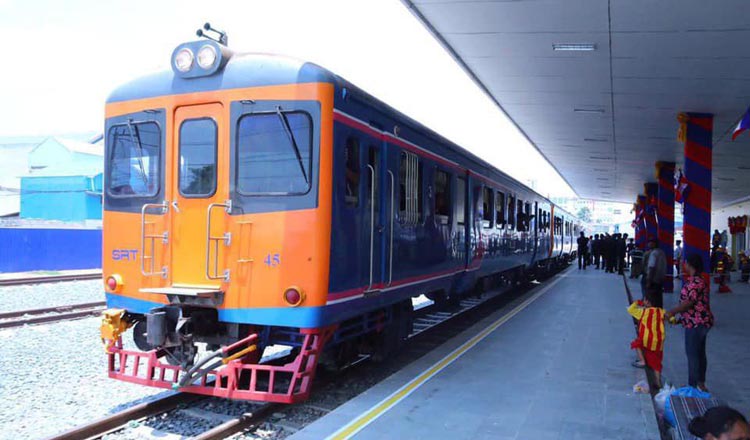 Vasim Sorya, spokesman for the Cambodian Ministry of Transport, told Khmer Times that the transport of people and goods across the border by train is still not allowed despite April’s linking ceremony.

He said the countries still need to negotiate the procedures for carrying out customs checks at the border.

“In April we just connected the railroads and tested them, but people cannot yet cross the border by train.

“We have already signed an agreement on joint railway traffic for goods and passengers. Now, each side is discussing the procedures.”

Cambodia’s northern rail line was completed in August, stretching over 386 kilometres from Phnom Penh to Poipet, in the border with Thailand.

Mr Sorya said cargo transport is still not allowed at the rail line. “Goods are not allowed yet. Only people can travel. Before cargo can be transported, the government must discuss the terms with the company that is managing the railway.”

CATA and China’s Gansu partner up to boost tourism

Trump to sign order paving way for ban on Huawei