Durian production in Kampot and Kampong Cham provinces will decrease this year due to unfavourable weather conditions, according to the provincial agriculture departments.

Hean Ngon, deputy director of Kampot’s agriculture department, said production will not be as high as last year.

“The weather is too hot this year, which is not good for growing durian,” he said. “Durian needs colder weather to grow properly.”

However, he said demand for the fruit remains strong. “After the harvest, many merchants placed the orders and we quickly sold out,” he said.

Sun Thavareak, director of Kampong Cham’s agriculture department, also said yields are likely to decrease as a result of the weather. 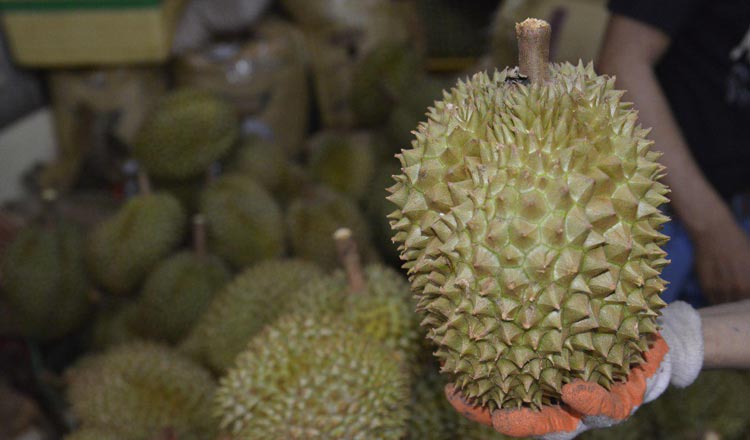 He said Kampong Cham’s durian now fetches up to 25,000 riel per kilogram.

The fruit is planted on 400 hectares of land in the province’s Chamkar Leu and Stueng Trang districts, he added.

Mr Ngon and Mr Thavareak said they wish to see the fruit attain geographic indication (GI) status in the near future, which will help protect its reputation.

Op Rady, director of the department of intellectual property, told Khmer Times that Kampot durian is considered a potential GI product, but that the process of applying for the label has not begun yet.

Besides Kampot and Kampong Cham, durian is also grown in Kep and Battambang provinces.

Cambodian durian is only consumed internally.

The durian harvest season in Kampot runs from mid-April to June, while in Kampong Cham it begins in May and ends in July.

Exports to Japan rise by 16 pct