One of the biggest challenges facing Cambodia is women empowerments which can only be attained by making women educated, finance liberated and independent.

Financial literacy and awareness among rural people, especially women in Cambodia, is a critical initiative in achieving inclusive growth in the country.

Financial literacy can be understood as the ability to know how money works in a normal course of action. Specifically, it refers to the set of skills and knowledge that allows an individual to make informed and effective decisions with their financial resources.

As Cambodia moves towards an upper-middle class society amid a robust economy, the need for financial literacy is increasingly crucial so that people are able to understand money matters and avoid ending up in a debt trap. 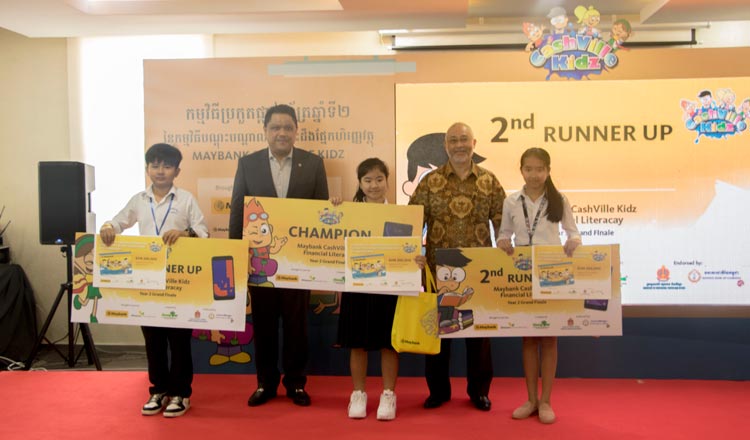 Although women’s access to financial services has probably increased substantially faster in the past 10 years through the flourishing of micro finance and rural credits, their ability to exploit this access is often still limited by the disadvantages they experience because of their gender.

Women are usually good at budgeting and managing household expenses and as such, should be the main target of any financial literacy awareness and educational programmes.

Experts have defined financial literacy as having the ability to evaluate the new and emerging financial instruments and make informed judgments in both choice of instruments and extent of use that would be in their own best long-run interest.

In 2017, a survey by the Cambodian National Institute of Statistics showed that some 36 percent of Cambodian households have experienced debts or liabilities.

The households with average amount of outstanding loan increased by about 28 percent in 2017 from the previous year.

According to the International Monetary Fund (IMF) in its Article IV Consultation last year, financial inclusion in the Kingdom remains uneven with limited saving services but very large credit saturation.

Regionally, it added that Cambodia had one of the highest rates of borrowing (around 27 percent of the adult population) despite few individuals having access to a formal savings account (around five percent).

IMF suggested that expanding mobile money services beyond payments to savings and other financial services including insurance would further enhance financial inclusion.

Digitalisation of government payments could also lead to better targeting, reduction in leakages, and improvements in spending efficiency.

Over the years, efforts have been spearheaded by the National Bank of Cambodia (NBC) to raise financial literacy, a move supported by the banking sector which started their own campaigns.

The NBC has also launched several initiatives in primary and secondary schools where the need for these cannot be overstated as only 20 percent of Cambodians are banked.

Last September, NBC and Visa partnered to develop a mobile app to improve financial literacy in the country by introducing the ‘NBC-Edu’ mobile app.

The app seeks to improve financial literacy in students, from primary school to high school, by updating the national curriculum next year.

Both the parties are continuing work not only to boost financial literacy and financial inclusiveness but also to reduce poverty and bolster economic growth.

Additionally, NBC is calling for more collective or concerted efforts from various stakeholders in different sectors to promote financial literacy nationwide in Cambodia.

It expects the private and public sectors to educate Cambodians in managing their finances particularly those in less urban areas who are exposed to informal and non-reputable lenders.

Maybank’s Cashville Kidz Financial Literacy Program is one of the leading example of an effective way to promote financial literacy, as the teachers’ participation in teaching the students, the potential financial institutions’ customers in the future, will equip them with the knowledge of financial management and prepare them to be ready to use the financial services responsibly.

Though the program is to be rolled-out across 40 schools and expected to finance up to 20,000 students, the financial literacy knowledge that Cambodian teachers receive in the upcoming sessions will benefit thousands of students in the next generations as well as teachers themselves.

Maybank Foundation and Maybank Cambodia are examples of public-private sector partnership initiatives to further the cause of financial literacy. Towards this end, both entities are wholly supportive of governmental efforts in promoting financial literacy in Cambodia.

Any improvement in financial literacy will have a profound impact on consumers and their ability to provide for their future, which in turn will help very much in the development of Cambodia and hence, Maybank’s CashVille Kidz Financial Literacy Programme is undertaken with the support of the National Bank of Cambodia and the Ministry of Education, Youth and Sport of Cambodia. 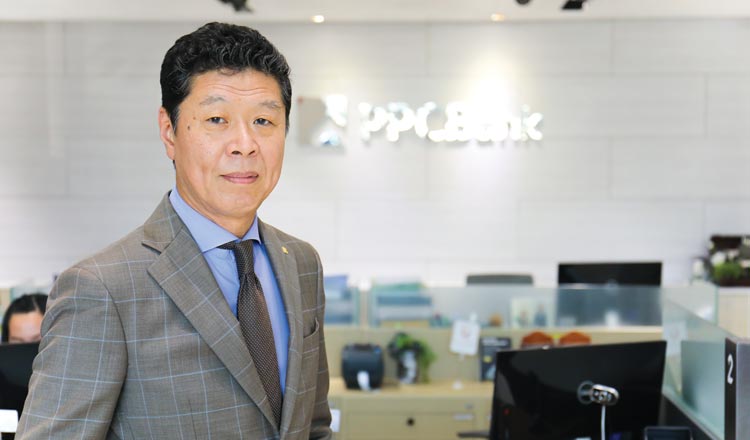 Another example is PPCBank president Shin Chang Moo, a Korean, who says financial inclusion is an integral part of the growth of a developing country.

He said the Korean style of promoting financial literacy in the late 1980s through the education system was crucial, particularly at a time when the economy was booming similar to Cambodia’s current economic predicament.

Shin said he got his first bank account when he was in the sixth grade.

“I think in Cambodia the driving force is a bit different from Korea. One has to be aggressive in the initial stage to be financially included from a young age,” he said.

The Korean government promoted high interest rates for deposits and championed social movements like “One Passbook for One person”.

Through various efforts that can raise financial awareness, it is hoped that people would be more informed of their rights and less inclined to debt traps.

Financial literacy must be a life-long agenda