His Majesty King Norodom Sihamoni on May 14 turns 66 years of age. The Kingdom is set to celebrate the birthday of the monarch who has reigned since October 2004.

The King is known for his warm disposition and welcoming smile. As the head of state in a constitutional monarchy, King Sihamoni serves with compassion and maintains a close relationship with the people to maintain peace and stability in the Kingdom.

During the 14th anniversary of King Sihamoni’s coronation last year, Prime Minister Hun Sen noted that the King has significantly contributed to national prestige and strengthened rule of law during his reign.

The prime minister in commemoration of the King’s coronation in October, wished the King good health on behalf of the government in a Facebook post.

“His Majesty the King has [contributed] the most to promoting national prestige, expanding rule of law and promoting economic development,” Mr Hun Sen said.

Across the Kingdom, the King is revered and respected. Heng Veasna, a 31-year-old writer from Phnom Penh, admires the King’s dedication in looking after the people.

“He looks out for people in the best way he knows how – philanthropy works or boosting local arts scene, for example,” Mr Veasna says, referring to the King’s extensive work in rural areas as well as his passion in the arts, in particular, ballet and dance.

“King Norodom Sihamoni continues to be the symbol of tradition in the Kingdom,” Mr Veasna adds.

As figurehead of the Cambodian people, the King’s role is unique in a country with a constitutional monarchy. Twenty-two-year-old student Chan Sovana says that while she does not entirely understand the extent of the King’s role, she is eager learn. 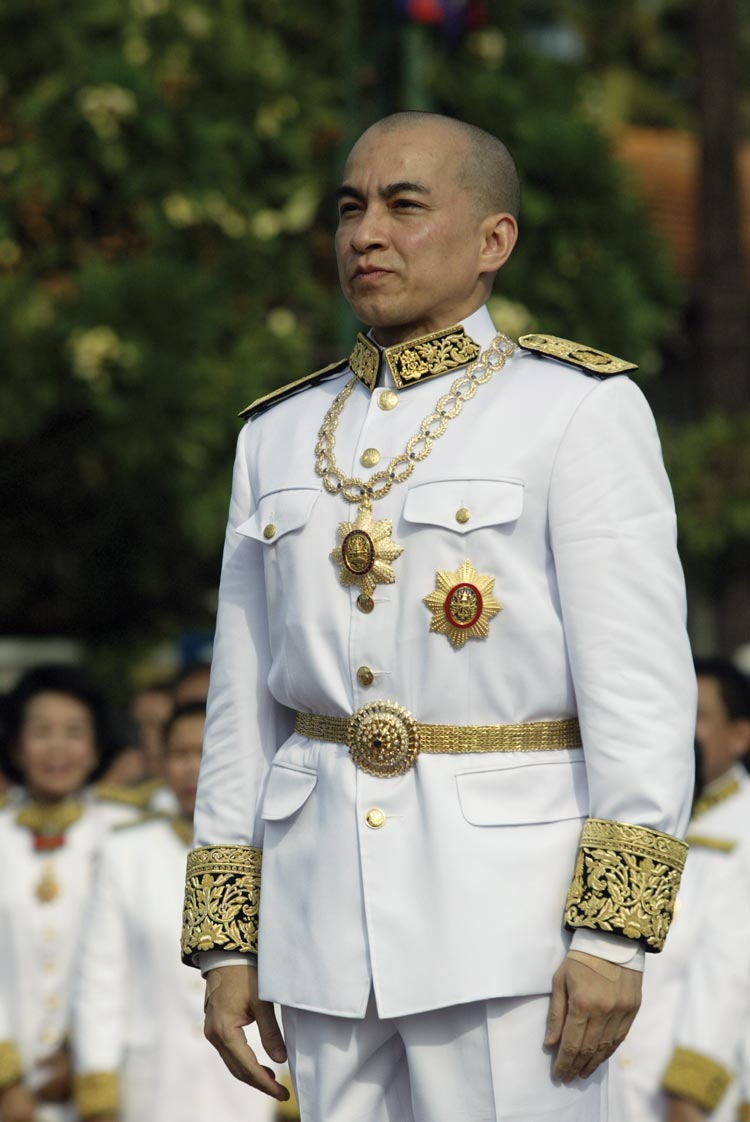 “To be honest, I don’t know much about the King, but I’d love to learn more about him,” Ms Sovana says. “From what I read, he has an impressive cultural background,” she adds.

The King is notably heavily involved in arts and culture, a passion he has pursued since a young age. King Sihamoni’s interest in the arts has led him to cultivate knowledge and skills from around the world, including stints in Prague, Paris and Pyongyang.

Ms Sovana notes the monarch’s prominent presence in arts and culture in comparison to politics or state affairs as something signature to the King and different from other monarchs.

“But I know that he attends most social events and religious celebrations,” Ms Sovana says. They Pichmony, 18, an activist in Phnom Penh, admires the King’s demeanour in public events.

“The King carries himself very well in every social event, just like a true leader should,” Mr Pichmony says.

He notes that the King is an integral part of the Kingdom. The monarchy is one of the oldest in the world.

“It is important to cherish our King because the monarch has long been a part of the state administration, a strong component that makes a strong country,” Mr Pichmony says.

The King’s admirable talents and background as a professionally trained artist instills a sense of awe and inspiration among his people.

“As an art enthusiast myself, I find it inspiring that he pursued his interest in the performing arts,” Mr Pichmony says. Overall, it is the King’s genuine leadership that is admired by the people. Sok Vibol, 56, a tuk-tuk driver in the capital city, appreciates the current monarch’s leadership style that stays true to his talents and personal strengths.

“Very strong cultural background, just like his late father. People respect him in a different way than the late King Sihanouk, but I’m not saying the latter is a better leader – they both have different administrative styles,” says Mr Vibol.

“King Sihamoni supports the people by doing community work, especially in rural areas,” Mr Vibol adds. “I think he is a good representation of a leader.”

BIOGRAPHY OF HIS MAJESTY KING NORODOM SIHAMONI OF CAMBODIA