The Kampong Speu Palm Sugar Promotion Association on Monday announced that it is planning to add four new communes to its supply chain.

The decision to expand its supply chain follows a rise in demand for Kampong Speu Palm Sugar after it recently attained Protected Geographical Indication (PGI) status in the European Union.

Starting next year, the association will begin sourcing from four additional communes in Kampong Speu province. The new communes are located in the same three districts than existing suppliers – Oudong, Angk Snoul, and Samraong Tong – according to Sam Saroeun, president of the association.

“Organic palm sugar is now in great demand, which has led us to expand our production chain,” he said.

According to Mr Saroeun, the association now receives orders for 5 to 7 tonnes of palm sugar every day. However, the 168 families that work with the association can only produce a total of 1 tonne a day. 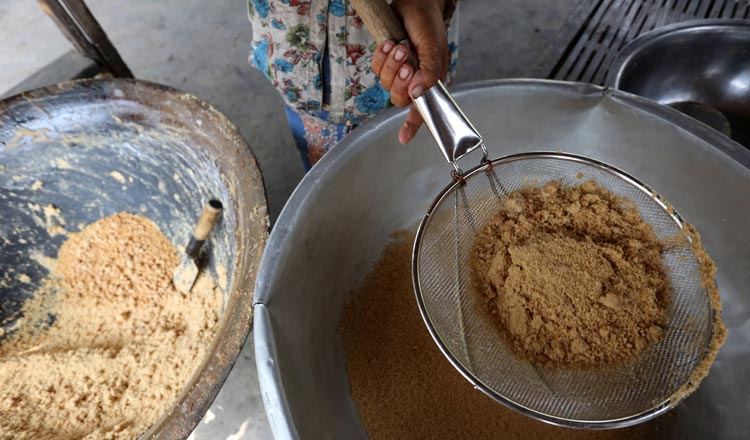 Among the association’s members, Confirel and Signatures of Asia are the top buyers, he added.

Chan Sokheang, chairman and CEO of Signatures of Asia, told Khmer Times in December that his company plans to purchase about 130 tonnes of organic palm sugar from Kampong Speu and other Cambodian provinces over the course of 2019.

He noted that the firm will spend around $234,000 to buy the product, which will be exported to the EU, mainly Italy, Spain, the Netherlands, Germany, Czech Republic, and France.

Kampong Speu Palm Sugar attained geographical indication (GI) status in Cambodia in 2016. Soon after it earned the same distinction in Thailand and Vietnam.

In April, it earned PGI status in the EU, becoming only the second Cambodian product to do so after Kampot pepper in 2016.