Cambodia’s unique architecture has always been a great crowd-puller. In fact, people from all over the world come to the Kingdom’s famous Angkor Wat, Royal Palace and other sites that depict the country’s rich traditional designs – alongside the famed Modernist work of architects like Vann Molyvann

Old buildings – with some built before 1950 – are still standing beautiful and proud up until now, giving both locals and foreigners a reason to love Cambodia more.

However, with the country’s aim to be the forefront of modernity, these significant edifices are now under threat. The rise of skyscrapers and artificial parks have started to overpower the architectures that used to own the spotlight. 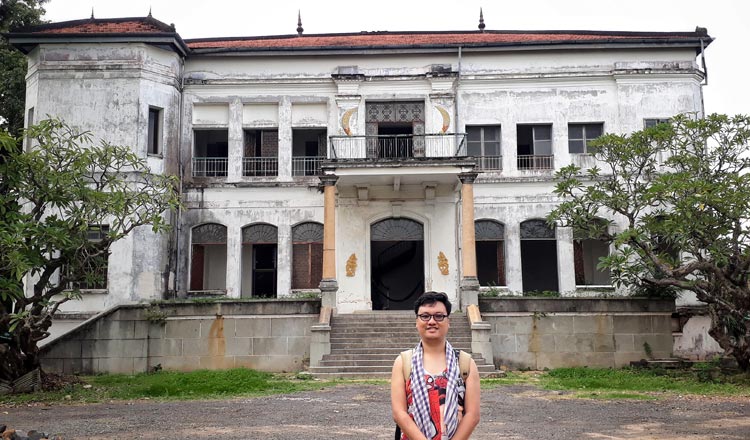 To bring back the glory of Cambodia’s traditional architectural designs, a young heritage conservationist is tirelessly travelling to different parts of the country to conduct research and capture the beauty of old buildings.

Srin Sokmean, a native of Phnom Penh capital spends his time, effort and resources to document the country’s heritage. And now, he is showing the fruits of his labour through his exhibition, ‘Underrated Heritage Building’.

“The unpopular old buildings are about to face demolishment,” said Sokmean, who worries about the future of Cambodia’s historical buildings. He admitted that the well-known buildings like those designed by Vann Molyvann may be safer than those that have yet to capture the attention of tourists. “The exhibition aims to introduce underrated heritage buildings to the public. That’s why I am choosing the photos of the old or the abandoned buildings that I think people should know, because they also have great architecture con cept and history,” he said.

Sokmean started his passion as an architecture photo collector in 2008. He has been sharing his photo collections on his own website known as ‘Amazing Cambodia’, which shows old buildings and traditional Cambodian lifestyle.

But Sokmean’s passion doesn’t just end in mere photography. His enthusiasm to dive deeper into the history of each of his subjects has led him to doing his own extensive research. For the past six years, he goes on solo trips to different places and visit heritage sites. 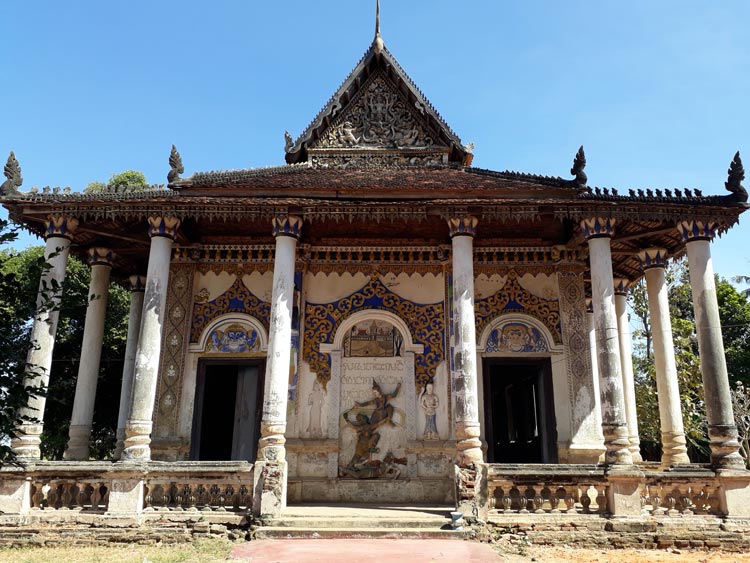 But as Sokmean tries to gather more factual information about certain sites, he has discovered that most of the information available are taken from foreign sources.

“I think it is a regretful that Cambodia has rich culture and architecture, but almost all the information and historical facts about them were written by foreigners. I think it’s because Cambodians don’t really know about these buildings in the first place,” he shared, a hint of dismay in his voice.

He continued, “That’s why Cambodians should have more knowledge and learn more about it (history and basic knowledge about buildings)”. 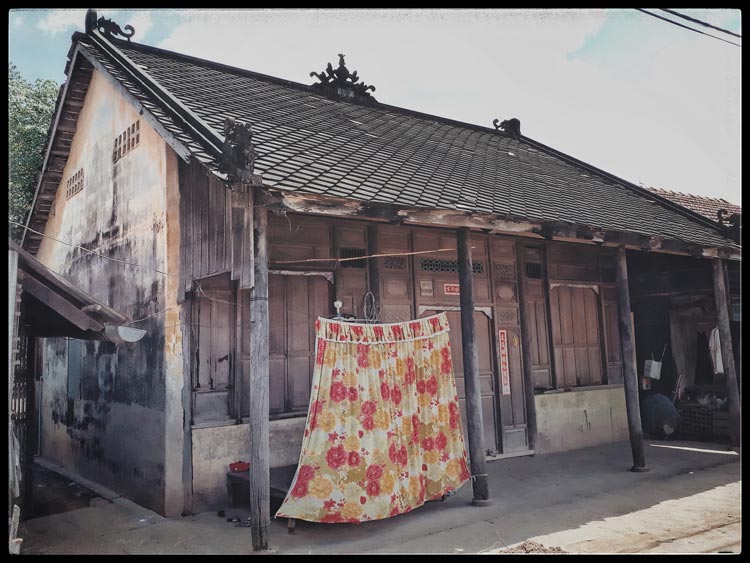 Aside from capturing photos, Sokmean also conducts interviews with experts to further support his study. For Sokmean, the history of the buildings he captures represent fragments of the country’s past; thus the need for them to be factual.

“Some old buildings that we see have a beautiful untold history. Some of them served as homes of famous and rich people decades ago. But we don’t know that,” said Sokmean.

“I think most of the visitors who will come to the exhibit will be foreigners – those who like discovering heritage sites and old buildings. Architecture students may also be interested in this. But I hope other Cambodians will visit the exhibition because the architecture show in the photos all have historic value,” said Sokmean. The three-day ‘Underrated Heritage Building’ exhibit will be held in August at the Kbach Gallery in Factory Phnom Penh. Aside from the photo exhibit, there will also be various art performances to support Sokmean’s main goal: to preserve and re-introduce Cambodia’s culture to its very own people.

And he believes he will succeed.

Behind the scenes: Journey of a film writer