Prime Minister Hun Sen yesterday returned to the Kingdom from his China trip and announced that President Xi Jinping has agreed to grant $90 million in aid to strengthen Cambodia’s defence sector.

He said Mr Xi considers Cambodia as a loyal friend of China’s and that Mr Xi agreed to grant $90 million for Cambodia’s defence sector.

“Mr Xi declared to provide 600 million yuans to support the defence sector,” Mr Kim Hourn said. “Both sides will work on other sectors, such as tourism and culture.”

He added that Mr Xi also invited King Norodom Sihamoni to attend a meeting in Beijing next month. 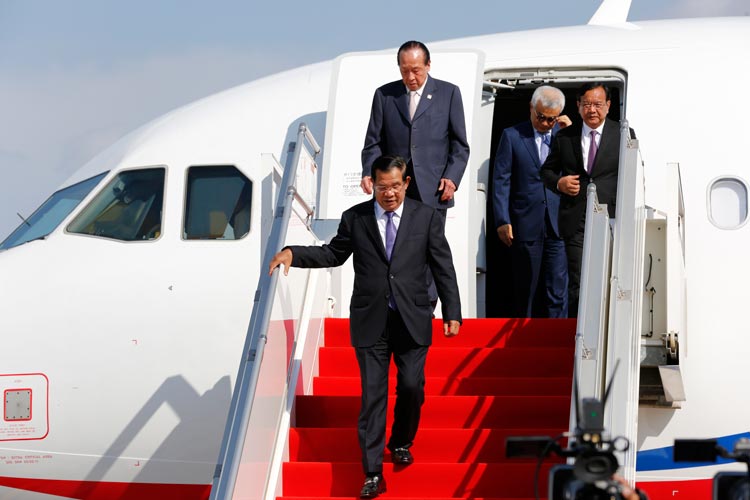 “I wish to thank a friend. China has always paid attention to help Cambodia to be developed into what it is today,” he said. “We wish to thank our friend China for granting 600 million yuans to strengthen our defence sector.”

“Due to meetings with big companies in Beijing, more Chinese companies will visit Cambodia in order to invest,” Mr Hun Sen said. “Our nation is enjoying stability, peace and development.”

Xinhua News Agency yesterday said that during the meeting, Mr Xi called on the two countries to implement an action plan for building a community with a shared future.

“The two sides should deepen cooperation on jointly building the Belt and Road, and construct key projects such as special economic zones, airports and highways,” Xinhua reported. “Xi said China welcomes Cambodia to actively participate in the building of the New International Land-Sea Trade Corridor.”