Rubber production increased by 32 percent in the first quarter of the year, with most of it shipped abroad, according to the latest official report.

The rubber was harvested in 201,519 hectares of land, with total rubber tree plantations in the Kingdom equalling 436,357 hectares, the report shows. 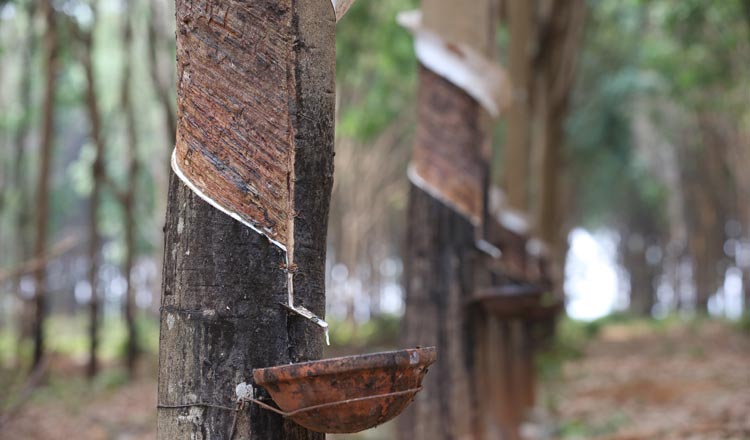 However, the average price the commodity fetches declined by 12 percent, reaching just $1,279 per tonne.

Pol Sopha, director general of the general directorate of rubber, said yesterday that the price drop in the international market presents an important challenge for the industry, but added that “farmers and small producers are okay with the current price.”

Vietnam is Cambodia’s biggest rubber market, although the Kingdom also exports to Malaysia.

In January, the Ministry of Agriculture announced that is working on a proposal to reduce taxes on rubber exports in a bid to attract more investors to the sector.