Cambodia has asked fellow Asean member states to issue a joint declaration to the European Union decrying the EU’s decision earlier this year to impose import duties on Cambodian rice.

The request was made by Cambodian Commerce Minister Pan Sorasak during the Asean Business Advisory Council Consultation meeting, held in Thailand on Monday.

Last week the Ministry of Commerce announced that it is considering issuing a complaint on the issue to the European Court of Justice.

According to the Cambodian Ministry of Commerce, the Asean economic ministers agreed to the Kingdom’s requests.

Hun Lak, vice president of the Cambodia Rice Federation, applauded the move by the Ministry of Commerce, saying that EU’s actions against Cambodia were unfair.

“I cannot tell you if the joint statement with Asean will be successful. I cannot say if the tariffs will be revoked. It will depend on how the negotiations go,” he said. 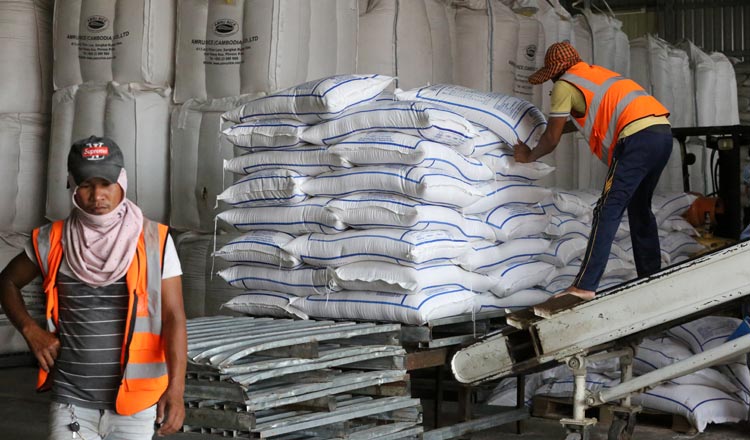 Chan Sophal, director of the Center for Policy Studies, also supported the move.

“It is a good idea that we unite to issue a statement as a single voice – as a bloc. This is a very positive step for us,” he said.

Commerce Ministry spokesman Seang Thay said on Friday they are collecting information to determine whether a complaint to the European Court of Justice is needed.

“We are now at the stage of collecting data and concrete information.

“We cannot give you a specific timeframe regarding when the complaint could be submitted. We are carrying out discussions and weighing information to decide whether or not to submit the complaint.”

Chairman and CEO of Signatures of Asia Chan Sokheang said Cambodia must negotiate with the EU to find a solution that will benefit farmers at home.

Will ‘cannabusiness’ turn around deprived groups?