“When I became a student of a theatre director at Royal University of Fine Arts during the 1990s, I was able to witness an impressive performance of the ‘The Miserable Line’ performed by my instructors. By having that chance to see them, I was inspired to read the script of the whole story. There are a lot of educational messages in it, such as the consequences of being addicted to alcohol, the art of negotiation, reconciliation of conflicts as well as the intervention of third party to end the conflict. I really see that it does reflects not just on family level but also on a national level. Though the story is almost 60 year old, it still suits our current society well,” said Soung Sopheak, founder and director of Khmer Art Action.

Decades after he first saw ‘The Miserable Line’, Sopheak staged his own play last weekend at Chaktomuk Theater.

The stage set-up made the audience felt like they were really in the 1960s, in which the original play was set. ‘The Miserable Line’ was written by Cambodia’s radical politician and former director for RUFA, Hang Thun Hak. The story portrays issues of one family, but actually signifies beyond that.

Before the spoken theater officially began, a classical musical performance made a perfect prelude.

Speaking in front of Khmer classical instruments on the left side of stage, Sopheak said, “The moral of the story is that when two parties (parents) are unwilling to compromise, they will not be able to reach a common place, a negotiation. So when they are in conflict, they won’t think about the consequences it might bring to their daughter as she has to choose between her mother and her father. But really, I want the audience to view this in a broader way.”

With an extravagant set-up and a meaningful story to showcase, Sopheak had to endure several challenges to make ‘The Miserable Line’ come to life again – even if it means pulling out money from his own pocket.

“I have tried to find sponsors too but perhaps this performance is out of their companies’ target. But as we are rich culturally and we all feel proud to have it, why not everyone of us show support by buying this affordable tickets to see our performers? Why we have to rely only on sponsors? This form of art will be alive if we all can support it,” he quipped.

“I am satisfied to see that even if the venue wasn’t jam-packed I still see people who really are passionate about spoken theater. I have set my mind to make this happen, and I am tremendously happy that my performers were able to deliver the script successfully. Lakhorn Niyeay perfectly depicted the realities of politics and society. But my real purpose is to intrigue people to think of negotiation and reconciliation.”

Performing as lead in the story, Keo Ratha, 58, is also an instructor of spoken theater (Lakhorn Niyeay) at RUFA. He has been a fan of the art for 40 years now.

“Aside from old age, my passion keeps driving me to show younger generation what Lakhorn Niyeay is, and how it mirrors the situation of one society.”

He explained, “This form of art comes with high responsibility. First is about script. All the stories’ value is composed of education, moral, criticism and suggestion towards the problem. So it stimulates people’s views – from small to huge. And perhaps this is the reason why I love it for decades now.”

‘The Miserable Line’ started with one family’s story – a drunkard father and a devoted mother. Five days after they got married, the couple fell apart. Due to depression, the Viski (father) turned to alcohol. He stopped talking to his wife, Srotun, who had all her focus on the dharma. The couple’s daughter, Neang Phorb, grew up with a father and mother that do not have love for each other. One day, a very drunk Viski was seen by his former colleague. Thinking that it’s not right to just leave Viski so wasted on the street, the men took him home. But Viski could no longer identify where home was, so they accidentally knocked on the wrong door. Their neighbour got mad; but seeing how the men helped Viski, he, too, was encouraged to help the poor drunkard. All the men went to Viski’s home and tried to reconcile the family who had been in chaos for so long. Unknown to them all, most of the suffering was felt by the couple’s daughter, Neang.

13-year-oldUm Morokot Bopha, one of the most enthusiastic audience, perceived the concept of the story beyond her age.

“The story tells audiences a lot such as how alcohol can lead people to cause problems in the family as well as harm especially people those who live around you. But it also teaches us that the people around us can help solve our problems.”

As an avid supporter of Khmer art, Bopha added, “I have been chasing around a lot of performances, but this is my first time to witness Khmer spoken theater. As my friends and I are art enthusiasts, we are now planning to create a platform where the art information can be widely spread.” 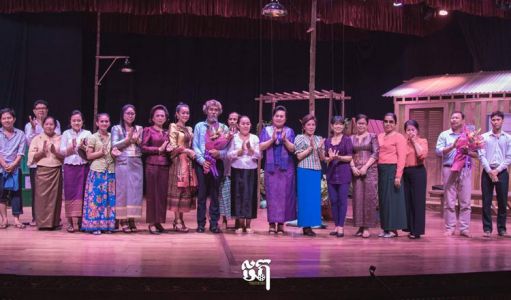 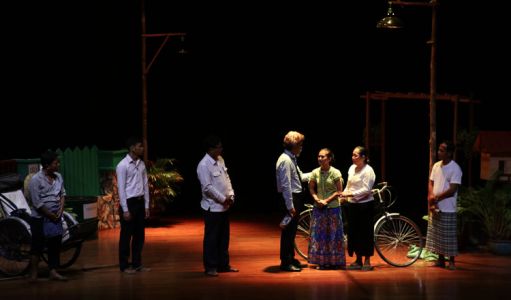 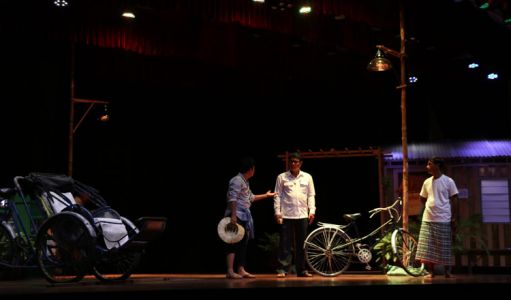 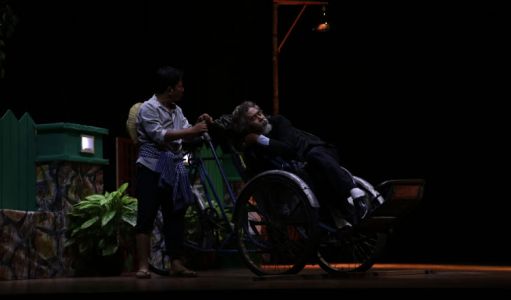 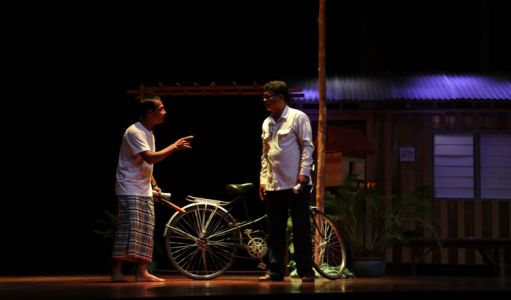 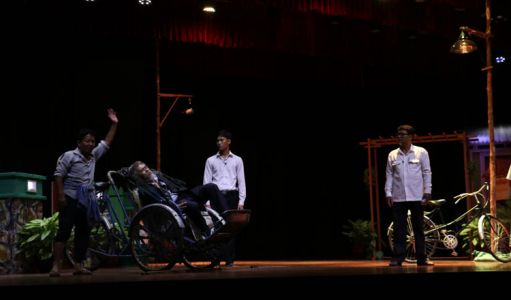 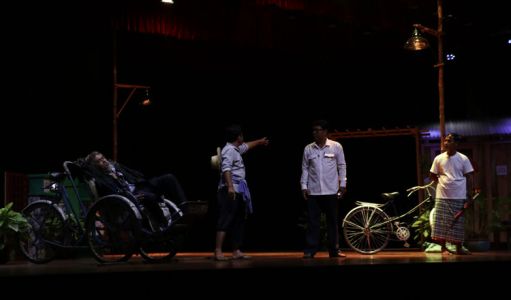 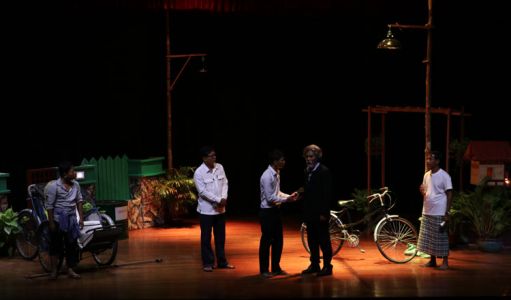