Private sector financial institutions have urged the government to rein in some banks and microfinance institutions which are still promoting the US dollar instead of riel in rural areas while the majority are pushing for more use of the national currency in the Kingdom.

The call was made yesterday during the 39th anniversary of Khmer Riel Day held at Aeon II to increase the public’s understanding on the importance of using the national currency and to boost its circulation among people from all walks of life.

Kea Borann, president of Cambodia Microfinance Association, yesterday said that more and more financial institutions are disbursing and accepting riel in the rural areas where earnings are based on the national currency.

He noted however that there are still some institutions which are pushing for the use of US dollars in the rural areas so that they can benefit from the fluctuating exchange rate.

Mr Borann said while the US dollar is widely used in the urban areas, rural folk earn incomes in riel and it is unfair for them to have to service loans in US currency.

He urged the government to provide a level playing field by getting all financial institutions to deal with riel in rural areas.

“The riel is being widely circulated due to the fiscal policy of the National Bank of Cambodia (NBC) to promote the national currency,” Mr Borann said. “But it has to ensure that there is more public awareness on the benefits of its use.

In Channy, president of Association of Banks in Cambodia, yesterday said that the riel has gained significant traction over the last decade owing to the ease of using it to carry out daily transactions compared with the dollar.

“One way to push for a wider use of the riel in the Kingdom is to promote this advantage,” Mr Channy said

Chea Serey, NBC director-general and assistant governor who was also at the event, said people should be made aware of the exchange rate risk when they service loans taken in US dollars.

She urged financial institutions and banks to do more to educate and explain to customers about the advantage of dealing in riel. 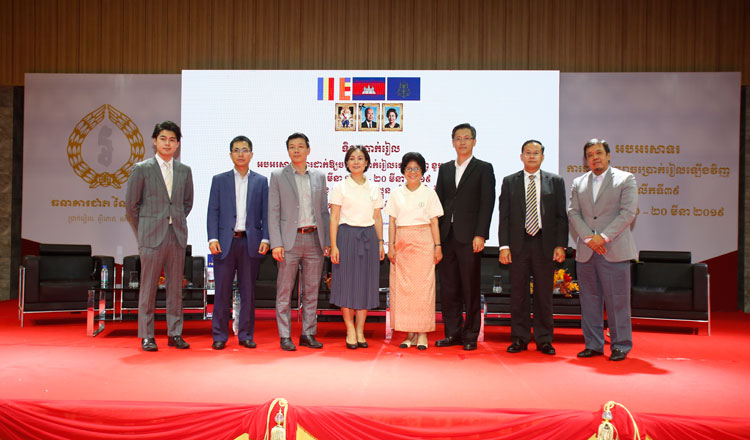 “It may be that some financial institutions’ staff are lazy and do not bother to explain the issue to customers and take the easy way out by pushing loans in dollars, Ms Serey said. “I suggest that all institutions should take the trouble to educate customers on the benefits of using riel.

NBC Deputy Governor Neav Chanthana yesterday said that the wider use of riel in the economy will help to strengthen the efficiency of implementing the monetary policy to manage foreign exchange rates and stabilize the macro economy.

“To reduce dependence on the dollar we all have to play our parts as it is a difficult task and will take time,” Ms Chanthana said.

“I formed a habit of only using riel in most of my transactions and decided to apply this in my company four years ago,” he said. “In the beginning it was difficult to carry out transactions in riel but we succeeded because we are proud of using our national currency.”

The government is considering asking the garment sector, which employs more than 700,000 workers, to pay salaries in riel.