The Park City Borey project in Poipet City’s Psar Kandal commune is aimed at meeting property demand in the district along the Cambodia-Thai border.

During a ground-breaking ceremony on Saturday, Lay Bun Pa, chairman of the company’s board of directors, was quoted by local media as saying that the project involves the building of single storey and linked villas, shophouses, commercial buildings, a gym, swimming pool, a convention hall and casinos, all of which will be equipped with modern amenities.

He noted that over the last few decades Cambodia has enjoyed high economic growth and development, fuelling demand for property in Phnom Penh and provinces.

Mr Bun Pa said the project will meet the demand for luxury residential and commercial building in Poipet City.

“The company is committed to striving to provide all customers with a stylish lifestyle and security with 24-hour guards,” he said. “We will make every effort to ensure that Total Home Enterprise is a leading developer of quality and value property in the Kingdom.” 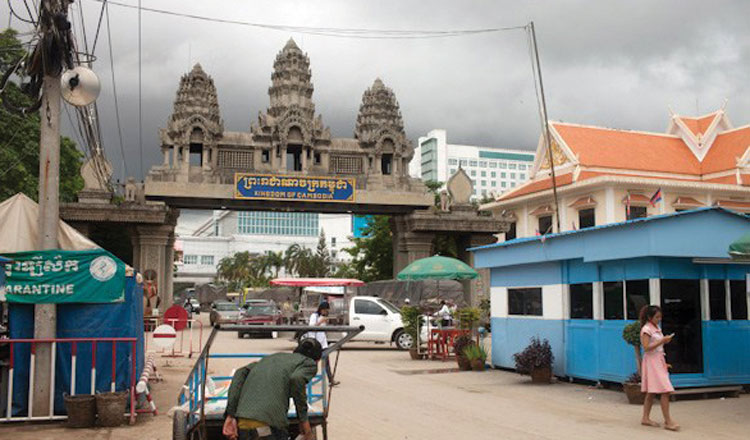 A sales representative, who asked not to be named, yesterday said The Park City will cover 70 hectares of land in Kilo 4 Village and there will be 2,000 units of residential houses and shophouses.

The company has not disclosed how much the project costs.

Poipet City Governor San Seang Hour said recently that this year five condominiums were built in Poipet City to meet demand from local and the increasing number of international investors.

“Now, Poipet City has 60 skyscrapers, which makes it one of the fastest growing cities in the country, and the population is increasing,” he said. “Poipet City has four special economic zones where factories employ thousands of workers and improve their livelihoods.”

Poipet City currently has about 150,000 residents including about 30,000 foreigners.