Banks in the Kingdom are slowly making their way to including more riel loans in their portfolios by the end of this year. In 2016, the National Bank of Cambodia (NBC) announced that the banks were required to meet a 10 percent riel quota in their loan portfolios by the end of this year. The prakas was intended to make financial institutions realise their role in the economy to promote the riel and move away from completely dollarised portfolios.

The percentage of dollars deposited in commercial banks ranges as high as 98 percent while 95 percent of loans are denominated in dollars.

“We must take pride that Cambodia has its own currency,” chief executive officer of Maybank Cambodia Mohd Hanif Suadi says.

“Maybank aims to meet the 10% quota while continuing to play our role towards the riel becoming the primary currency one day,” he adds.

Clients are used to dollars

Traditional clients are used to taking loans in dollars. Demand for riel loans is not particularly strong in the capital and transactions in the local currency is widespread only in the provinces.

“When people are faced with something new they tend to take a wait and see attitude. If I put my money in another currency rather than dollars–is that a risk that I can take? I think the mindset is going to have to evolve,” Hanif says.

The dollarisation of the economy has deep roots since the inception of the Kingdom’s modern economy in the 1990s.

“If customers are buying something in dollars it’s going to be difficult for them to take a loan in KHR. They will be exposed to exchange rates risk. That is something that has not matured. We have to evolve on this journey together,” he adds. 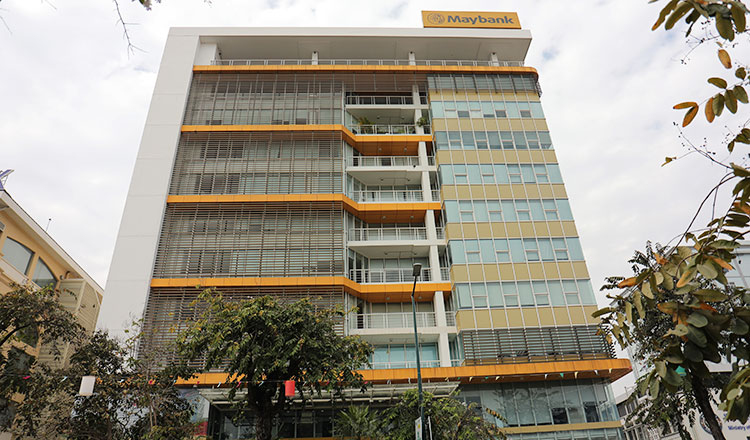 Many banks have devised clever marketing loan products to incentivise clients to take either entire riel loans or making portions of their dollar in riel. But many customers assume commercial banks solely dealt only dollar loans, while MFIs specialised in smaller riel loans.

“In the past until last year the perception of communities in which we serve was that probably our bank was not in the market for KHR loans. But we are now seeing a change in the level of awareness. We now see KHR loans applications coming in through our branches, and that’s a healthy trend “Hanif says.

There needs to be a culture shift as well to coincide with the directives from the central bank to promote riel use and begin to dedollarise the economy.

“We must take pride that we are building our own currency. Today $1 translates to 4,000 riel,” Hanif explains.

“My conversations with my team is ‘How do we drop the three zeros?’ It gets people thinking, right? ‘Oh, that only happens in Malaysia’: One dollar to four ringgit. I say yes it’s possible in Malaysia and it is possible in Cambodia” he adds.

There has been much discussion among those in the banking industry whether to push riel loan products onto customers even if there is no demand for them.

Maybank Cambodia believes in providing the right product packaging that meets the customers’ needs while very much aligned to delivering the 10% quota by year end, and in this regard reinforce our advise to them the wisdom of including riel in their financing package with us.

Such conversations with our existing and new clients is everyday conversation in Maybank today.

“It is upon the banks to comply [with the NBC prakas] and we do it in such a way that eases the customers through the entire experience”, he says.

Also, commercial banks accustomed to completely dollarised loan portfolios have less experience dealing with the intricacies of an unfamiliar currency. Banks like Maybank are considering lending in riel to financial institutions and foregoing individuals looking for smaller loans.

“From a risk management perspective (it is) whether you want to lend to small borrowers or lend to the bank that the small borrowers go to. That’s another area where my team has begun achieving some level of traction in terms of lending to small borrowers. Maybank will continue to stay the course to play to its strength and focus as a Retail and SME community bank”, Hanif says. Nationalism and prideHanif believes de-dollarisation will occur in tandem with an increased sense of pride and nationalism in the Kingdom.

“Coming from a nation where we take pride in our own currency I believe it’s incumbent on us to build on that sense of nationalism. Hopefully sooner than later the entire ecosystem of the economy will jump on the bandwagon [of riel use].”

39th Anniversary on the Reintroduction of the Riel