During the height of the US’ war in Vietnam, members of the National Assembly voted to remove Prince Sihanouk from power as he was in Moscow, forcing him to create a government in exile in Beijing. They then appointed Marshal Lon Nol as President of the Khmer Republic.

Mr Hun Sen yesterday during a graduation ceremony said the ousting of Prince Sihanouk was a result of Cambodian leaders colluding with foreigners, referring to the United States.

“Even though there was a push from foreigners in 1970, had Lon Nol, Sisowath Sirik Matak […] not conspired to push for war and a takeover, the coup would not have occurred,” he said. “Whether the coup would succeed or not depended on internal factors.”

Lon Rith, son of Marshal Nol, on Wednesday during a Cross-Talk discussion with Khmer Times said the removal of Prince Sihanouk was a National Assembly decision.

“It was not [my father’s] decision, it was the decision of the National Assembly and the Cambodian people,” Mr Rith said. “They were no longer confident in Prince Sihanouk.”

The US embassy in Phnom Penh has denied ever being involved in a coup in Cambodia and accused China of supporting Pol Pot’s brutal Khmer Rouge regime.

The Chinese embassy responded by accusing the CIA of being involved in the removal of Prince Sihanouk from power.

Paul Chambers, lecturer at Naresuan University’s College of Asean Community Studies, yesterday said the CIA was very much involved in the ousting of Prince Sihanouk. 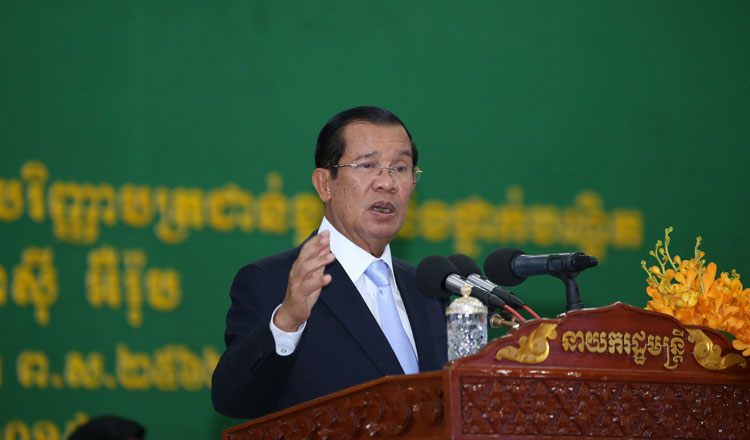 “With Oum Mannorine arrested, Lon Nol and Sirik Matak could control the armed forces,” he said. “Ultimately, blame for the coup falls on the feet of the US Central Intelligence Agency which had been plotting for years the overthrow or assassination of Sihanouk. The CIA code name for the 1970 coup operation in Cambodia was ‘Operation Sunshine Park’.”

Ou Chanrath, a former opposition party lawmaker, yesterday said regardless of who was behind the ousting of the prince, the Kingdom has yet to form a national consensus on the matter.

“It is a historic issue, we cannot say who is right or who is wrong,” Mr Chanrath said. “We are not clear whether the US was really behind the coup, but they did strongly support Lon Nol’s government later.”