Cambodian youth nowadays enjoy the challenges that are ever present in the start-up world. They take the challenges as motivation to learn more and do more tech-related works, knowing that they don’t really need formal education or training in IT; just pure and strong commitment and willingness to learn. They also acknowledge the need to find good advisers to guide them through their endeavours. Va Sonyka joined last week’s Digital Cambodia and found five start-ups that are slowly but surely achieving their goals. 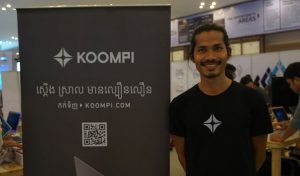 In 2012, the idea of making Cambodian-made laptops was generated by Thul Rithy, who co-founded Koompi and SmallWorld co-working space. With just three people, the team started researching, testing, designing and building applications for Koompi until 2017. Producing an innovative product was a long process for the team. But after spending five years to invent their first ever laptop, they know all the time and were worth it.

Rithy said, “It is an important lesson on our first sale. We learned a lot about production, hardware, software design and more.”

Koompi laptop was finally launched in late 2018. The company released 1000 units of its first edition. Four months after the release of Koompi, there are now only 200 units left. The business is growing continuously and the team also grew from three people to now nine. Koompi will be expanding its team to 30 in the future.

Wapatoa
Educational Website
Founded in early 2018, scaled up in late 2018 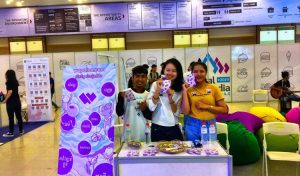 Blogger Seang Sokcheng was so fond of sharing educationl articles on her personal site. But she soon realised that he can use her passion for education for a start-up. She co-founded Wapatoa last year. Planning the start-up for just three months, Sokcheng and Alix Fsechotte officially launched wapatoa.com as a website dedicated to educate the people of Cambodia.

The website aims to encourage its readers to think smart, to be compassionate and to share love to the people around them. Wapatoa tries to educate people by using art and science together in articles and illustrations. The website is now focusing on branded contents to make income to further push its objective.

“We had hard time talking to clients and deal with them. We’re luck that we share work space with SmallWorld, where we can approach the experts and people at SmallWorld such as Rithy, SmallWorld’s co-founder, for advice,” Sokcheng said, noting that the startup people need to learn how and who they can find for assistance.

Wapatoa is planning to organise various trainings on self-development, app-making and blogging to students, especially those living and studying outside the capital.

Sil Animation
Animation Expert
Founded in 2016, scaled up in 2017 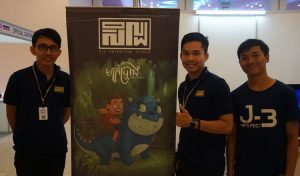 Yok Chivalry founded Sil Animation all by himself. And take note: he doesn’t even have formal training on animation. Chivalry went to art class in Grade 7 until he graduated high school. But because there’s no dedicated school to study animation, he chose finance and banking as his major. But habits are hard to break – much more if your habit is your passion. He continued to practice his drawing skills and developed them to digital works. Finally, he got himself into an internship in an international company for four years. That’s how the start-up began.

A year after he launched Sil Animation, it started to generate income for him. He received projects from NGOs and private companies. Now, his start-up has six people and he plans to recruit more this year. The team also makes their own games for PC and smartphones, and for a TV series, which is under development.

He said, “Market demand for animation is big. But human resource is less.This work needs more people who have artistic and creative skills”. 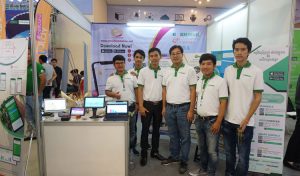 In 2012, Chay Sengtha relied on clients who want him to develop apps to earn a living. But when co-founded E-Khmer Technology, he turned his income into an investment. His start-up released two mobile applications in 2018 and other nine this year to help solve people’s daily life problems.

“We want to convert most of the works in Cambodia to digital,” said Sengtha. “We think this year is good timing to promote technology.”

Asked why he spent six years before releasing his first app, he said, “We had ideas in mind but we needed to find a good technology to fit the current market. There were times when I built app and tested them, but some were unsuccessful. So, I needed to fix the flaws first.”

Now, the company has nine mobile app developers; all of them began as interns of E-Khmer Technology.

Sengtha said the team will be focusing on fintech this year.

Coolbeans
App and Website Builder
Founded in 2017, scaled up in 2018 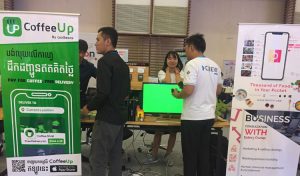 Having formed the team in November 2016 and launched the start-up in early 2017, the five people behind Coolbeans aim to build mobile and web apps, games, UX/UI design and e-commerce website.

According to Tin Kolza, co-founder and UX/UI designer, the team has expanded last year. Now, there are nine people in the team and they plan to recruit more technical and communication staff this year to scale up service efficiency.

“We aim to provide a very acceptable standard and quality of system and design materials with the motivation to transform all traditional business to technology,” said Kolza. 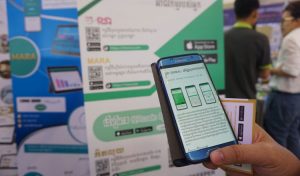 He said that there are some challenges in tech solution startup like his, especially when working with client. Developers need to understand very detail and the main objective of every project so that the team can provide the right tech solution.

Designing the website or the apps also take time as the developers need to connect with users on their experiences with their product, and find out their efficiency. The team also needs to keep themselves updated with the latest trends in the tech world.