Cambodia will sign seven documents, including two agreements and five Memoranda of Understanding, with South Korea during President Moon Jae-in’s visit to the Kingdom.

Mr Moon is in the Kingdom until tomorrow following his arrival yesterday.

He is expected to meet Prime Minister Hun Sen today for a bilateral meeting and business forum before witnessing the signing of health and rural road renovation agreements and five MoUs on energy, business, construction, research and diplomacy. 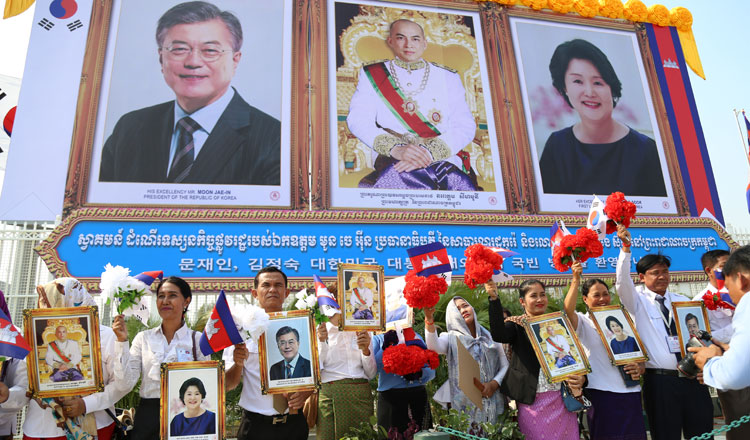 Before witnessing the signing, Mr Moon will meet King Norodom Sihamoni at the Royal Palace, place a wreath at Independence Monument.

Mr Hun Sen yesterday said he and his wife Bun Rany will have dinner with Mr Moon and First Lady Kim Jung-sook.

“Tonight my wife and I will dine with Mr Moon and his wife,” he said. “Tomorrow I plan to ask South Korea to buy our products.” 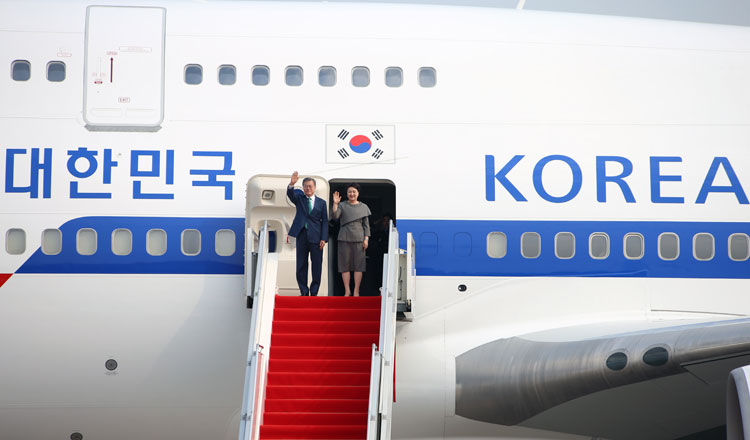 When asked about the loan agreements and how much they’re worth, government spokesman Phay Siphan yesterday said Mr Hun Sen was still negotiating with Mr Moon.

“We can’t provide details yet because it is still being negotiated by Prime Minister Hun Sen,” Mr Siphan said.

Tomorrow, Mr Moon will visit Angkor Wat in Siem Reap province, where he will spend three hours before returning to Seoul.

Many people have benefited from South Korean relations. 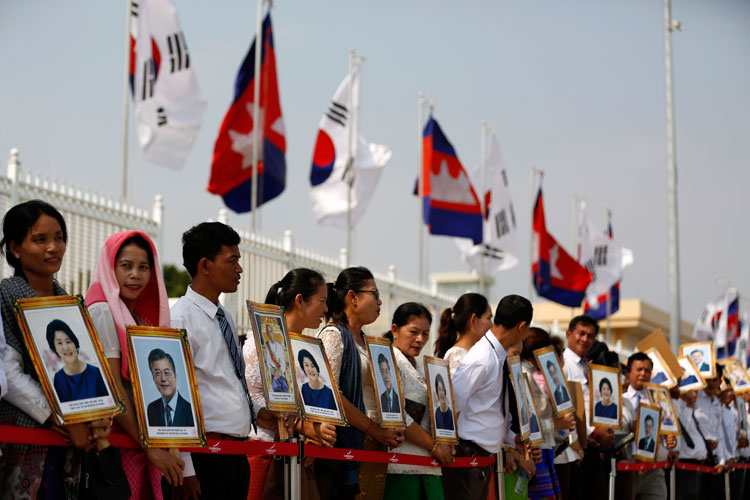 Sao Samorn, a businessman, said that he is happy to hear about Mr Hun Sen’s push for the purchase of Cambodian goods by South Korea.

“I believe that our countries will get fruitful results,” Mr Samorn said. “Our leader will discuss boosting the economy by helping Khmer products be exposed to Korean investors.”

Kampot and Kratie get Japanese aid