Royal Cambodian Armed Forces (RCAF) commander-in-chief General Vong Pisen has called on soldiers to be loyal to the nation and strictly implement the government orders.

Speaking to hundreds of soldiers during the closing ceremony of a military officers training programme at the Army Institute in Kompong Speu province, Gen Pisen ordered soldiers to strictly implement the government’s instructions.

“General Vong Pisen instructed all soldiers to be loyal to the nation, religion and King,” a statement from RCAF’s High Command headquarter said yesterday.

“You must strictly respect discipline and the RCAF’s bylaws and you must respect the orders of the royal government, Ministry of National Defense and High Command headquarters.” Gen Pisen added. 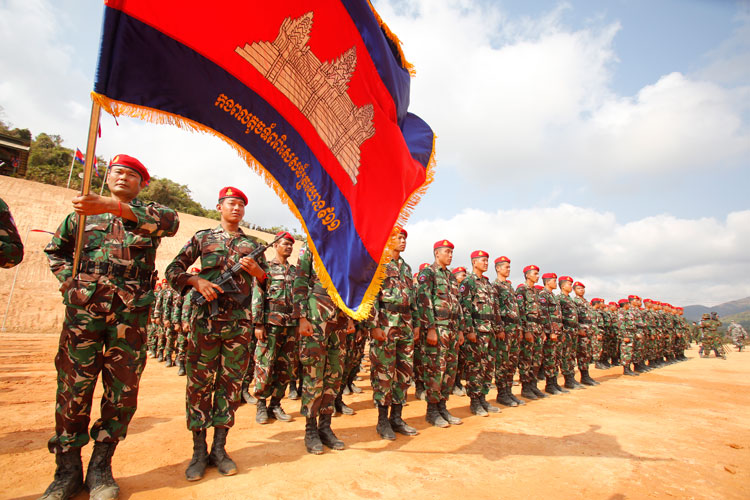 In response, the Defense Ministry strongly condemned Mr Rainsy’s instigation against the legitimate government and said the armed forces would obey government orders.

During his speech Gen Pisen also praised the Amy Institute which cooperated with the Education Ministry to prepare the training programme and told trainees to study hard and follow army regulations.

In the presence of Chinese military officials who attended the ceremony, Gen Pisen also expressed his gratitude to the Chinese People’s Liberation Army (PLA) for it support to the Kingdom.

“I take this opportunity to thank the Chinese People’s Liberation Army that always provides huge support towards our socio-economic development, especially through investments from China,” Gen Pisen said.