The trucks were for Phnom Penh, along with Koh Kong, Preah Sihanouk, Ratanakkiri and Mondulkiri provinces.

Mr Kean Hor said that the delivery of trucks would contribute to the efficiency of the departments’ work and let them intervene quickly on water resources work.

He said 20 trucks had been handed over recently to provincial water resources departments.

“All departments are to use and maintain these vehicles for the benefit of current and future work related to water resources,” Mr Kean Hor said.

He said Cambodia was under the influence of the El Nino phenomenon and the climate was hot. The government had circulated guidance recently on action to be taken. 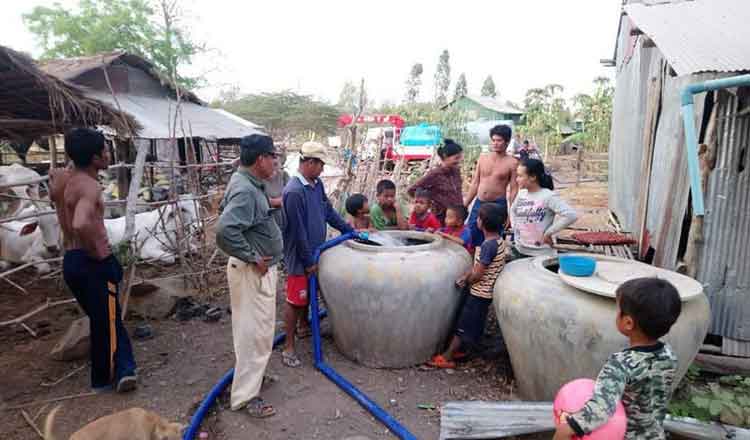 Some provinces had been using these vehicles to transport stored water to people in areas affected by shortages.

On Wednesday, the ministry called on the National Assembly to provide more research funds to address increasing temperatures in the Kingdom.

The ministry had received funds from the state budget and development partners.

This year, the state is providing about $50 million for the construction of irrigation systems, maintenance and conducting forecasts.

This did not mean the drought was widespread. Only some villages or communes were facing water shortage.

Mr Youttha said the ministry and local authorities were helping to provide water to affected areas by digging wells and ponds.