Home - Kingdom not yet ready for LGBT laws: Hun Sen

Kingdom not yet ready for LGBT laws: Hun Sen

Prime Minister Hun Sen yesterday said the Kingdom is not ready yet to create legislation to allow same-sex marriages because the issue is still causing controversy in some countries.

Mr Hun Sen, however, appealed again to parents, guardians and the public not to discriminate against or hate LGBT people.

He also called on LGBT people to prevent the spread of sexually transmitted diseases, especially HIV, as he has received a report that the HIV transmission rates among homosexuals has increased.

“Infectious diseases among gay men have begun to spread, they should be careful and not transmit diseases to others,” Mr Hun Sen said.

He noted that while the government cannot legislate to have same-sex marriages, it does not discriminate against LGBT people.

“We cannot create a law to allow for marriage of LGBT people and some countries are also facing controversy over this issue,” Mr Hun Sen said. “We also do not need to have such a law because we do not prevent same-sex relationships and we do not arrest LGBT people and put them in prison.”

“We have also never mistreated or punished LGBT people, so there is no problem if there is no such law,” he added. 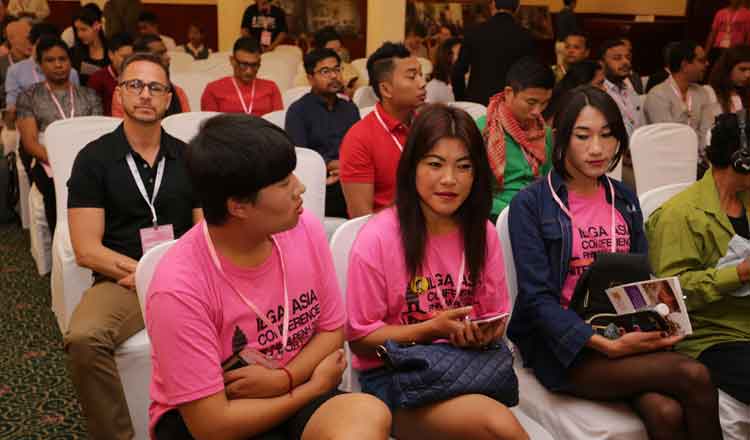 The law does not allow for a gender change. KT/Mai VireakLy Pisey, coordinator for Rainbow Community Kampuchea, said that the Prime Minister’s message calling for no discrimination against LGBT people shows that the government pays high attention to the plight of the LGBT community even though Cambodia has yet to have a law to allow same-sex marriages.

“We are advocates from the community and we know that legal discussions or amendments are not easy,” she said. “There is nothing in the statement from Samdech Techo [Prime Minister] that attacks LGBT people who he supports.”

“It is just that the marriage law cannot be created but this does not mean that it cannot be done in the future although it may require a thorough study and discussion with stakeholders,” Ms Pisey added.

RoCK and the LGBT community have previously urged the government several times to provide some legal support to them, such as a marriage law, adoption rights, family records and national ID cards which state their sexual preference in order for them to receive full rights as citizens.

Kheng Somarith, deputy director general in charge of the Civil Code at the Justice Ministry, has previously said that generally the birth certificate information stating a child’s gender is given by parents.

He said other documents such as the identity card, passport and family records follow information in the birth certificate and the law does not allow for a gender change according to an individual’s wishes.”