BANTEAY MEANCHEY: Relief and untold immense joy was apparent among the 47 Malaysian detainees who would be making their way home in the next two days, most likely on a chartered plane provided by Cambodia-based JC International Airlines Co Ltd. 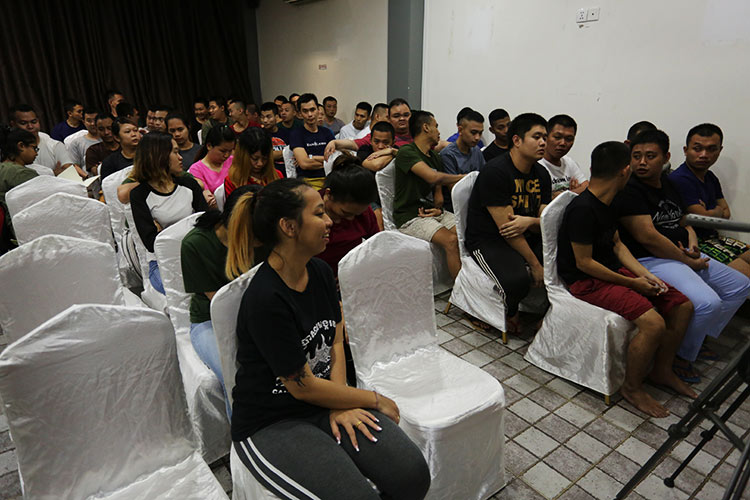 Initially planned for departure on the first flight out on AirAsia tomorrow, the detainees were instead asked to wait for a little while as both Cambodian and Malaysian authorities acquire airspace clearance from countries the airline would fly through including Singapore.

“We have received everything necessary from the Cambodian government to secure the release of our Malaysians. This includes a temporary release granted by the court for the detainees to travel. Cambodia said it would also ensure that paperwork on the airspace clearance would be accorded,” Malaysian Member of Parliament Wan Junaidi Tuanku Jaafar told reporters.

He said using a charter flight was the most suitable mode to transport the detainees as they could return with the Malaysian delegation, which brings the total of travellers to 52.

“We did consider AirAsia’s service but it would have had to stop at Kuala Lumpur first. Most of our Malaysians just can’t wait to go home and have bags to carry. It won’t be feasible to go to Kuala Lumpur first, and then Sarawak or Sabah in East Malaysia. Hence, we thought about a charter plane. Cambodia suggested JC International, so we are looking at it,” said Mr Wan Junaidi who worked with International NGO head Mustapha Ahmad Marican and Senior Minister of Special Mission Osman Hassan on the release of the detainees yesterday.

Meanwhile, Osman said the provincial court has granted the release on a temporary basis for the detainees but their charges still remain on record.

The 47 detainees were arrested together with eight Chinese nationals in a police raid in Poipet on Dec 11 and charged for cheating, opening and managing illegal gambling activities.

“It is an offence committed under the Cambodian law. We have to follow the law. I advise the Malaysians to think properly next time. Don’t make any more mistakes. When you go back don’t follow people with bad intentions.

“But if you return here and create problems, the authorities will pull up your record and you will have to face the law,” Mr Osman advised the detainees.

On the repatriation, he narrated how he managed to help release the detainees within five days of meeting with them on Feb 11 although he felt it would take two weeks to get the results.

“I told all of you to be patient and let me work on this. It started with a morning meeting the next day with Prime Minister Hun Sen who said we must follow the law and to resolve the problem as soon as possible. Then I met his deputy Prak Sokhonn, followed by more meetings with the Justice and Interior Ministers.

“Finally, the court gave the release on temporary basis and now we can have breakfast and lunch, and dinner too before you all return home to Malaysia,” he said.

“When I go home, I will marry my sweetheart,” Malaysian detainee says