One of the most heart-warming traditions surrounding Chinese New Year has to be the annual reunion dinner. Generations of Chinese everywhere take this opportunity to reaffirm family ties around the dining table which simply means a grand feast of a variety of mouth-watering dishes.

Usually, everyone brings out his or her specialty dishes for the feast. Food is one of the things that the Chinese take the most pride in. And of course, lot of care and thought is put into the menu for the most important holiday of the year. 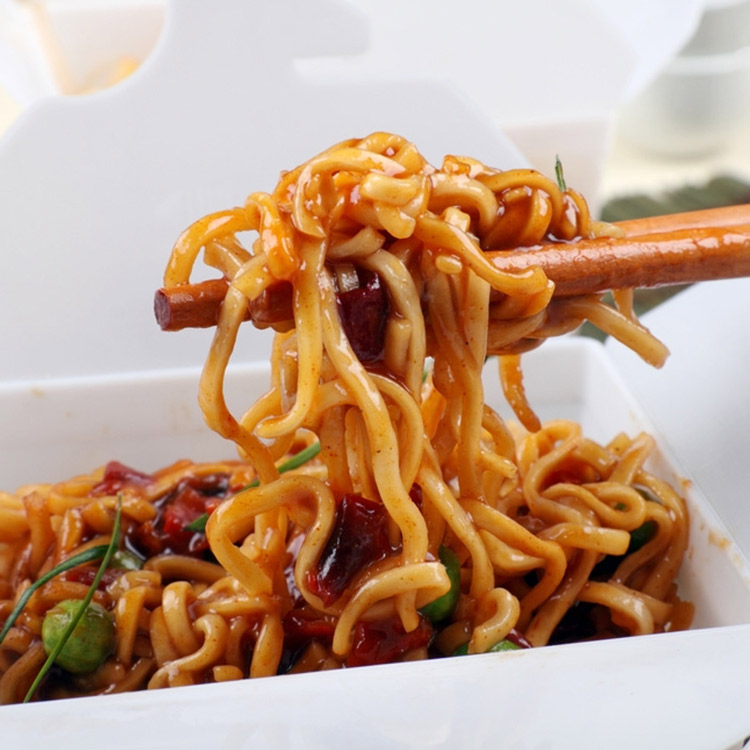 As with Chinese New Year activities and decorations, the dishes are created to give blessings for the next year. Both the names and looks are symbols of wishes for prosperity, happiness and auspiciousness.

What gives a certain food symbolic significance? Sometimes it is based on appearance. For example, serving a whole chicken during the Chinese New Year season symbolizes family togetherness. And noodles represent a long life (an old superstition says that it’s bad luck to cut them).

On the other hand, a food may have special significance during Chinese New Year because of the way the Chinese word for it sounds. Tangerines and oranges are passed out freely during Chinese New Year as the words for tangerine and orange sound like luck and wealth, respectively. And let’s not forget pomelos—this large ancestor of the grapefruit signifies abundance, as the Chinese word for pomelo sounds like the word for “to have.” 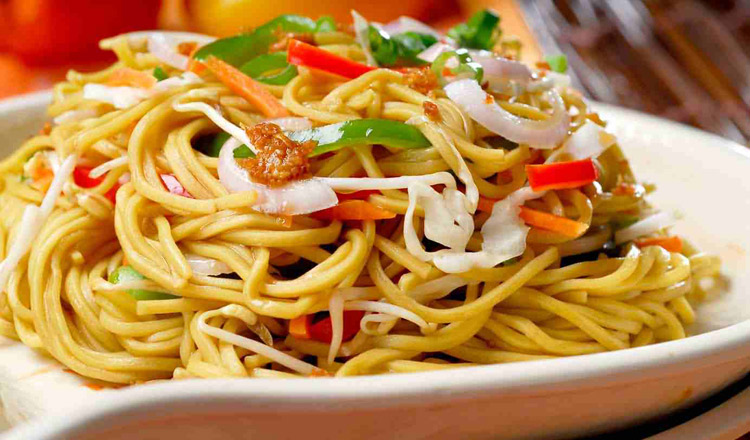 Dumplings are eaten during every special occasion, but are the most significant during Chinese New Year. That’s a lot of dumplings! But there’s good reason. Dumplings are shaped like ancient Chinese silver and gold ingots. By wrapping dumplings, you are wrapping in the fortune. After eating them, you will live a wealthy and prosperous life!! Dumplings are steamed but they can be pan-fried too and called pot stickers. There are too many different types of filling to count. You can have whatever type of meat, vegetable and flavour you’d like. Typically, they include Chinese cabbage, green onion, pork and shrimp.

In addition to the joy of eating delicious food, the making process is a family bonding activity too. During New Year preparations, every member of the family participates and wraps dumplings. In certain regions, the daughter-in-law must make a dumpling to be considered part of the family. In some places, it’s custom to cook dumplings and noodles together. This is called gold silk and gold ingots. It’s yet another dish to express people’s wishes for prosperity.

There are all types of noodles: long, short, dry, vegetarian, meat, and more. They can also be made of flour, rice or even green bean powder. For Chinese New Year, people like to eat long noodles. You aren’t allowed to cut them and should try not to chew either. The longer the noodle, the longer your life will be. This calls for a lot of slurping.

With noodles, there is great flexibility for sides and ingredients. Many vegetables and meats have symbolic meanings as well. For example: Fish is a must for the Chinese New Year. Why does fish symbolize surplus and wealth? In Chinese, fish has the same pronunciation as, which means “surplus” or “extra.” The typical blessing is (Nián nián yǒuyú), wishing you to have a surplus (or fish) of food and money every year. People will steam a whole fish for the New Year Eve’s dinner. Half of the fish is eaten for dinner, and the second half the next day. This is to prolong the surplus and make the future prosperous as well. A whole fish also represents a harmonious and whole family. Eggrolls are probably the most well-known of Chinese cuisine. However, they’re actually “spring rolls.” They can appear on the table as a dinner dish, appetizer or snack. Because they look like bars of gold, spring rolls are a wish for prosperity and wealth. Most are familiar with the deep fried version of spring rolls. Spring roll skins are made of flour, water and some salt. The filling depends on your personal taste. Traditionally, the filling is made of pork, Chinese cabbage, shiitake, carrots and seasoning.

Nian gao, also known as “rice cake” or “New Year cake” in English, are a must for Chinese New Year. They are either made of sticky glutinous rice or yellow rice, giving nian gao two major colours and textures. Depending on their shape, they can represent gold and silver bricks or bars.Nian gao was already popular during the Wei and Jin dynasties (220-420). But after more than two thousand years of development, there are a crazy amount of variations. A common dish includes Chinese cabbage, salted vegetables and thin strips of pork. Prepared like this, nian gao are a substitute for rice or noodles.

Of course, the reunion dinner is not complete without chicken.A whole chicken is another symbol of family. It represents reunion and rebirth. To express this auspicious meaning, people keep the head and claws. 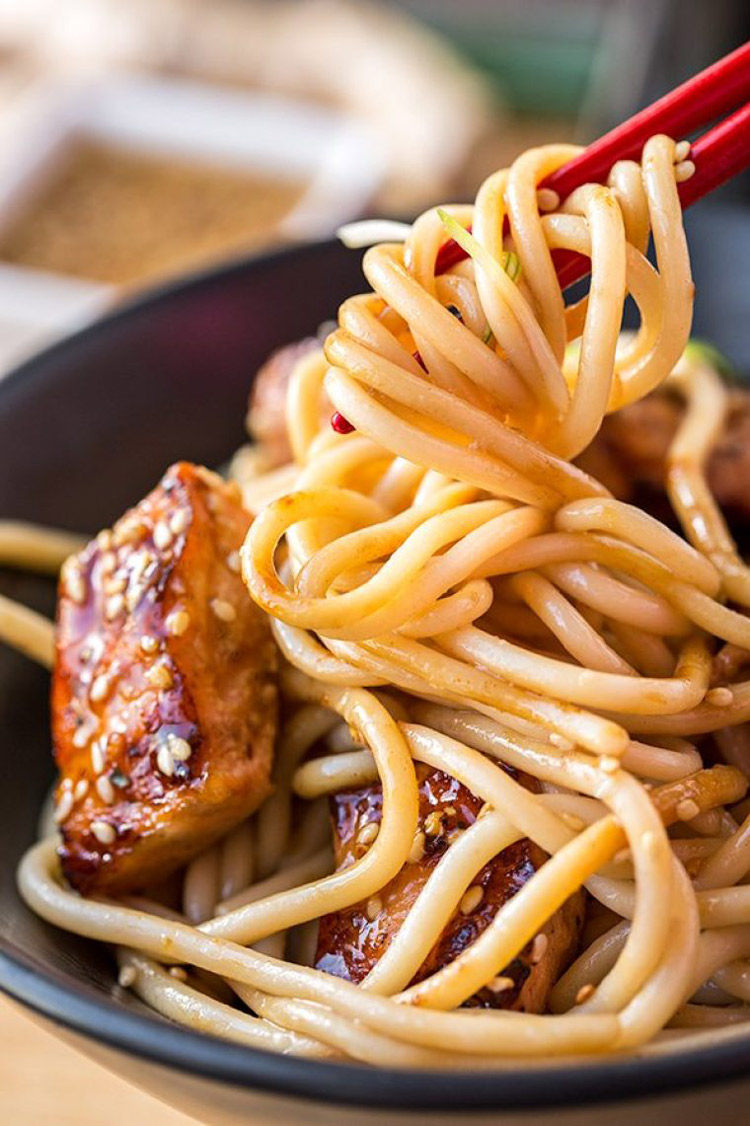 After cooking, people will first offer the chicken to the ancestors. Though only a superstition now, praying to the ancestors for blessings and protection is still a significant part of the Spring Festival and Chinese culture.

For the first meal, some also cook eggs. The egg white and yolk represent gold and silver and are simple gifts for friends and neighbors.

A dish of all sorts of symbolic vegetables put together can always be seen on the table during New Years. They include, seaweed, lotus seeds, bamboo shoots, leek, mushroom, muskmelon, grapefruit, osmanthus flower petals. 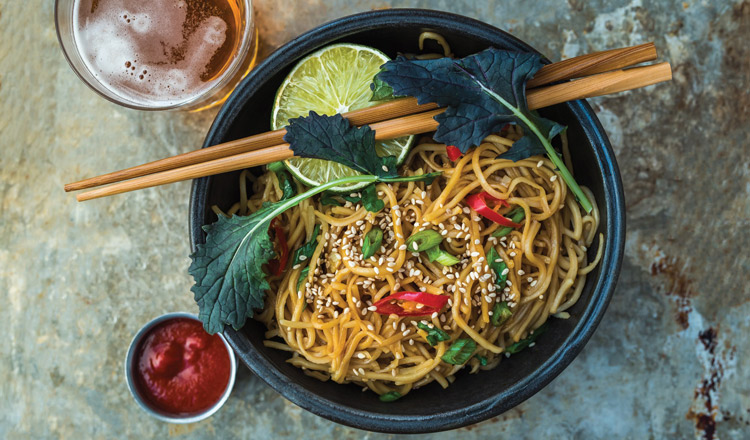 For many, hot pot is the centerpiece of Spring Festival dinners. The bubbling soup in the pot gives off a warm and festive feeling.

Part of the flavour comes from the broth that is chosen in the pot. The other part is the dipping sauce. There are special hot pot sauces made from using raw egg, sesame paste, salt, sugar, cilantro and peppers.

Now, for those are vegetarian, there’s the Buddha’s Delight. This popular New Year’s day dish is loaded with symbolism. It is a Buddhist tradition that no animal or fish should be killed on the first day of the lunar year. Vegetables are considered to be purifying, and many of the ingredients in this dish, from lily buds to fungus, have their own special significance.

Of course, there a lot more dishes. In fact, you can’t celebrate Chinese New Year without feasting. Chinese traditions dictate that there are certain dishes that everyone must eat during the celebrations. But the essence of feasting is it is a time to celebrate and see long lost relatives.

THE SPIRIT OF CHINESE NEW YEAR GROWS STRONGER IN CAMBODIA

“PIG”— A SYMBOL OF WEALTH AND FORTUNE IN CHINESE CULTURE