Home - “PIG”— A SYMBOL OF WEALTH AND FORTUNE IN CHINESE CULTURE

“PIG”— A SYMBOL OF WEALTH AND FORTUNE IN CHINESE CULTURE

Stepping into 2019 which is a Year of Earth Pig, you may be tempted to know what is in store for you for the year.

The pig is the twelfth of all zodiac animals. According to Chinese mythology, the Jade Emperor, a representation of the first god in Chinese theology, said the order would be decided by the order in which they arrived to his party. Pig was late because he overslept. Another story says that a wolf destroyed his house. He had to rebuild his home before he could set off. When he arrived, he was the last one and could only take twelfth place.

The animal is seen as a symbol of wealth and fortune in Chinese culture. Within the years of the pig there are five variations, with 2019 heralding the first year of the Earth Pig since 1959.

According to astrology people born in the year of the Earth Pig are thought to be social butterflies with friends from all walks of life with the prospect of living fortunate, happy lives.

They are successful later in life. However, they are not the most romantic people and might need to work on that. Their chubby faces and big ears are signs of fortune as well. They are diligent, compassionate, and generous. They have great concentration: once they set a goal, they will devote all their energy to achieving it. Though pigs rarely seek help from others, they will not refuse to give others a hand. Pigs never suspect trickery, so they are easily fooled. 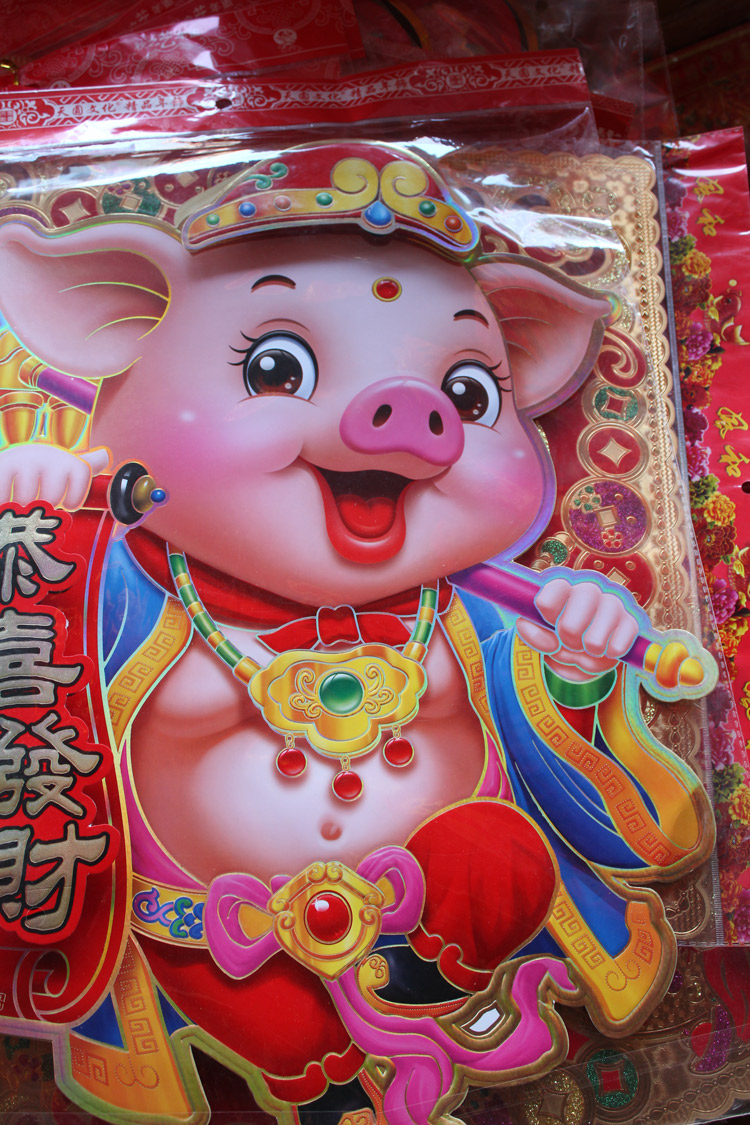 General speaking, people born in the Year of the Pig are relatively calm when facing trouble. No matter how difficult the problems are pigs encounter, they can handle things properly and carefully. They have a great sense of responsibility to finish what they are engaged in. In 2019, even though pigs will be in their birth sign year (traditionally an unlucky year), pigs generally have smooth prospects for the coming year. Their overall luck for career, health, and love is normal, while their wealth will increase as they will be well rewarded.

As far as career prospects are concerned, people born in the Year of the Pig will have a small setback in their careers in 2019. But everything will turn out for the good when they begin moving. For entrepreneurs, it’s a good year to develop their businesses. The last months of 2019 are the best time for pigs to achieve their goals.

Health-wise, pigs will have an average time in 2019. Pigs are advised to find a balance between work and rest. What’s more, they should pay attention to traffic safety when on the road. Finance-wise, they will have very good financial prospects in 2019. They will do well in their investments and get well rewarded.

And finally, where love is concerned, 2019 is a lucky year for the male born in the Year of the Pig in their relationships. They will meet an attractive woman easily this year. For the female born in the Year of the Pig, her relationship’s development will not be as good as for male born under the zodiac. She will need to spend more time on finding a partner but suffer a temporary lack of progress.