Defence Minister General Tea Banh yesterday singled out former opposition leader Sam Rainsy by calling him a liar, reiterating his stance against Mr Rainsy and any movement aiming to resurrect the dissolved CNRP.

Gen Banh yesterday said the army must suppress any movement created by former opposition supporters that aims to go against the government.

“We have measures to prevent such things from happening – no matter how big or small the movement may be,” he said. “I have said from the beginning that small movements must be stopped before it becomes big.”

Following a Supreme Court decision to dissolve the CNRP in 2017, Mr Rainsy created the Cambodia National Rescue Movement and urged citizens to rise up against the government.

“Any attempt at a colour revolution is impossible now, especially after 2013,” Gen Banh said, referring to a failed attempt to change the status quo after the 2013 national election, in which the CNRP won 55 National Assembly seats and the CPP won 68.

“They cannot use the word democracy and human rights in Cambodia. The question is whether you, yourself, have respected and fulfilled the principles of human rights,” he added. “They just accuse [the government] of human rights violations, but what is their purpose? […] They just want sanctions to be placed against those who enforce the law in our country.” 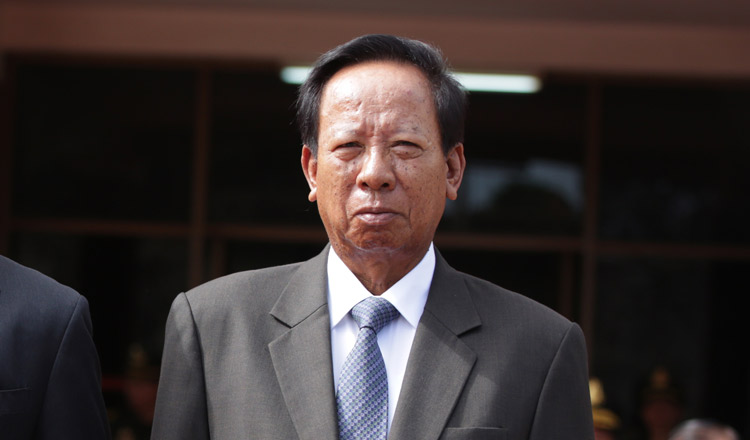 Gen Banh noted that the government is committed to maintaining peace and political stability.

“Their attempt at a colour revolution has not ended,” he said. “[Sam Rainsy] lies to foreigners, he tells them that life is difficult in Cambodia and that the country is being run under a dictatorship. You must put pressure on them.”

Mr Rainsy on Tuesday urged Cambodians citizens to start a movement of their own by enlisting family members who support his cause.

“Some soldiers and their commanders are not happy, so we have to encourage the armed forces under Hun Sen to distance themselves and not listen to Hun Sen,” Mr Rainsy said in a video on his Facebook page.

“Sam Rainsy uses this strategy again and again, that’s why he lost a lot of influence among his supporters,” Mr Vitou said. “I don’t think he can muster his supporters like he used to in the past. Now I guess he can only gather about 30 to 40 percent of what he had.”

Mr Vitou noted that Mr Rainsy’s plan to return is a smokescreen, aimed at testing the loyalty of his supporters.

“If he has no bravery and decides to give up the promise that he would return, Mr Rainsy will no longer attract supporters,” Mr Vitou said. “A politician should keep their promise.”