Colonel Mean Samnang, district police chief, said that at about 7am, 68 workers fainted at the sight of the blood after the worker pricked herself while cleaning a machine.

“When the other workers saw the blood they became dizzy and fainted one after another,” he said, noting that most of them were sent to a clinic for treatment.

Thol Neang, Kandal provincial labour department director, declined to comment and referred questions to his officer Lim Sarom, who could not be reached for comment. 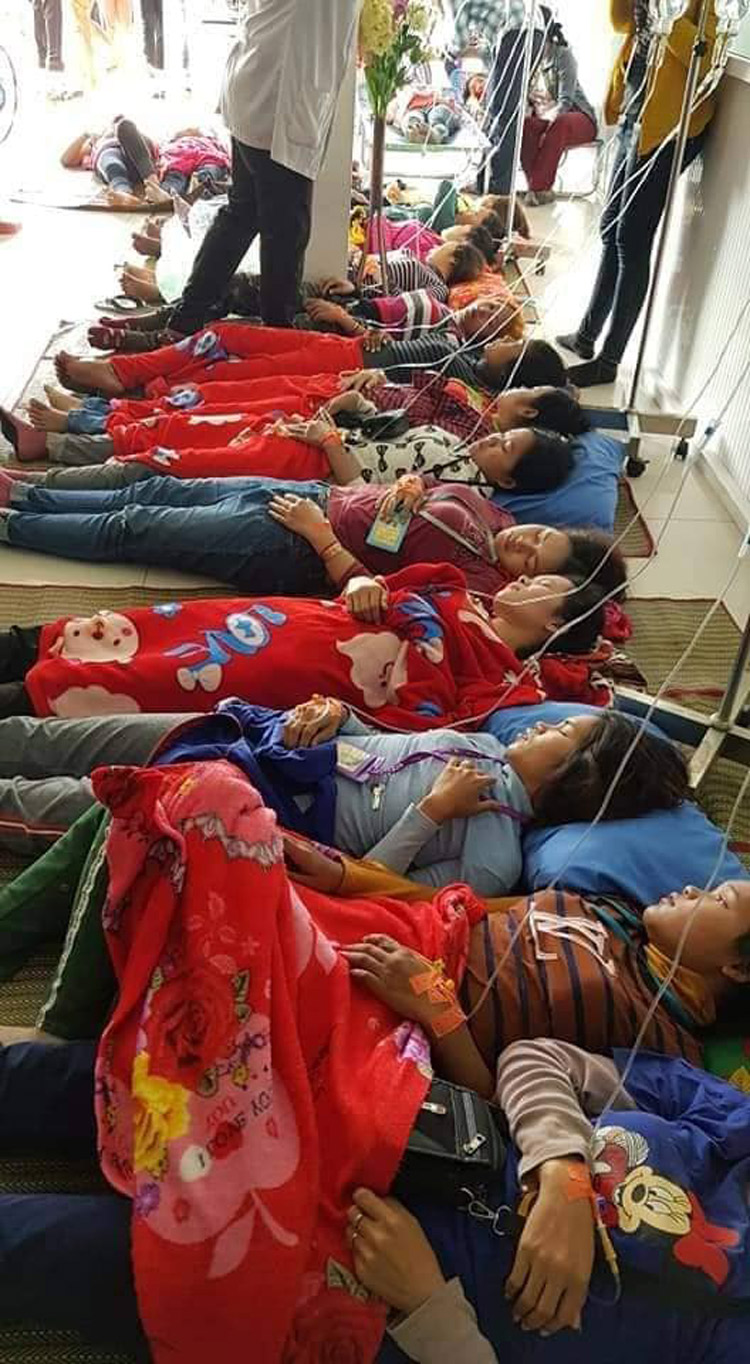 Pav Sina, Collective Union of Movement of Work president, yesterday said he finds it strange that the sight of blood from a pricked finger could cause nearly 70 workers to faint.

“In this case, the Labour Ministry should visit the factory to check whether a strong smell from chemicals used in the premises could have been the cause,” he said. “I think that there must be another reason why the workers fainted.”

Last month, the ministry revealed that more than 2,000 garment workers fainted across the Kingdom last year, a jump of more than 400 when compared to 2017 figures despite efforts by the government to improve factory conditions.

Mr Vanthat said fainting incidents were attributed to the health of workers, chemicals used in garment factories, social problems, fear and high factory temperatures, among others.

“The Labour Ministry has issued announcements, directives and created regulations so garment factory owners improve working conditions,” he said. “If they fail to comply, fainting incidents will keep happening.”