Prime Minister Hun Sen has urged all Cambodians to protect hard-earned peace and oppose any possible interference into internal affairs by foreign countries, citing a political crisis in Venezuela where an opposition leader took power from the incumbent president.

Speaking to thousands of garment workers in Kampot province on Friday, Mr Hun Sen called on citizens to join him to maintain peace, saying that the ongoing crisis in Venezuela arose because of foreign meddling, which could plunge that country into internal conflict.

“I request all of you to participate in maintaining peace in order to ensure the country’s development. If there is no peace, there will be no development,” he said.

“I don’t understand what is happening in Venezuela, the elected president is serving and now the US and some other countries declared to recognise the opposition leader as the new president. So, next this country will face fighting,” Mr Hun Sen said.

The Cambodian People’s Party won a landslide victory in the July 2018 national election and swept all 125 seats in the National Assembly after the opposition CNRP was dissolved by the Supreme Court in November 2017.

“I conclude that they will fight each other because the incumbent president won’t retreat. Why does such a thing happen like this? In this world’s history, there has never been such a thing. The opposition leader did not participate in the election, but they [US] declared to recognise him as president. It is shameful for him to swear himself in and take office,” Mr Hun Sen said.

Mr Guaido, the leader of the opposition-led parliament since, last week proclaimed himself as Interim President after an election marred by an opposition boycott and allegations of vote-rigging, leading to large anti-Maduro protests. The US, Canada and a number of Latin American countries recognised Mr Guaido in quick succession. 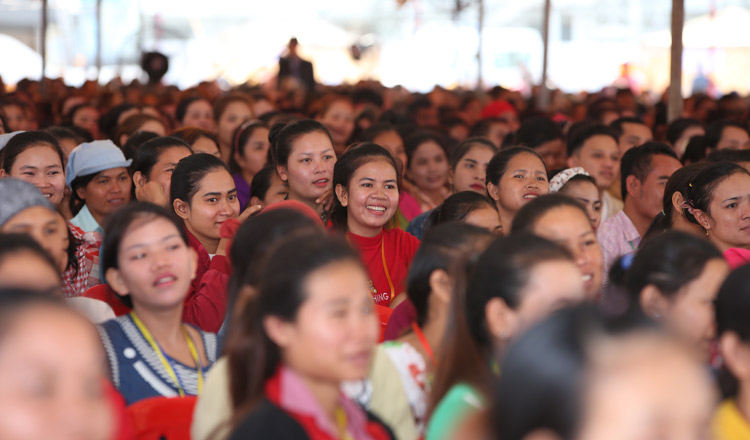 Mr Hun Sen called on all Cambodian people to oppose foreign interference and not to let the country become Venezuela.

“Would they do this to Cambodia?” Mr Hun Sen asked. “Please try and see if you dare to recognise someone else as Prime Minister. The US president and some other countries leaders declare it instead of the Venezuelan people.”

“There is no need to wonder. This is to create trouble, and that is why I insist to be careful with Cambodia’s peace. We must not allow the foreigners to interfere and collude with people inside to attempt to destroy our hard-earned peace,” he said.

Former opposition lawmaker Ou Chanrath yesterday said that he did not want to see such a happening in Venezuela occur in Cambodia.

“I do not want to see what happened in Venezuela to happen here. We see interference from powerful countries, [US and its allies] which are in favour of a new president and Russia has sent a military advisor to support president Nicolas Maduro. So now they are breaking the country into two parts, which could lead to serious civil war,” Mr Chanrath said. “I do not expect it to happen in Cambodia. If we look into this deeply, I think it is an issue that could divide our country. If we have nationalist spirit, we should apply the principle and respect the people’s decision in order to avoid internal conflict.”

CPP spokesman Sok Eysan called what is happening in Venezuela as “modern revolution.”

“It is very strange what happened in Venezuela; the elected president in that country is not recognised by a powerful democratic country and after the powerful country makes a phone call, the opposition leader declares himself president,” Mr Eysan said.

Kin Phea, director general of the Institute of International Relations at the Royal Academy of Cambodia, said yesterday that political development in both countries are different, noting that the conflict in Venezuela arose due to powerful countries meddling in internal affairs.

Mr Phea said that Cambodia’s political situation will never become an issue like in Venezuela.

“Cambodia could not have such a thing arise because most Cambodian people support the CPP, most public institutions and all level of armed forces follow the Royal government,” he said.