The 2019 Tiger Street Football Festival tore through Battambang at the weekend for the fourth stop in its spectacular football roadshow. Teams spanning the province, and beyond, fought it out for the March grand final in Phnom Penh – and a chance to play in front of Brazilian football legend Ronaldinho.

The weekend got underway on Saturday with an astonishing 96 teams registering in the hope of securing one of only 9 qualification spots for the grand final. As a result of the higher than expected turnout, officials reduced game time from six to five minutes except for the semi-finals and the finals, which remained 10-minutes.

Yesterday’s final was a one-sided affair as SPS Sean Piseth blowing away fellow finalist Tiger Night 3-0. A strike in the second half capped a brace of goals in the first half as Sean Piseth took home the $1,500 provincial prize. Runners-up Tiger Night received $1,000 with third-placed Fox Zone (A) trumping PCO FC. Five other teams also qualified for the Phnom Penh finals. 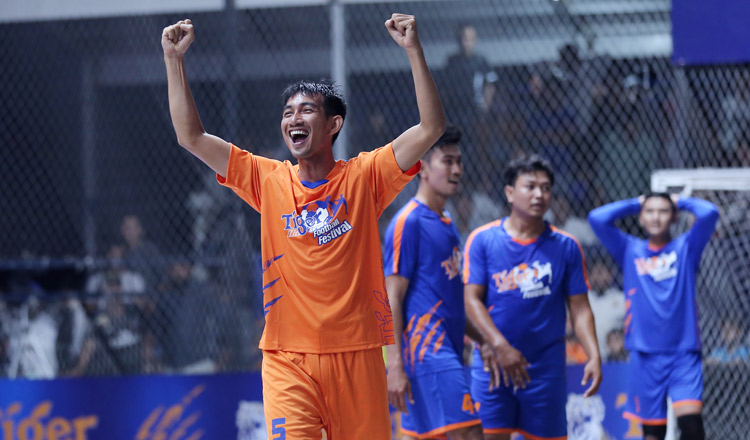 Organisers also announced they are set to bring Brazilian star Ronaldinho to Phnom Penh for the grand final. He is widely regarded as one of the best players of his generation.

His mesmerising tricks, overhead kicks, ‘blind’ passing and dribbling led him to glory with both country and club.

He proved decisive in Brazil’s victory in the 2002 FIFA World Cup as well as in Spanish club FC Barcelona’s triumph in the 2006 UEFA Champions League final.

In 2017, Barcelona appointed him as Global Club Ambassador. He is also part of the Legends project, a team of former players who take part in skill clinics, training sessions, among other activities.

The festival next travels to Poipet for its February 2 weekend. Teams from Poipet, Pailin and Banteay Meanchey are eligible to register and contest for a place in the final.