The Cambodia Rice Federation (CRF) said the European Commission’s decision to re-impose tariffs on Cambodian rice was made too hastily, leaving local farmers and exporters unprepared and unable to remain competitive in the European market.

In a statement issued on Wednesday, the association announced that it will officially protest the decision as a way to aid the ailing rice sector.

The CRF said the tariffs will affect the competitiveness of local rice, explaining that the EU did not give Cambodian farmers and exporters enough time to prepare for the levies.

The statement says that players in the local rice sector need more time to strengthen their operations so that they can remain competitive without preferential trade status.

“The CRF had a meeting on Monday to discuss the impact of EU’s tariffs and it has been decided that the association will protest the decision,” it said.

“At the same time, CRF will work towards improving competitiveness by encouraging internal reform, particularly by reducing production costs and diversifying markets.

“Finally, we call on the Cambodian people to support local rice by buying more rice grown locally,” it added.

Sim Chhoun, a farmer from Battambang province, told Khmer Times that the price of paddy rice was stable, with the exception of the variety known as ‘IR’, whose price dropped compared to last year.

At the end of the last harvest, a tonne of IR paddy fetched $258 compared to last year’s $284, Mr Chhoun said, adding that the price of fragrant and premium fragrant paddy remained stable at $335 per tonne. 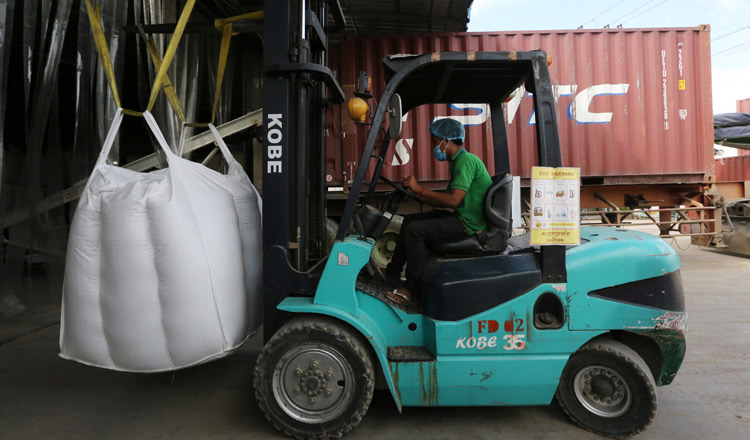 “Despite the drop in price for IR paddy, we still managed to make a profit. Last year the price was higher but it was not stable,” Mr Chhoun said.

He acknowledged a slight drop in the price of IR paddy in the province and said it was due to oversupply, adding that the tariffs did not hurt farmers because all fragrant and premium rice had been sold.

He added that Banteay Meanchey, with 270,000 hectares to grow the crop, produced about one million tonnes of paddy rice during the last harvest, mostly fragrant and premium fragrant.

Last week, the European Commission officially imposed tariffs on rice imports from Cambodia and Myanmar, arguing that they are hurting farmers in Europe.

Last year, Cambodia exported 626,225 tonnes of rice to international markets, a drop of 1.5 percent compared to 2017.

Khemarak University and CMA team up to train microfinance professionals