Dissecting the anatomy of ‘Grey’s Anatomy’

It has survived three US presidents – George W. Bush, Barack Obama, Donald Trump – and it endeavours to carry on until the next new (hopefully, fingers crossed) US president.

“Grey’s Anatomy” has rewritten television history as it has just recently been recognised as the longest-running primetime medical drama of all time – a title they grabbed from NBC’s “ER”.

“Grey’s Anatomy is now the longest running drama on television. Thank you for making TV history. Let’s keep running into the future.” With a pair of sneakers and some gifts, showrunner Shonda Rhimes tells cast and crew to keep running and continue the magic of the series she created in 2005.

Over three hundred episodes in a span of fifteen seasons, thousand buckets of tears, laughter, heartaches, multiple elevator smoochfest, on-call room make out sessions, surgery room gossips and a little dash of dancing plus tons of newfound medical jargons that one could proudly use to brag with some friends, “Grey’s Anatomy” has definitely become part of the television’s anatomy.

Thus, it’s fair to ask why and how does a show like “Grey’s Anatomy” continue to seize the interest of viewers for fifteen solid years and still making fans crave for more and even much more.

Diverse yet empathetic; ordinary yet hot characters – these best label “Grey’s Anatomy” as it plays out on TV every Thursday. The show has been produced in an era where revolutionary showrunners, like Shonda Rhimes, rebuff the years of whitewashed casting in television or movie industry.

Although Dr. Meredith Grey, played by Ellen Pompeo, is white, the supporting casts surrounding her life in the series are diverse. From Golden Globes-winning actress Sandra Oh, an Asian who played Meredith’s best friend Cristina, to the number of black characters that became part of the ensemble including Chandra Wilson as Dr. Miranda Bailey, James Pickens Jr. as Dr. Richard Webber and so many others.

This season, “Grey’s” introduces another LGBT representation of that of hotshot surgeon Dr. Nico Kim (Alex Landi), one of the “Ortho Gods” (yes, they’re labeled that way in Grey-Sloan Memorial Hospital) in the hospital, and his intern Dr. Levi “Glasses” Schmitt (Jake Borelli). In fact, in the couple’s first kissing scene on TV, actor Jake Borelli (Dr. Schmitt) came out and celebrated that moment in his Instagram saying: “As a gay guy myself, tonight’s episode was so special to me. This is exactly the kind of story I craved as a young gay kid growing up in Ohio, and it blows my mind that I’m able to bring life to Dr. Levi Schmitt as he begins to grapple with his own sexuality this season on Grey’s Anatomy…”

The show’s diverse representation in television has made them considerably empathetic. Viewers reflect themselves in each of the series’ ordinary characters leaving them say at the end, “What the…that’s me!”

And yet, “Grey’s Anatomy” has a way of raising these ordinary characters into extraordinarily fine ones. I mean… Come on, did you see the cast? They are a pack of ridiculously hot, gorgeous, charming male and female doctors, making fans drool as they make rounds in your telly every Thursday.

Brilliant lines; discerning life’s lessons – from season one until the current season fifteen, “Grey’s Anatomy” has consistently maintained its smart writing, not just in its plot, but also in every line that the characters deliver.

How many girls in our generation call their crushes “McDreamy”, comparable to Meredith’s reference to Derek (Patrick Dempsey). And perhaps many of you have been telling your significant others, “You are my person” – a line that wasn’t actually intended to be romantic of any sort.

This famous quote was originally said by Dr. Cristina Yang (Sandra Oh) to her best friend Dr. Meredith Grey (Ellen Pompeo) in a very random yet emotional scene – when Cristina tells Meredith that she puts her name as an emergency contact for an abortion that she has scheduled, “They wouldn’t let me confirm my appointment unless I designated an emergency contact person, someone to be there just in case and to help me home, you know, after. Anyway, I put your name down. That’s why I told you I’m pregnant. You’re my person.” And just that, viewers picked up the brilliant line and relate it to their own “persons” or to anyone who has become their go-to person, their partner in crime, their best friend, their true love, their soulmate per se.

“Grey’s” quotable quotes have become powerful medium that impact viewers and grasp their attention to the very end. Somehow, these brilliant lines, either in series, movies or books translate our own personal language that we use to converse with our deepest self, perhaps just to remind or empower. 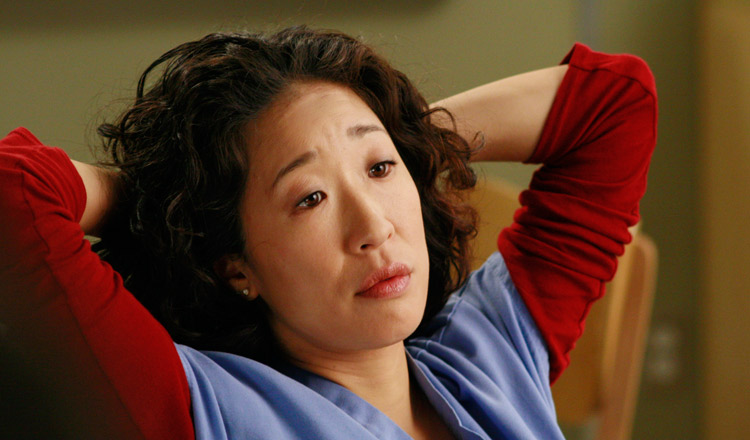 The intelligent writing and poignant lines delivered by the characters in the series is one of “Grey’s” greatest gifts. In all ways, words could pierce one’s heart and soul – and “Grey’s Anatomy” got that covered. All of Meredith’s closing monologues always strike a chord to anyone; there is a relevant takeaway about life, surviving with life, love, hurting with love, surviving the hurt from love, falling out of love, moving on, etc., etc., the list is endless.

Melancholic yet cathartic – Every “G.A.” fan has their own favourite episodes, and mine is Season 5’s ‘Sweet Surrender’, for it has moved me to my very core. In this episode, Izzie (Katherine Heigl) is getting seriously sick with cancer, Meredith is excitedly conceptualising her wedding with Derek (Patrick Dempsey), while Bailey (Chandra Wilson) is ardently comforting a dying six-year old girl. It’s one of the hundreds of episodes of “Grey’s” that illustrates the intersectionality of life and death; of hope and survival. It makes viewers immerse into a dimensional spectrum of emotions within a running time of 45 minutes.

“It felt like there were a thousand stories in every room and there is something really great about that idea,” Shonda Rhimes once said in an interview.

Hospitals are galleries of thousand stories about life and death. And seeing those stories unfold in a third-person perspective makes it even more fascinating. It compels the outsiders to come in into every hospital room (even to the ER) and cry and laugh with each of the patient’s story of loss and survival.

Even though it is rather sad to admit that medical dramas like “Grey’s Anatomy” provide a massive space for damaged personas, it is basically the reason why it garners a wide appeal among the majority – not because viewers are drawn to sadness; but because a lot of these viewers crave to witness vulnerability play out on a stage where they are not among the characters. It brings a cathartic experience among viewers to just simply observe pain and loss, suffering and hopelessness and not actually feeling it themselves.

A hard habit to break – no, it’s actually more than a habit, “Grey’s Anatomy” has become a considerable culture, a tradition that’s not just easy to curtail. It’s a habit minus the monotony of having that habit. It’s like riding the exactly the same roller coaster multiple times, yet the fun, thrill and excitement never grow old. 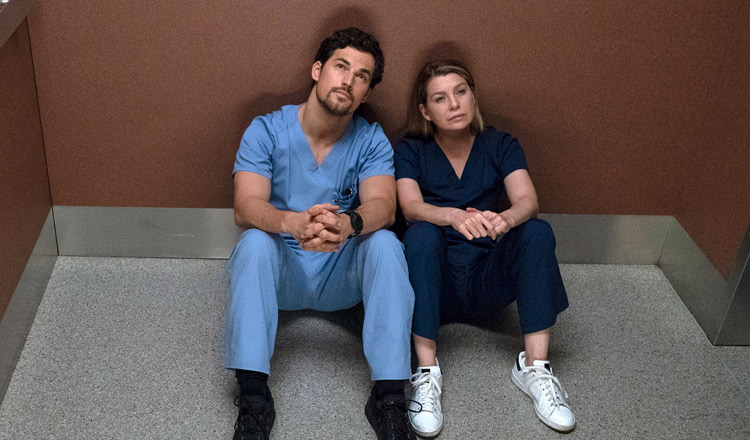 The series has become a tangible example that a story plot can be never-ending, for as long as the writing and storyline continue to remain sharp and relevant.

Fifteen long years of dissecting the intriguing anatomy of Meredith, her co-doctors, including her patients’ lives is no joke. Viewers simultaneously grow with the characters that they have been associated with – from the internship years of Grey and her colleagues until they have managed their way up in their career, sideways some rough and smooth situations in each of their personal and professional lives.

But unlike any other habit, “Grey’s Anatomy” has maintained its evolving dynamics on TV with every twist and turn of the its storyline, which effectively keeps people coming back for more. Characters come and go, couples split and reconnect, some die, some continue to live, new medical cases, new challenging surgeries – there is no pattern formed from episode to episode, aside from the fact that there is one common homebound – all of it happens in Grey-Sloan Memorial Hospital (this is even the third rename of the hospital).

Will it ever end? Of course, it will and it should. But saying that would mean ending Meredith Grey’s character as well, after all the entire series was billed after her. But while Meredith continues to survive all encounters, flukes inside and outside the hospital, then expect to see more of it in the coming years, otherwise the most definite answer to that question is yet only known to Meredith Grey herself.