“Cambodia is opposed to the idea of Taiwanese independence of any form, and will continue to support the peaceful development […] and reunification of China,” the joint communique said. “Cambodia will continue to adhere to the One-China Policy and recognise that the government of the People’s Republic of China is the sole legitimate government representing the whole of China, and that Taiwan is an integral part of China’s territory.”

During the Chinese Civil War in the mid-20th century, communist forces led by Mao Zedong pushed the pro-democracy forces of Chiang Kai-Shek all the way to Taiwan.

The war has since ended, but Taiwan has always presented itself as a sovereign state, separate from China. However, in 1972 China issued its One-China Policy, stating that Taiwan is part of China.

Today the world is divided into two groups; one that recognises China’s unification claims and one that does not. The One-China Policy is also a prerequisite for any country to deal with Taipei through Beijing.

He said that during his visit, Mr Hun Sen met with Chinese President Xi Jingping and other top Chinese government and communist party officials such as Li Keqiang, Premier to the State Council of China; Li Zhanshu, National Chairman of the National People’s Congress and Yang Wang, chairman of the Chinese People’s Consultative Conference. 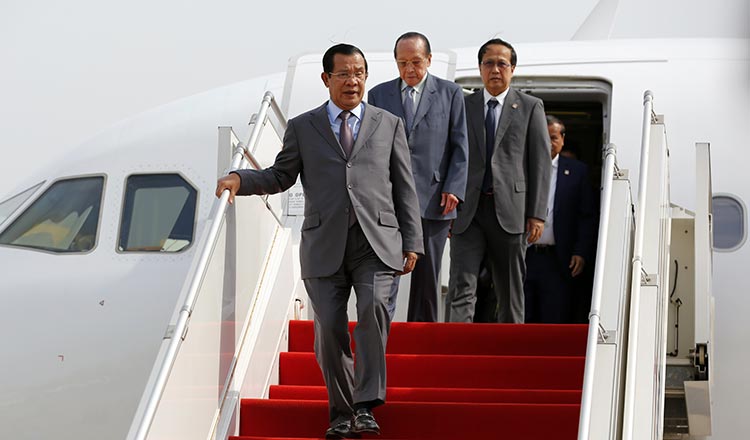 “It is the first time that we have seen agreements linking to the overall strategy of the Belt and Road Initiative,” he said.

Mr Kim Hourn noted that Mr Hun Sen also managed to secure a quota increase of imported Cambodian milled rice from 300,000 tonnes to 400,000 this year in order to offset tariffs imposed on the Kingdom by the European Union.

“President Xi Jinping officially announced that China will provide about $600 million for Cambodia over the next three years in order to support Cambodia’s economy and road and energy infrastructures,” he said. “There are lots of good results from the visit, such as agreeing to strengthen bilateral relations and cooperation between the two countries. This visit has made Cambodia-China relations the highest it’s ever been in history. The visit was a success, especially when it comes to politics and the economy.”

“When China opened up its market to Cambodian imported rice then it sends a very strong message,” Mr Kim Hourn added. “The EU imposed taxes on our imported rice and threatened to revoke the Everything-but-arms treaty. There are many markets out there in other countries for Cambodia, especially China.”

According to the joint-communique, China and Cambodia agreed to cooperate in the sectors of diplomacy, national defence, law enforcement and security.

It also said that both countries agreed to speed up the BRI’s strategy, with a goal of reaching bilateral trade value of $10 billion by 2023.

It also noted that both sides agreed to dub 2019 as “Cambodia’s and China’s Year of Culture and Tourism”, as both countries cooperate in other sectors such as forestry, agriculture, fisheries, science and technology, environmental protection and in the Mekong-Lancang Cooperation.

Royal Cambodian Army to host parade with troops and weapons