Women and NGOs are concerned that women working in the informal sector still suffer the most from gender inequality and have urged the government to put in place essential services to end this growing trend.

On Sunday, Oxfam in Cambodia organised a public forum, attended by 200 informal workers, youths, government officials and NGOs to discuss gender inequality and other related issues.

Nov Leackena, an Independent Democracy of Informal Economy Association official, yesterday said that women working in the informal sector do not get protection from the government as those in other sectors.

She said women who sell wares along sidewalks and work informally in construction sites and other places still face safety and health issues. 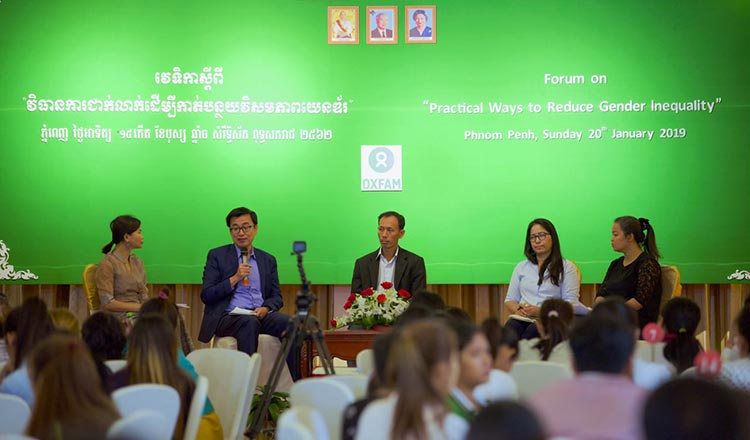 “Women who sell wares along the sidewalk bring their children along because there is no one at home who can care for them,” she said. “Women working informally in construction sites are also not given safety protection and are not covered by health insurance.”

Ms Leackena appealed to the government to also take care of women who work in the informal sector just as it does for those working in other sectors.

Om Manith, from the Cambodia Food and Service Workers Federation, yesterday said that women who work in the entertainment sector also do not get proper protection from the government.

“Women working in the entertainment industry also have safety concerns and do not have health insurance from the state,” she said. “That is why we appeal to the government to ensure their safety in the workplace and provide them with health insurance.”

According to a press statement from Oxfam yesterday, everyone suffers when public services are neglected but women and girls pay the highest price.

It said girls are pulled out of school first when money isn’t available to pay fees, or when sick relatives and young children need to be taken care of.

The statement said women spend hundreds of extra hours of unpaid work looking after babies and sick relatives when healthcare or other public services are not accessible.

Solinn Lim, country director of Oxfam in Cambodia, yesterday said that women and girls suffer most from gender inequality.

“The expectations on girls and woman to care for the family, place them at the disadvantage to boys and men when it comes to accessing the labour market and earning a stable income,” she noted.

Chhun Hak, director-general of gender equality and women’s economic empowerment in the Women’s Affairs Ministry, said that the government has taken note of these concerns and is preparing action to address the issues. 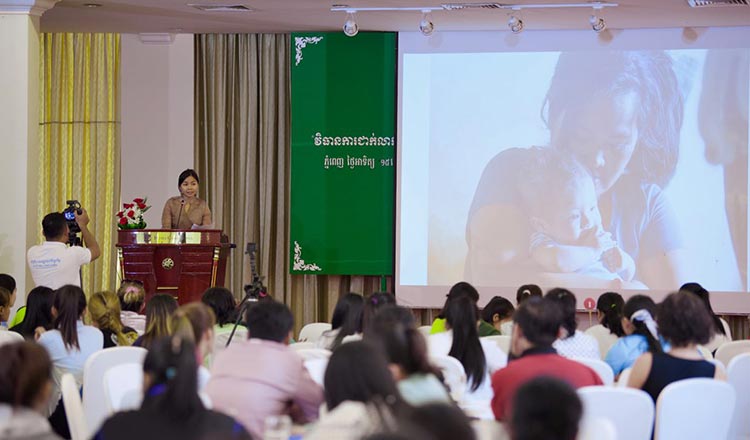 “I am interested in calls to create baby nurseries to encourage women to work or do business,” he said. “We will discuss this issue and others such as healthcare and safety to find ways to address them.”

According to recent report by the ILO, 93.1 percent of workers in Cambodia are in the informal sector, the highest number in the region.

The report said that more than half of them are women and that a woman in Cambodia spends an average of two extra hours of work per day than a man.

It said the extra responsibilities vary from caring for young children or sick relatives, to fetching water and food for the family.

To reduce growing gender and social inequality in Cambodia, Oxfam recommends that the government spends more to improve the quality of essential services, such as healthcare, education and social protection.

It said access to NSSF services should also be extended to marginalised workers, especially women, and the government should ensure that women have access to maternal health and parental benefits that support income lost during pregnancy and birth.