Working in a foreign place – with a culture and language that are different from what you’re accustomed to – can be very challenging. And many of these barang workers take consolation in having a couple of weeks in their homelands every year, spending time with their loved ones before burying themselves into work again. Filipino workers – whose presence has become a constant in the Cambodian workforce – are just some of the barangs who spend months and years in their respective offices and fields in order to put food on their families’ tables back in their home countries. With most of them getting at least a 15-day yearly vacation leave, it is but their great joy to go home even for a short time.

And now, with Philippine Airlines’ upcoming launch of the direct flight from Phnom Penh to Manila, Filipinos’ journey home will now be much more convenient and faster. Philippine Airlines (PAL) – Philippines’ flag carrier – presented its new services to Filipinos at the Philippine Embassy on January 11, giving them a happy start to their 2019.

“This is really for all the Filipinos here in Cambodia. We made this for you. So, we hope that this flight will be successful and that we will be able to retain and sustain this flight operation. We hope to see you in our future flights,” Marie Jemma Saranillo, regional sales manager of PAL, said during the event, also noting that PAL recently obtained its 4-star rating from Skytrax – another milestone not just for the airline but for the country as well. 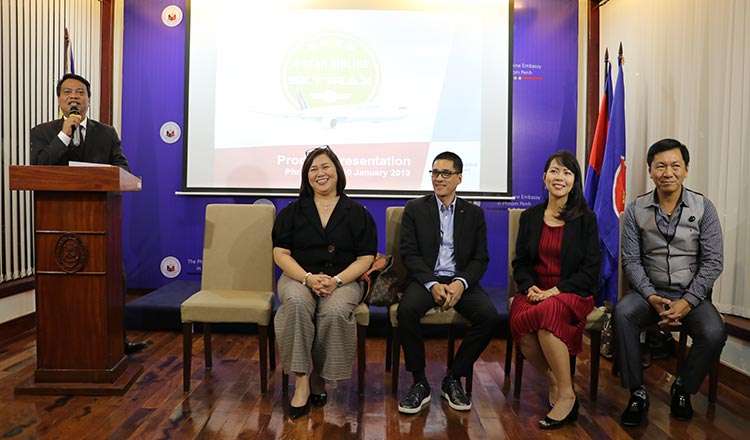 Paolo Rene Diaz de Rivera, sector manager of PAL, added that the flight schedules from Phnom Penh to Manila and vice versa have been made ideal for Filipinos so arrivals and departures would be not hit by the nightmarish Manila traffic. Introductory promotional fares are also made appealing and competitive.

The Phnom Penh-Manila flights, which will start on April 2, will be using an Airbus A320, with 144 economy seats and 12 business seats. There will be five flights weekly from Phnom Penh to Manila and vice versa.

Philippine Ambassador Christopher Montero said that the arrival of PAL in Phnom Penh International Airport is but a dream come true for all Filipinos in Cambodia as well for Cambodians who have been dreaming of visiting the Philippines. The direct flights are seen to further promote tourism and friendship between the two Southeast Asian nations.

Did somebody turn off the lights?

Keeping up with your kidneys