Information Minister Khieu Kanharith on Monday called on the public to help officials monitor fake news in order to prevent it from impacting society and affecting public security.

“His Excellency the minister has ordered that steps be taken to counter fake news because they affect public interest and slander the government,” he said.

Mr Kimseng noted that previously fake news, including ones on hacked websites, had published untrue stories, such as the arrest of tycoon Kith Meng or that the Prime Minister had been killed.

He said the government has already created a joint committee comprising representatives of the National Police, Telecommunication Ministry and Information Ministry, tasked with preventing the spread of fake news.

“We already have the joint committee working on this issue and will create a mechanism for the Information Ministry to respond to fake news immediately,” Mr Kimseng said. “Some fake news is harmless and just meant to be humorous while others poison people’s minds so people must judge news based on facts.” 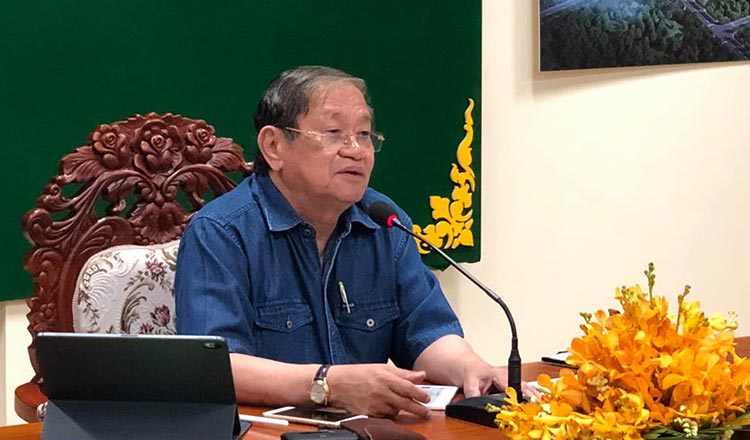 Huy Vannak, Union of Journalist Federation of Cambodia president, yesterday said that he supports the call for the public to monitor fake news.

“I support the minister’s call for the public to help counter fake news,” Mr Vannak said. “They create fake accounts to spread malicious news or to commit offences.”

“There are also fake accounts which are used to violate the dignity of women or other innocent people,” he added.

Mr Vannak appealed to the public to sift through and verify news, by checking with experts, before passing these on to others.

“Fake news affects people in general by clouding their views on issues,” he said.

During a meeting with the media on Friday, Prime Minister Hun Sen urged all journalists to fight against the spread of false information, noting that social media is rife with fake news.

He added that the most effective way to combat fake news is to publish facts in a timely manner. He also said that journalists should be professional by avoiding news that misleads, incites and insults.