Home - BIRD BOX : Thanks to the Memes and Sandra Bullock

BIRD BOX : Thanks to the Memes and Sandra Bullock

“Dare not to look or you will die!” Malorie’s shaking voice resonates while she reminds Boy and Girl of that one crucial mantra that could spare them from dying. She tries to suppress her own anxiety and fear. They could die anytime now, she knows that, but she needs to keep going; she needs to stay calm, at least for Boy and Girl. That’s what only matters now – to keep them both safe and foremost, alive.

Grabbing all the essential stuff they need – blanket, few canned goods, radio transmitter and a box with birds inside. Absurd but that’s true. They can lose the other things they have, but not the box. The birds inside will warn them if the danger is looming. The box is their lifeline. The box could be their only strand to survival.

It’s time. They need to go now. They need to take this journey to that unknown destination that could perchance save them. But before they could reach that elusive paradise; they need to endure first the freezing cold, the unforgiving river and the boundless darkness.

The clock is ticking. “They” are coming. It’s time now. Putting their blindfolds on, Malorie, Boy and Girl, silently and blindly start their voyage into sheer darkness hoping to come through the light.

It’s been nearly a month since Netflix dropped this apocalyptic-thriller movie “Bird Box”, but the world is still going crazy about it until now.

“Bird Box” follows the unfortunate circumstances of Malorie, played by Academy Award-winning actress Sandra Bullock, alongside other random strangers as they all struggle to survive the attack of a mysterious “presence” or “force” as they call it, that once someone sees it, he or she will die by suicide.The movie is told in two different timelines that cut back and forth from past and five years in the future: the first one narrates Malorie (Bullock), together with 2 children called Boy and Girl, attempting to locate that safe zone, while undertaking a perilous journey in the river blindfolded; the second timeline tells about the beginning of the supernatural catastrophic events. The film will definitely give you a nail-biting wild ride from start to finish – the kind that will leave viewers in the end, baffled with more questions rather than answers.

Albeit it’s being quite a terrifying watch as you get on the new year, this Sandra Bullock-starred movie has already broken records on the online streaming service with over 130 million Netflix subscribers (or non-subscribers for sure) watching, and they all can’t stop talking about it!

So, is it really that good? Hmmm…actually, it’s just okay, typical and not that OMG-inducing kind of film. I mean, for one, I saw “Bandersnatch” first prior to watching “Bird Box”. Nevertheless, there are these few considerable factors that somehow made this film continue making a buzz worldwide.

It’s everywhere! Whether in Facebook, Twitter or Instagram, the presence of “Bird Box” is extensively felt and Netflix is seriously aware of that. Just days after the movie started to stream online, Netflix tweeted, “Took off my blindfold this morning to discover that 45,037,125 Netflix accounts have already watched Bird Box – best first 7 days ever for a Netflix film!” And in a snap, “Bird Box” memes are exploding into all social media platforms.

Whether or not its intention is to mock or just to have fun, all these memes are aiding to the film’s fame in social media and increase in viewership. Take for example a meme that’s deliberately initiated by Netflix, showing a crazy character in the movie forcing someone’s eyes to open and look at “the presence” with a caption: “Me to my three friends who still haven’t watched Bird Box.”

From funny memes even to Twitter banter of some celebrities, “Bird Box” has undeniably created a frenzy in the market, just like this sarcastic reply of model-turned-John Legend’s-hot-wife Chrissy Teigen to Kim Kardashian’s “Bird Box” tweet, which goes “KIM: Watching Bird Box. I really like it. Who has seen it?” and Chrissy replying “Kimberly like everyone in the entire world.” Indeed, this immense bandwagon of popularity did pull everyone out of their rocks and effectively nudged people to stream the movie and watch it.

However, the craziest ripple effect that the movie “Bird Box” has caused is the #BirdBoxChallenge memes, which came and started from nowhere, but practically perhaps from folks whose creativity and imagination border on insanity. In the #BirdBoxChallenge, people are seen blindfolding themselves while doing their normal tasks – walking, running or even driving their car – literally mimicking scenes from the movie.

It is that crazy and not to mention utterly dangerous, that Netflix has issued a precautionary warning via Twitter, for those who are doing or about to do the meme challenge: “Can’t believe I have to say this, but: PLEASE DO NOT HURT YOURSELVES WITH THIS BIRD BOX CHALLENGE. We don’t know how this started, and we appreciate the love, but Boy and Girl have just one wish for 2019 and it is that you not end up in the hospital due to memes.” 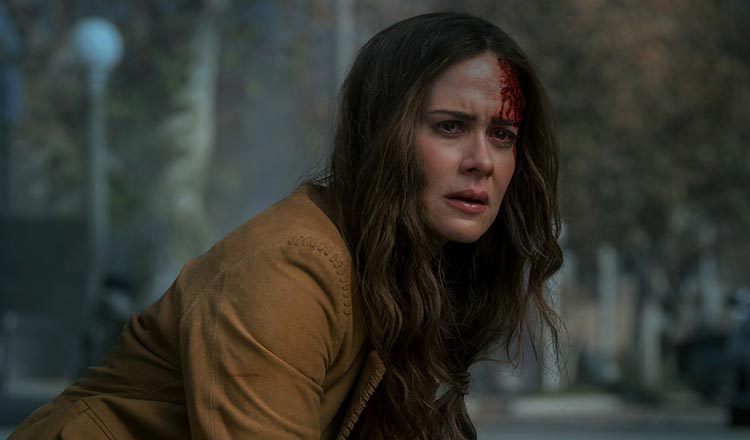 Well, so much for the social media, but the movie Bird Box should give Sandra Bullock the adequate credit for its massive success. The “Miss Congeniality” and “The Blind Side” star has successfully pulled off and slayed each scene of the movie, which somehow, made me finish it to be honest.

Bullock confessed that it was frustrating to act out an emotion with eyes shut and only her voice doing the game. But still, every intense emotional reaction is nailed, making us authentically feel how was it like to try to survive in darkness when you know that you are capable of seeing the light. Each conversation that Malorie (Bullock) engages with her children, Boy and Girl, is poignant. To me, the most moving is that scene where Malorie has to choose who between Boy and Girl should take off the blindfold and act as watcher when they have to pass through dangerous rapids in the river.

In one of her interviews, the Oscar-winning actress shares that it was seriously challenging filming “Bird Box” as she has to wear blindfold all the time, that she accidentally runs to the camera multiple times, “We had to navigate our senses. There was a little blood and a few tears, and I was okay.”

So basically, it’s the superb acting of the cast that makes “Bird Box” outstanding and not its wonted apocalyptic storyline that’s often quite comparable to Emily Blunt’s “A Quiet Place” and Mark Wahlberg’s 2008 movie “The Happening” – and Netflix should be extremely grateful to Sandra Bullock for that.

Is it bingeworthy? Of course! Not because it’s critically acclaimed, or it will gather Academy nominations (who knows); but just simply because you needed to get entertained, get your adrenaline pumping high and most importantly, you don’t want to be one among the five (maybe) people in this planet who still haven’t seen it.