Representatives of residents involved in land disputes in Kratie province’s Snuol district yesterday expressed fear for their safety following warnings by authorities that legal action will be taken against those who lead protests in Phnom Penh.

Toch Dul, 42, who claims to represent 665 families among more than 1,000 families that have land disputes, yesterday said that in the last few days, local authorities have used loudspeakers in the village to tell residents not to go to protest in Phnom Penh as the authorities are already working to resolve their land dispute with the Memot Rubber Plantation Company.

“When we want to go to Phnom Penh, the authorities say that we are inciting the residents and they have announced through the loudspeaker that they will take legal action and arrest those who lead the residents to Phnom Penh again,” Mr Dul said. “The residents have warned four or five of us representatives to be careful.” 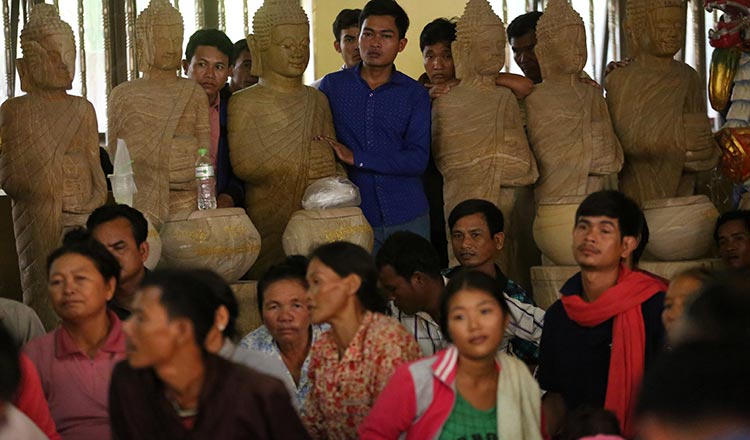 “This is a threat to us as representatives although we do not gain anything from the protests, and only want to help get the land back,” he added.

Mr Dul noted the residents were willing to go to Phnom Penh voluntarily and are not being forced or incited.

Seng Noun, another resident, said the provincial authorities seem to be slow in dealing with the land distribution to the people and they have to go and ask for intervention from relevant ministries and institutions in Phnom Penh.

“The authorities please expedite the settlement, because we have no land for farming and also have no jobs, and do not know where to work for others,” she said.

According to the residents, they have come to Phnom Penh to petition their cause about ten times since March 2018.

On December 28, the Kratie provincial administration released a press release stating that a working group had been identifying and implementing the procedures for granting social land concessions to the people who had a land dispute with Memot Rubber Plantation Company in Snuol district’s Pi Thnou commune, where up to 1,548 families have applied for land.

The statement said that at the same time, there are also some people who incited residents to protest in Phnom Penh, obstructing the process of implementing efforts to provide social land concessions to the residents and also affecting security and public order. 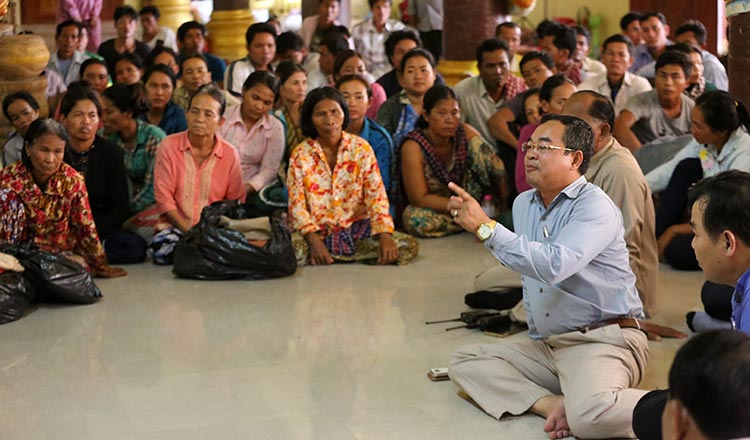 Khan Chamnan, Kratie deputy governor, yesterday said that the warnings by the local authorities was based on the provincial administration’s announcement on legal action, and it was not a threat to the representatives.

“Our announcement is to facilitate the residents to follow the procedures and participate in it together,” he said. “If 40 or 50 residents go to protest in Phnom Penh, but more than 1,000 families are waiting in the province and the authorities have to go to facilitate it would make the resolution slow.”

Mr Chamnan noted that up to now the provincial authorities have already received all applications for the distribution of social land concession from the people.

“We are busy on this work, to try to finish it and then divide land for them in March,” Mr Chamnan said. “So, we ask the residents to understand and not to believe the incitements by some people.”