Banteay Meanchey Provincial Court yesterday charged a gambler and his girlfriend who allegedly trafficked more than one kilogram of crystal meth in Poipet city on the Cambodian-Thai border.

He said that both were charged with drug trafficking and face up to 25 years in jail each if convicted. They are now in prison pending trial.

Col Bunsoeung said Mr Sensovann and Ms Ratha were arrested on Sunday at a rental house in Poipet commune and police seized a package of crystal methamphetamine weighing 1,015 grams, two phones and other drug paraphernalia from them. 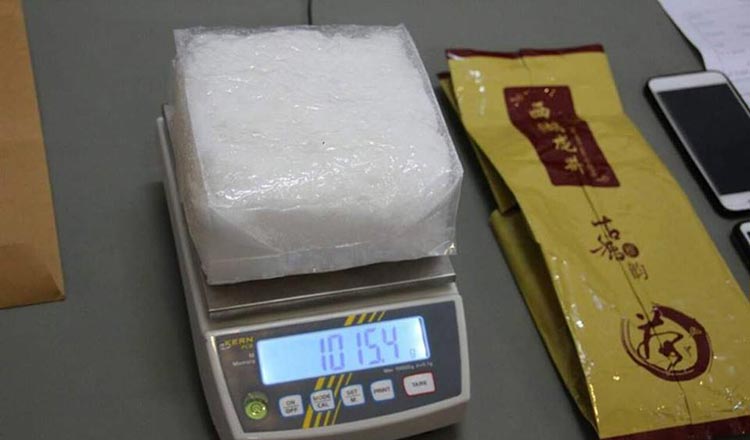 Captain Keo Sangvar, a city military police officer, said the accused were distributors who sold drugs to users in casinos around the city.

He said they were arrested at about 11am on Sunday after military police raided their rental house in Kbal Spean I village.

“During their interrogation at the military police station, they both admitted committing the offence,” Cap Sangvar said. “They confessed that they had been selling drugs to users in casinos for three months before their arrests.”

“They also confessed that they always bought the drugs from an unidentified man living in the city who is now at large,” he added.